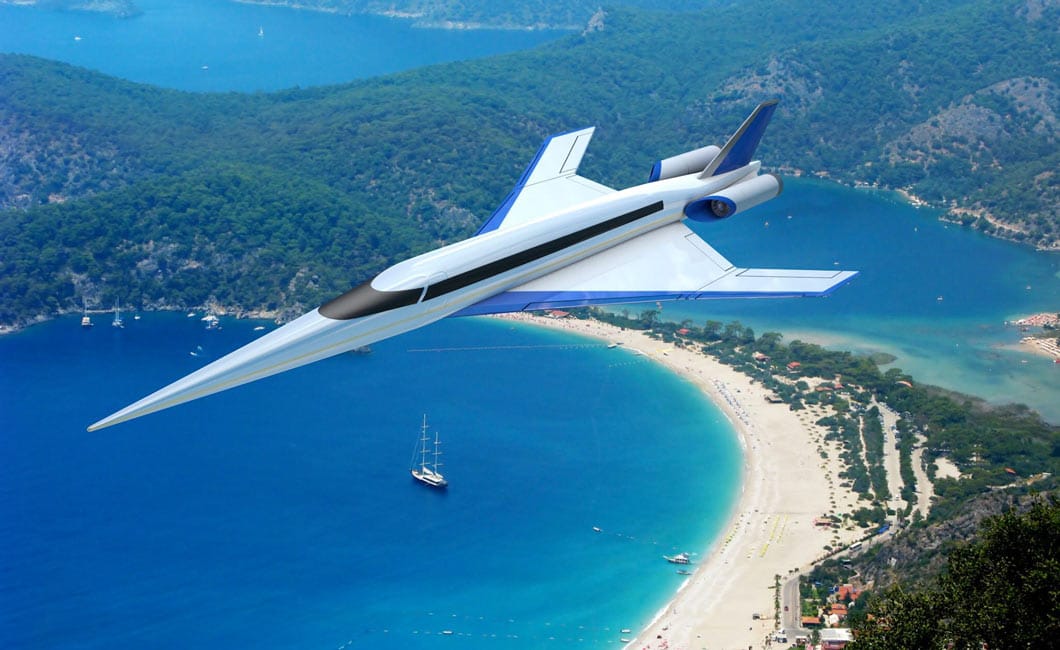 Certification for the Cessna Citation Longitude is expected by the end of 2017.

Textron Aviation has rolled out their first production unit of the Cessna Citation Longitude. Ron Draper, the Senior Vice President of Integrated Supply Chain, says that the Longitude represents a new standard in the super-midsize segment, in terms of design, performance, and the manner in which it’s being manufactured. He adds, “We’re incorporating a number of new and innovative fabrication and assembly techniques that will improve processes, reduce the number of parts and provide excellent quality and precision that will aid in the overall maintainability of the aircraft.”

One of the new technologies the Longitude production program is taking advantage of is monolithic machining, where major assemblies are “milled from a single piece of metal rather than assembled from smaller pieces.” This reduces the number of parts, which in turn results in “more precise tolerances for easier assembly.” Borrowing something they first utilized when manufacturing the Citation Latitude, company officials say they’re also making use of vertical tooling on the Longitude’s assembly line. This provides both enhanced ergonomics for the employees and uses the space in the factory more efficiently.

Draper says that careful attention to detail, combined with the advanced techniques, results in a beneficial production process for customers, and allows them to move “more quickly from concept to delivery with a high-quality product that we know will exceed the expectations of our customers.“

The first production Longitude will join the company’s demo fleet this summer and will be used to showcase the aircraft to customer worldwide. The company also notes that the four test Longitude aircraft have now racked up more than 550 hours of flight time. A fifth test aircraft is expected to join the program later in the summer, with the company still planning to bring the Longitude to market by the end of the year.

Textron Aviation has added a fourth Cessna Citation Longitude to its flight testing fleet, helping keep the company on track for their anticipated FAA type certification later this year. According to the company, the fourth test aircraft, which is outfitted with a fully configured interior, will be used to test and evaluate the “fit and finish” of the interior, and the environmental control system, pressurization, and other cabin technologies.

Longitude number four had its first flight on Saturday, May 6, departing from the company’s Beech Field in Wichita, with test pilots Andrew Peters and Brian Gigax at the controls. During the flight, which lasted 3 hours and 20 minutes, the aircraft hit all of its performance targets. Since the Longitude test program launched in October 2016, they have accumulated more than 200 flights totaling more than 400 hours.

Brad Thress, Textron Aviation’s Senior VP of Engineering, said that with four aircraft flying in the test program in a little under eight months, they were showing their development processes and teams are among the best. He added that in addition to more systems testing, “this fourth aircraft allows us to evaluate the overall passenger experience in the cabin, which is just as vital as the performance and technology in the cockpit.“

Textron Aviation revealed today that they’ve added a third aircraft to their Cessna Citation Longitude flight test program and that the new test aircraft just completed a successful first flight. During the 100 minute flight, test pilots Corey Eckhart and UJ Pesonen and flight test engineer Mike Bradfield successfully tested a number of different systems. According to Textron, this third aircraft will be used for avionics and systems development and collecting flight simulator data.

The company also reports that in addition to the progress in their flight test program, they’ve started assembly line flow in their east campus Plant IV manufacturing facility, where the first four production Longitude aircraft are “currently in progress.” They add that the production aircraft are being built using the “same advanced tooling and manufacturing techniques” that were used in building the Longitude flight test aircraft, ensuring precision and quality.

Brad Thress, Textron Aviation’s Senior VP of Engineering, said that the speed at which their team is achieving milestones is an important indication to customers of both the maturity of the aircraft’s systems and the proficiency of the company’s processes.

Thress added that “We continue to build momentum in the program, and the team is dedicated to getting this world-class aircraft in the hands of our customers.”

Company officials say that they still expect the Cessna Citation Longitude to receive its certification by the end of the year.

Cessna has announced that the second aircraft in the Cessna Citation Longitude flight test program has completed its first flight, just over a month after the first prototype completed its first test flight. Test pilots Scott Foster and Peter Fisher flew the aircraft during the flight, which lasted about 90 minutes and hit Cessna’s expected performance targets.

Cessna says the second aircraft “will be used in the flight test program primarily for systems testing, while further expanding the aircraft’s performance envelope.”

According to Scott Ernest, Textron Aviation’s President and CEO, “In the 12 months since we announced the Citation Longitude, our team has been right on target in meeting the program milestones, further validating our industry-leading development process.” He added that the performance numbers and sparking strong worldwide interest in the aircraft, and that the Longitude team is working hard to carry the momentum into 2017.

The company intends on having multiple flying aircraft in the Longitude flight program, as well as “several ground-test articles and more than 40 additional test articles for various sub-systems.”

Cessna has announced from the currently running 2016 NBAA convention that the Cessna Citation Longitude will exceed their original performance targets, with both improved range and payload. According to Cessna, the Longitude now has a range of 3,500 nautical miles, an increase of 100 nautical miles, and has a full fuel payload of 1,600 pounds, an increase of 100 pounds.

According to Michael Thacker, Textron Aviation’s Senior VP of Engineering, “These performance enhancements for the Citation Longitude are a direct result of our industry-leading engineering processes that allow us to meet our program milestones and exceed our customers’ expectations.” He added that the increased range and payload were particularly important to customers flying non-stop routes such as New York to Paris.

After being unveiled at NBAA 2015, running engine tests in August, and having a successful first flight earlier in the month, the Citation Longitude made its flying debut at NBAA 2016, where it is currently on display. The company expects to have the aircraft certified sometime in 2017.

Cessna has successfully completed the first test flight for their Citation Longitude super-midsize jet, roughly a month and a half after completing the first engine tests, and less than a year after the company fully revealed the details on the new aircraft.

Scott Ernest, the President and CEO of Textron Aviation (Cessna’s parent company) said that the Longitude performed exactly as expected during the test flight. He added [Click here to read more…]

Cessna Aircraft Company announced today that it has completed the first round of ground engine tests on the Cessna Citation Longitude’s (the newest member of the Citation family) Honeywell HTF7700L turbofan engines. The tests verified the functionality of the engine start, fuel system, and auto-throttle, while also testing the engine’s interfacing with the avionics, electrical and hydraulic systems. According to Cessna, these tests are paving the way for a first flight of the prototype Longitude in the coming weeks.

Further Details on the Longitude Testing

These tests come just six months after Cessna successfully connected the wing and fuselage of the first Longitude back in May, and then in June, powered the aircraft’s electrical distribution system for the first time.

Textron Aviation’s (Cessna’s parent company) President and CEO, Scott Ernest, had this to say about the tests, “The engine run tests are one of the final major milestones as we prepare for first flight. This step really allows us to prove the maturity of the aircraft and its systems. Following this, we will do a series of functional and structural tests on the airframe in preparation for first flight. The speed at which we are progressing on the Longitude program demonstrates our industry-leading development cycle and affirms our commitment to new product investment.“

What Are the Specs for the Cessna Citation Longitude?

For more information on the Longitude, you can visit Cessna’s website.

The 7,000th Cessna Citation, originally named after a thoroughbred racehorse, was delivered on June 27, 2016. It’s a milestone that began in 1969 and 35 million flight hours later, Citation hours are now in thousands of pilots’ logbooks. From the Citation 500 parents spawned seven different distinct families, each with design improvements which has taken Citation from the “Slowtation” to the screamin’ Mach .935 Citation X+ which can fly between New York and Los Angeles in four hours. Raising an airplane family isn’t easy, but Cessna [Click to read more…]