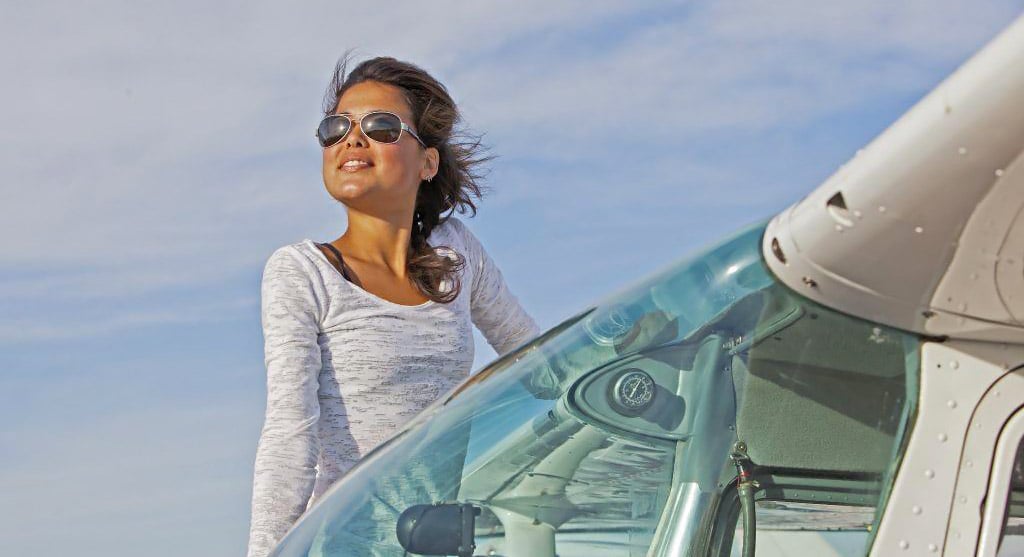 The 250 horsepower Piper PA-24-260 Comanche is a four-seat, low wing airplane with retractable landing gear. As one of Piper’s first all-metal, ultra-aerodynamic airplanes furnished with a comfortable interior, it helped differentiate the company from its early style of slower tube-and-fabric aircraft. Because of the success of the Comanche, sleek, high-performance aircraft like the Piper Seneca and Saratoga were made possible.3

The Piper Comanche features a semi-monocoque construction and laminar-flow wings, and would eventually become a pioneer in cowl-aerodynamics by the third installation of the PA-24-260, with the “Tiger Shark.”3

Today, the Comanche is known for its performance, comfort, and impressive useful load, as well as its undeniable ramp appeal.

History of the Piper Comanche

The Piper Comanche was marketed in the mid-1960’s as “The best combination of all the features you want in a high-performance business plane,” noting its useful load, economy (compared to other all-metal aircraft at the time), and speed. Though more PA-24-250’s were built and sold than the PA-24-2603, modern pilots believe that the 260 HP Lycoming makes the PA-24-260 the most fun and practical of the Comanche line.

Unfortunately, in 1972, torrential rains from Hurricane Agnes flooded a river near Piper’s Lock Haven, PA factory (the Great Susquehanna River Flood of 1972), forcing Piper to abandon production of the Comanche and Twin Comanche, as nearly all airframes, parts, and tooling were destroyed. Piper then focused on the production of the PA-34 Seneca and PA-28R-200 Arrow at its manufacturing plant in Vero Beach, Florida3.

General Characteristics of the Piper Comanche6

The 260 HP Lycoming IO-540 (where the PA-24-260 got its designation) came standard with a constant speed two-blade propeller and retractable tricycle landing gear. It improved upon the PA-24-250’s design with better landing gear and single-fork main legs, which help to create less drag when retracted. It also dedicated itself to improving the interior, by way of better cabin-soundproofing, heating, and ventilation. A member of my flying club has flown in a Piper Comanche, and said she could hardly hear the engine at all! The optional auxiliary fuel system added an addition 30 gallons of fuel, increasing the range exponentially.

Performance Specifications of the Piper Comanche4 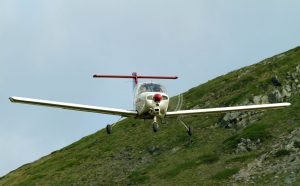 The Tomahawk is a unique looking two-seat single-engine low-wing cantilever monoplane with a T-tail, sitting on fixed tricycle landing gear, and pulled by a twin-blade propeller. It was originally introduced to the world as the ideal trainer, designed with CFI’s in mind. [Read More]

The PA-24-260B was in production between 1966 and 1968, and featured an additional six inches of overall length. However, though this model also had six seats compared to the originals four, the six inches of length weren’t added
to the fuselage. Instead, they were added to a longer, pointer propeller spinner. The PA-24-260B also had an extra window on each side of the fuselage to provide a view for the two small seats in the rear (which took the place of the baggage area).

1972. The 260C was the most visually unique variant, because it introduced the highly aerodynamic Tiger Shark cowling. The Tiger Shark cowling has a more dramatic taper toward the propeller (which is a three-blade instead of the two-blade both previous variants had), and featured two smaller cowl inlets to the sides of the spinner, instead of the wide opening that surrounded the spinner. The 260C also increased the gross weight to 3200, which brought the useful load up to 1,427- the best of all Comanche’s except the 400 HP model. The propeller shaft was extended to shift the center of gravity forward, balancing out any problems that might have come from an increased gross weight. The 260C kept the two rear seats and additional windows that the 260B introduced.

Modifications and Upgrades for the Piper Comanche7

Most of the upgrades and modifications for the Comanche variants are for pilots who have the need… the need for speed. The aerodynamics of the airplane can be improved in many ways, some big, some small. In addition to speed, many of these modifications improve the aesthetics for those pilots who desire a more modern look and comfort.

The LoPresti Wholey Cowl is available for the PA-24-260 and PA-24-260B (the 260C’s Tiger Shark cowling is already awesome), and is reported to improve cruise performance by as much as 15 mph (or 13 kts), which can really make a difference in those long range flights. The Wholey Cowl Mod is a low-drag, high induction system which costs upwards of $15,000.

The Comanche benefits greatly from replacement windows, but also can heat up the cockpit substantially in warmer weather. Any increase in window area increases the visibility, which is important, and if you get tinted glass, it’ll reduce the solar heating potential. You can even get a windscreen replacement which modifies the roof line by bringing it up over the pilots head for a little more visibility. You can buy the kit and install it yourself for $1,500.

Some pilots find that the Comanche wingtips, which are round, look a little too “retro.” You can get them replaced with either downturned wingtips or upturned finlets, which both benefit the Comanche aerodynamically (in a small way), but are mainly for aesthetic value.

If you’d rather go for range than ramp appeal, you can invest in tiptanks, which add 30 gallons (15gal to each wing), increasing the range by a couple hundred nautical miles as well as a 200 lb gross increase. The tiptanks usually run somewhere around the $10,000 mark.

Airplane manufacturers often find that one of their designs “sticks” to pilots, and they take that winning design and modify it, continually improving on the original design over decades of production. For Piper Aircraft, the PA-28 was it. [Read More]

Most likely because it’s a high performance complex aircraft, it’s not exactly cheap to insure a Piper Comanche. Generally, pilots are quoted around the $2,000-2,500/yr mark. Compared to many high performance aircraft, the Comanche isn’t too expensive, selling on the used market for anywhere between $36,000-$70,000 depending on modifications and condition. Considering they sold for $32-36,000 when they were first introduced in the mid-sixties to early seventies, it’s kind of surprising they’re not more expensive1.

Our flying club is hoping to add a Piper Comanche to our line up soon, so I wanted to take a closer look at the specifications and such. After doing this research, it seems like the perfect traveling plane, and with its high horsepower, it’ll perform better at altitude, which is important here in the Sierra Nevada Mountains. I personally think the regular 260 with speed and range modifications would be the way to go, because baggage area makes more sense to me practically than two extra seats. Many of the Piper Comanche’s available on the used market already come equipped with substantial upgrades and modifications, which makes it both easier on you, the prospective owner, and hypothetically less expensive.