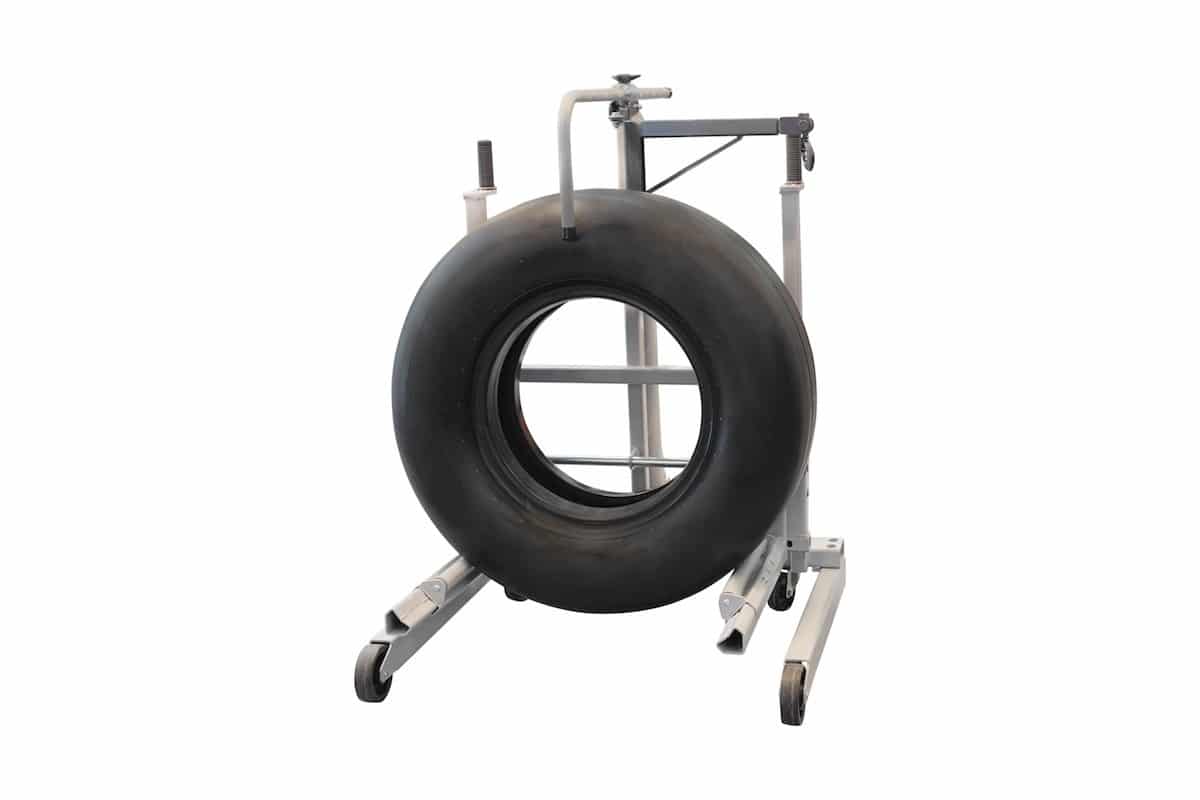 Changing Your Own Aircraft Tires

Flight simulators are just games, right? People who don’t really fly play them in their den, right? They have no idea of what it takes to really fly, right? Although this may be true for some people who use flight simulators, there are many of us who take it pretty seriously. In fact, I would argue that those who use a flight simulator may have an advantage in real world flying over those who do not use a flight simulator. Provided , of course, they use the simulator with a more serious approach and don’t just want to jump into a fighter jet to tear around the sky and perform crash landings (although that can be great fun once and a while. )

I have been using a flight simulator since I was the ripe old age of 10 and have logged roughly 11,000 flight hours since then. I have done everything from full IFR flights to Paris, France from Los Angeles, California to attempting to land a Cub on the side of a steep mountain. I’ve had many crashes and “emergency situations” that left me wondering, “What on earth is wrong, and how do I fix it!?”. That’s the beauty of flight simulators: you can make big flying mistakes and learn from them, all while sitting comfortably at home. After a period of time you start to learn to fix or prevent those emergencies and the great part is you are actually learning real world solutions. It isn’t just limited to emergencies though: one can learn procedures, weather effects, navigation and communication found in the real world. These simulators have even taken great care to use the same frequencies, location and altitude of airports and Navaids so you can use real world information to execute your flight.

How “simming” has helped my flight training.

After nearly completing my private pilot’s license, it has become apparent that my time spent in the simulator has actually paid off. Probably the most crucial advantage is the understanding of the four fundamentals and aerodynamics that has come through trial and error on my simulator, but has equated to a better handling of the real aircraft I have flown. I have never made simple mistakes that my flight instructors have told me people make all the time. Things like using the yoke as if it was a steering wheel of a car, holding the yoke to one side throughout the turn and not releasing aileron pressure or not controlling descent with throttle and using pitch alone. My landings have always been pretty good in the real world as well; I even was fortunate enough to shoot my first ILS in IMC at 5 hours total time. Instructor at my side, of course, but knowing how to do it when asked, with such little flight time under my belt, is something I completely attribute to my flight simulator experience.

When I first started flight training I shared my simulator experience with my flight instructor at the time and he decided to put me to the test on our first flight. He had me run through some pretty advanced stuff for having less than an hour of flight time in a real plane. He had me go through starting procedures on my own, he handled the radio due to my mic fright, and I taxied out to the runway. I had become familiar with the airport on my simulator and subsequently knew where the taxiways and runways were when it came time to fly for real. I took off and we went to the practice area where we did power on and power off stalls, climbs, descents, steep turns, slow flight, simulated engine out procedures and finally VOR intercept and tracking. We then flew back to the airport where we entered the pattern and I did three landings. Anytime we would do anything, he would give me a brief run-down of what to do then let me do it. I did all of it with little error and all my landings were 100% unassisted and not bad. From that day on he referred to me as “The super student”, which I took great pride in. I remember going home thinking to myself how, if it wasn’t for using my simulator, that flight probably would have been a lot different.

Looking forward to my instrument rating, my flight simulator experience will really help. Learning how to navigate on long flights in a simulator is a little difficult by dead reckoning alone. Although the simulated worlds are pretty accurate, the only somewhat reliable landmarks are highways and sometimes they aren’t completely accurate. This problem led me to learn what a VOR was and how to use it because they are accurately modeled and reliable. It quickly became apparent that I needed to learn how to use approach and departure plates as well. With a little patience, Google, and trial and error I learned how to navigate using these systems and can now easily fly across the country and shoot ILS approaches all day with no problems. All this knowledge transfers over nicely to real world flying which makes for fewer flight and ground lessons which saves money and an overall better understanding of the art of flying.

There are a lot of advantages in real world flying to be had from using a flight simulator. Aside from the big advantages in learning the fundamentals of flying and navigation it will also allow you to make mistakes that would have been impossible to survive in the real world. After making mistake after mistake, I’ve learned how to avoid and prevent them from happening in the first place. It is also great to use to rehearse a lesson or fly an approach that you have planned for a real flight. It all adds up to a better understanding of the concepts needed to fly safely.

Which flight simulator to choose?

There are a few flight simulators to choose from, all with their own pros and cons. I will briefly explain the differences between the latest versions of each to you and you can make the decision for yourself. I will also go over some additional resources and functions you can use to increase realism and learning. Some resources are free and some require payment but there are lots of options to choose from for all platforms.

– Based on an aerodynamic model called blade element theory. This makes the flight characteristics much more realistic. When you stall, the wing will drop and a spin will develop if uncorrected.

– The flight characteristics of most X-plane 10 aircraft are very close to their real counterparts.

– Great for those who prefer realism in flight characteristics over visual appeal.

– The night lighting is very good and it’s easy to follow highways and taxi to and from the runway at night.

– Built in weather generating that is pulled from current METAR information based on your location in the simulator and accurately replicates its effects.

– Unlike the other options this is the only simulator that is compatible with Windows, Apple, and Linux operating systems.

– It also has a large online community that offers many scenery, aircraft and utility add-ons. Tons of free add-ons available.

– While the global graphics and visual appeal are not always the greatest, they are very realistic and solid looking with a highly plausible environment. For those interested in a preview of the graphics, this video provided by X-Plane demonstrates the look of the graphics on a standard, out of the box install:

– The environment is not terribly immersive once you step outside of the aircraft. Unless you have some scenery add-ons the airports are mostly void of airport buildings and vehicles.

– Microsoft Flight Simulator is one of the longest-running, best-known home flight simulator programs on the market.

– It is very appealing in regard to how immersive the add-on scenery can make the environment.

– There are many add-ons that create a more immersive environment by adding moving characters on the ground, loading vehicles and scenarios with accompanying scenery.

– This simulator does have more add-ons than the other two and more immersive features but they all come with a price.

– Has a large online community that offers many scenery, aircraft and utility add-ons.

– The physics, or flight model, is mushy and not very realistic. Although some payware aircraft do a good job of making the flight characteristics more accurate.

– Only available for Windows operating systems.

– Most add-ons are expensive and can add up quickly.

– Microsoft stopped directly supporting and developing this product in January 2009, after they shut down ACES Game Studio, the department responsible for creating and maintaining the program. 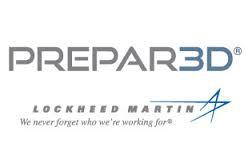 – Allows users to create educational scenarios in the air, sea and on the ground.

– Similar physics to that of Microsoft Flight Simulator X.

– Only available for Windows operating systems.

– Can become expensive if you opt for professional licenses.

– Not as widely used.

VATSIM/PilotEdge – VATSIM is free and PilotEdge is a paid membership. Both are live air traffic control networks allow you to use real world communications with Air Traffic Control manned by real people, sometimes even real retired controllers . The people who do the ATC for simulators take it seriously so don’t expect to taxi the wrong way or buzz the tower and not get a scolding or even booted from the network. Using this really helped me get over my mic fright as well as understand what to say, who to contact, and communication procedures in real life. Also brings in other aircraft being flown by other users.

Virtual Airlines – These are for those who want to dive into charts, IFR flying and learning to fly like the big boys. There are many to choose from, many replicate real world routes and aircraft used. They usually have standards and require a minimum of hours flown per month. The best in my opinion, is Virtual JetBlue. They have a beautiful website with tons of resources, functionality and usability.

Using a flight simulator is great for experienced pilots and future pilots alike. They can be used with a simple joystick and computer or on multiple computers with full motion simulators attached. I personally have always just used rudder pedals and the cheapest joystick I could find. From the experiences I have had, I firmly believe that if taken with a degree of seriousness, you can indeed learn and master real world abilities that will either give you a leg up on your flight training or help keep your flying tight. When you’ve had a rough landing or your s-turns weren’t as tight as you would have liked, it’s great to be able to home and practice and refine for the next flight. Any one of these simulators costs less than an hour in a wet Cessna 150 and, if nothing else, it will provide for some great fun!

Timon Martin
View More Posts
Timon S.W. Martin is a lifelong aviation fanatic and flight simulator guru. He is currently enrolled in the professional pilot program at Utah Valley University where he will complete his CFI-I. After which, he plans to attend the University of Utah School of Engineering where he will obtain a degree in Aeronautical Engineering.