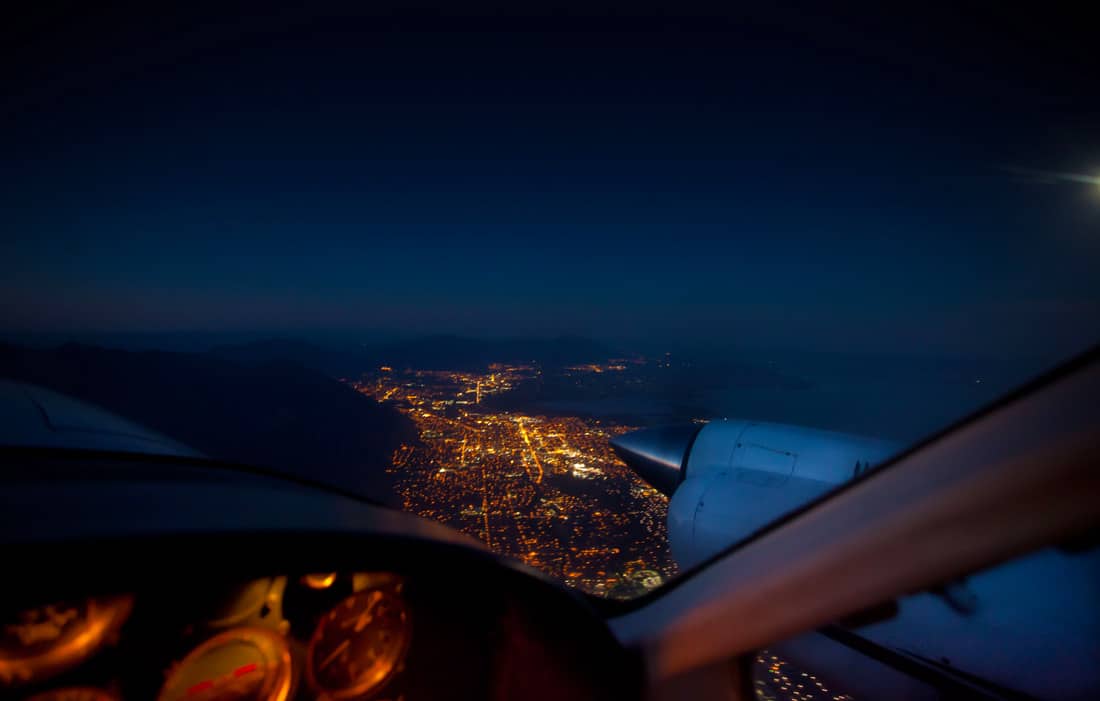 Why Give a Pilot a Night Rating and Not Let Them Use It?

NextGen pilots is what I’m calling the new generation of pilots who will stand on the shoulders of previous aviation giants and move aviation that much further towards safety, efficiency, and glory.

As Socrates stood at the front of his class trying to teach the next generation, I’m sure Plato did something that made his teacher shake his head in frustration. Maybe Plato stayed out too late the night before, partying with Aristotle and other philosophers. I’m sure Plato told Socrates at least a time or two that a lion ate his homework. Every generation thinks that the up and coming are less capable, less intelligent, and less motivated than the present. Just ask my dad, he’ll tell you all about it. But, it’s really just a matter of perspective.

To round out my life in aviation, I am now teaching first and senior year aerospace/aviation science students at a university. Yes, Millennials. You cringed a little, didn’t you? The first day of class as I was walking around the room, talking about what they’d be learning about aircraft systems and propulsion, one student in clear sight pulled their backpack to the center of the desk, fluffed it up, laid their head down, and promptly went to sleep (however, this will be an excellent skill for a cargo or air ambulance pilot). Yes, I wanted to walk up and pour my hot tea on their head, but the reality is that I don’t need to provide punishment. They will just end up punishing themselves. They always do. That student, at the end of the semester, is now failing. There is always this type of student (or two) in class. There have always been and will always be the best and the worst of each class and each generation. It’s not because of the era in which they were born, it’s the person that they are.

We brand each chunk of births with a nametag like Baby Boomers, Generation X, Millennials and the up and coming iGen. Of course, our own generational nametag comes with it only the best traits, but the reality is that each nametag represents the teachings of the previous. We teach the up and coming so each generation is ultimately responsible for the next. If you blame the next generation, you are really blaming your own. It would be easy to blame the upcoming generation for being different, but we taught them. It’s up to me as a teacher to learn how to teach them. If they grew up with technology, then I need to learn how to use it to propel their knowledge ahead of mine, or we’ll just be spinning in circles without advancing our society forward.

This next generation of pilots grew up in the aftermath of 9/11. Their view of aviation has been through security lines, TSA, barbed wire fences and airplanes used as weapons. They grew up in an era when there are now almost half a million less pilots in the U.S. than the previous generation (student thru ATP). It’s been hard to see the glory of aviation for them, but despite all that, it’s still there. And it’s growing again. I see the passion, dreams and focus of these future pilots, just like all the other previous generations saw in theirs.

I have some of the most intelligence, tech-savvy future pilots sitting in my class. I already know some of them won’t stop until they are captain of a commercial airliner. And I have other students who like the idea of it, but will never make it to the cockpit. Just like all the other aviation generations. For those who will succeed, someone along the way taught them that they have to haul their ass out of bed when the alarm goes off (no matter how early it is), that they have to put in the time and the work, and that self-discipline creates more rewards than sacrifice. Their bonus is that since these Millennials grew up in front of computer screens, FMS systems, glass cockpits and HUDs are second nature. These students are different. They understand and embrace the technology and expect to use all of it.

When I was a new pilot, we spent hours learning about NDBs and ADF approaches. Why would I waste their time on this now when they can use GPS and CAT III autoland technology? Does not knowing how to use an imprecise outdated piece of technology like an NDB make them bad pilots? Does knowing about CAT III technology make them good pilots? No to both. It’s the ability to know how to use all of the technology sitting in front of you, no matter how advanced or ancient, and being able to filter it through a conscious thought process that understands all aspects of aviation, that will produce safe and proper results.

When Old and New Fly Together

It’s human nature to reflexively think that if someone’s experience differs from them, then the other person’s way is wrong. When I first started flying copilot in a King Air 100 for a Part 135 charter operator, I was paired up with a senior captain who had more hours in airplanes than I had hours on the earth. We had been fighting weather all day and were coming into an unfamiliar airport with low visibility and since a front was moving in, the only approach available was the Localizer Back-Course. Okay, no problem. I had never flown one in the real world, but I knew that the avionics equipment I was using had a fancy little button that said “BC”. My captain was BC, but still didn’t know what that meant on the new glass panel avionics that had been recently installed. Since I had been checked out in this airplane post upgrade, I had learned about the new equipment.

“King Air N123, you are cleared for the back-course approach”. The dreaded words from ATC. I simply set the front-course localizer and hit the magic “BC” button (back course). By hitting this button, it gives pilots proper sensing rather than reverse. My captain, who had never used this equipment, didn’t believe me so started correcting in the opposite direction. You can see where this is going now, right? After a series of S-turns to find the course, we were so unstabilized we had to call a missed approach. He reprimanded me for setting the approach up incorrectly. He had me set it up again and he told me to do it the “old-fashioned way” and just let it be reversed sensing. Okay, no problem. I set it up his way (you’ll notice I set up his avionics for him because he didn’t know how to use it yet) and watched him stubbornly chase the tail of the needle until he found the right angle and in the final moments, found the airport. It wasn’t pretty, but he got it done. I would have used the technology the way it was meant to be used (and because reverse sensing gives me anxiety just thinking about overriding my instinct) for a more, stabilized approach while he relied on his old-fashioned routine to get the job done, but is either right or wrong if the outcome is the same? Your age will determine your answer.

With technology changing so fast, it’s hard to grasp the demand that new pilots must be willing to adapt to. There will be pilots who lament that the new pilots don’t know how to fly NDB approaches, but these new pilots will know how to navigate direct around the world down to the centerline of a foreign runway. They will know how to use every resource available to them. There will be grumblings that basic airmanship skills have diminished, but the reality is they are still there for the vast majority. There will always be pilots who, in those moments of crisis, fail to remember basic skills…maybe because they never had them. They are in every aviation generation and it’s those pilots we hear about. Not the overwhelming majority who have a broad scope of skills to deal with every situation.

According to the NTSB, in 2015, there was only one airliner accident with fatalities in the last ten years (2009). In 2015 alone, there were 7,611,973,000 miles flown equaling 17,435,000 flight hours with 27 non-fatal accidents. This means the accident rate per one million miles flown is .0035. 1 The lower accident rate is a culmination of numerous advancements in the industry among which are more intense pilot training, aircraft design, and changes in ATC – but these are all a result from the advancements in technology. Does all this automation make flying safer? The answer is that it can only be safer when the people using it understand everything about it, including how to override it, easily recognize when it is not functioning properly, and to know what do to when, not if, the equipment fails. 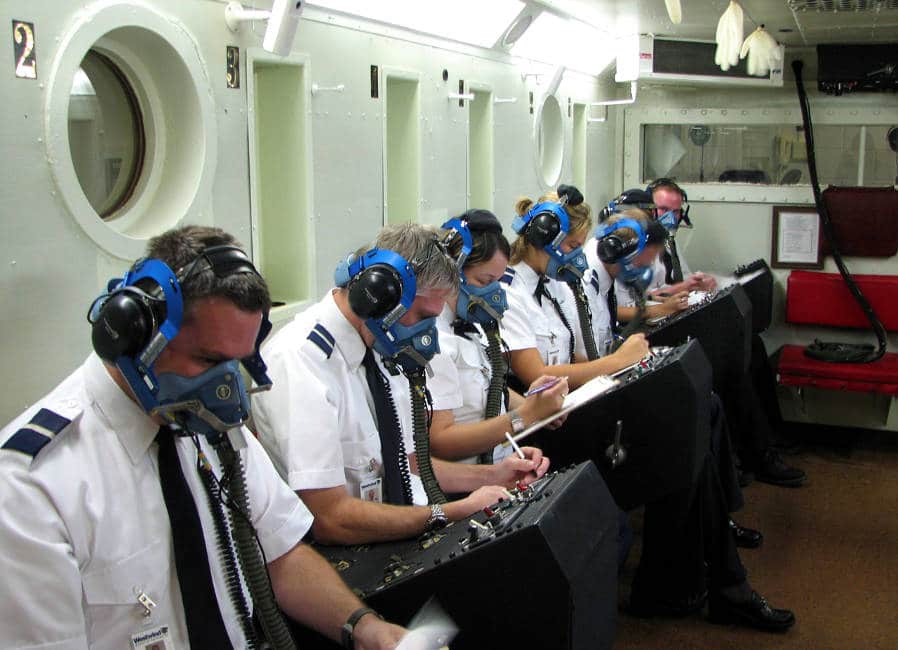 Since I was going to be nearby for flight simulator training, my chief pilot wanted me to go check out the high altitude chamber training on the other end of town. I’d never been in one, so I thought it would be a great opportunity to purposely starve my brain of oxygen and feel the results.

Since I live at 8700 feet, I figured I’d have an advantage in the low oxygen environment, and I did. We tried several altitudes to see and feel the effects and when my partner took off his mask at the oxygen simulated environment of FL350 [Click here to read more…]

The Future Comes from the Past

NextGen is the tag that the FAA placed on their program to improve the National Airspace Systems. NextGen Pilots is the tag I’m placing on this new generation of pilots who will stand on the shoulders of previous aviation giants and move aviation that much further towards safety, efficiency, and glory. Sure, they’ll have basic airmanship skills, but they won’t have to spend hours learning about VLF Omega navigation. Instead, they will know how to set up their avionics to perform a landing in zero visibility flight conditions. They will think that’s totally awesome, love what they do, talk about it constantly, and keep that mischievous grin on their face that hasn’t come off since the day they soloed in that single engine heap of junk. Just like in all the other previous aviation generations. Thankfully, some things never change…