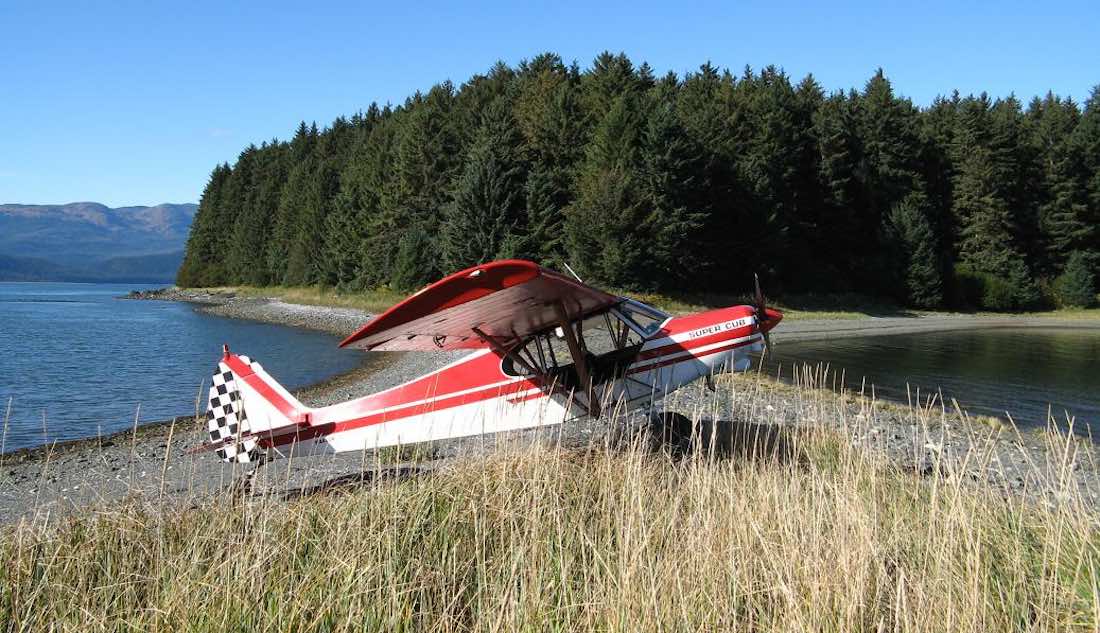 The Cessna 340: One Of General Aviation’s Most Popular Pressurized Twins

Cessna had a great thirty-year run with the Cessna 310 twin. And less than twenty years after the first flight of the 310, Cessna had dreams of introducing the first pressurized light twin based loosely on the 310. This would become the Cessna 340. While Beechcraft just barely beat out Cessna for bragging rights about having the first pressurized light twin with the Duke, Cessna’s 340 would quickly outsell the Duke and become the world’s most popular aircraft in this category.

Development of the Cessna 340

The Cessna 340 at first glance looks an awful lot like the 310, despite the fuselage being five feet longer. The fuselage has the same basic shape but was completely redesigned due to pressurization requirements. The empennage, however, is based on design features from the 310. Cessna then took the wings from the 414 and added them to this aircraft, making the 340 somewhat of a hybrid. Cessna wanted to keep this aircraft in the 300-series to make it more marketable to your average twin buyer. The first deliveries of the Cessna 340 began in 1972.

The Cessna 340 was originally equipped with two 285 hp turbocharged Continental TSIO-520-K fuel injected engines with three-bladed propellers. As is always the case with aircraft development, these aircraft engines proved to be slightly underpowered. So in 1976 Cessna introduced the Cessna 340A, which was now fitted with 310 hp TSIO-520-Ns. Cessna also shortened the propeller blades on this model to meet noise reduction standards, and slightly changed the cabin pressurization schedule.

The 340 became so popular that Cessna decided to offer an unpressurized version for those who wanted the other features of the 340 but at a lower cost. This aircraft, the Cessna 335, began production in 1979 and had some slightly smaller engines. But as it turned out the main reason people liked the 340 was for its pressurization, and the 335 wasn’t selling. Cessna ceased production after only one year and 64 aircraft.

Cessna kept up with the high demand for the 340 through 1984. When the last aircraft came off the line, Cessna had built 1,287 aircraft.

A number of various engine modifications, mostly from RAM Aircraft, increased available horsepower to as much as 335 per side and many of these aircraft are flying today.

But for increased performance, a much easier and cheaper modification swept through most of the fleet, and that was the addition of vortex generators. Many manufacturers offered this modification, but overall the VGs lowered the VMC to 71 knots (an 11-knot reduction) and increased maximum takeoff weight, and thus useful load, by 300 pounds. This allows carrying one or two extra passengers, or over an extra hour of flight time in fuel load.

The Cessna 340 is also available in many different fuel configurations. The main tanks are mounted on the wingtips. These tip tanks hold 50 gallons a side and are complemented by auxiliary bladder-style tanks within the wings themselves. These auxiliary tanks have a capacity of 31.5 gallons a side. So in the standard configuration, the 340 can hold 163 gallons. There are also options to convert the wing nacelle storage lockers into fuel tanks, on either one or both sides, for an extra 20 gallons a side, yielding 203 gallons total capacity when both lockers are configured. 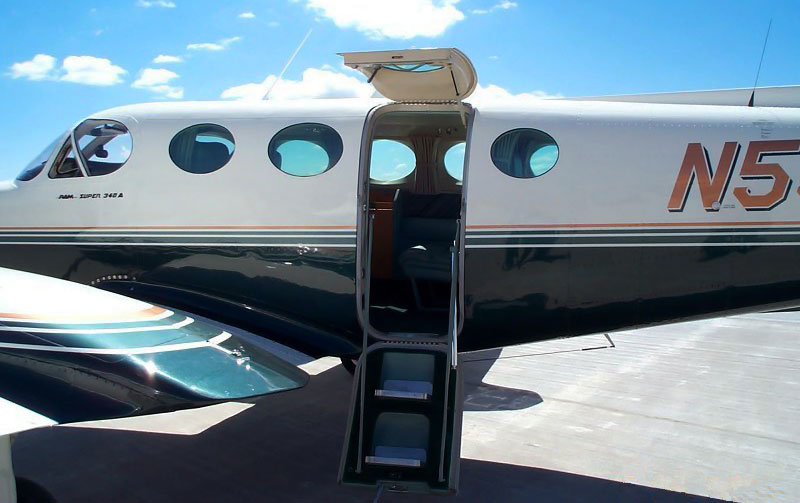 Entry into the Cessna 340 is like that of the Beechcraft Duke, via airstairs into a very roomy cabin. The rear four seats are arranged in a club configuration, with the middle row facing backward, giving passengers a little more legroom when they’re not knocking knees. Still, with the length of the fuselage, passengers rarely feel cramped. There is plenty of storage in the aft cabin for items you want to keep pressurized and out of the cold, as well as storage in the nose and wing nacelles (when not converted to fuel tanks).

There’s not much to flying the Cessna 340. Perhaps the biggest complaint of new pilots is keeping track of the fuel between the various tanks, but this becomes a non-issue after just a few hours of flying time. Takeoffs and landings will almost make a pilot complacent. Landing doesn’t even really require a flare – set the attitude early, pull the power, and the airplane settles itself onto the runway. The Cessna 340 has a published climb rate of 1,650 feet per minute in standard conditions, and that climb rate drops to 315 feet per minute on one engine. Reality will yield slightly less.

What really makes this aircraft great is the pressurized cabin. What’s the use of having turbocharged engines, which make their money at high altitude, if you can’t go up there without oxygen masks? A typical cruising altitude in the Cessna 340 is around 18,000-21,000’. Above the little guys but below the big guys! At this altitude, you’ll be cruising between 190-205 knots consuming between 30-36 gallons per hour. A family of four can hop in a 340 and get out of town for the weekend, with standard full fuel tanks, and have a range of 1,000 miles with reserves.

Despite a short 12-year production run, the Cessna 340 still remains one of the most popular and identifiable light twin-engine aircraft in general aviation. It’s a great airplane for those wishing to transition from a high-performance single, or those wishing to add some small commuters to their business fleet. Want to really impress your instructor on your checkout? Learn the fuel system before stepping into the aircraft!