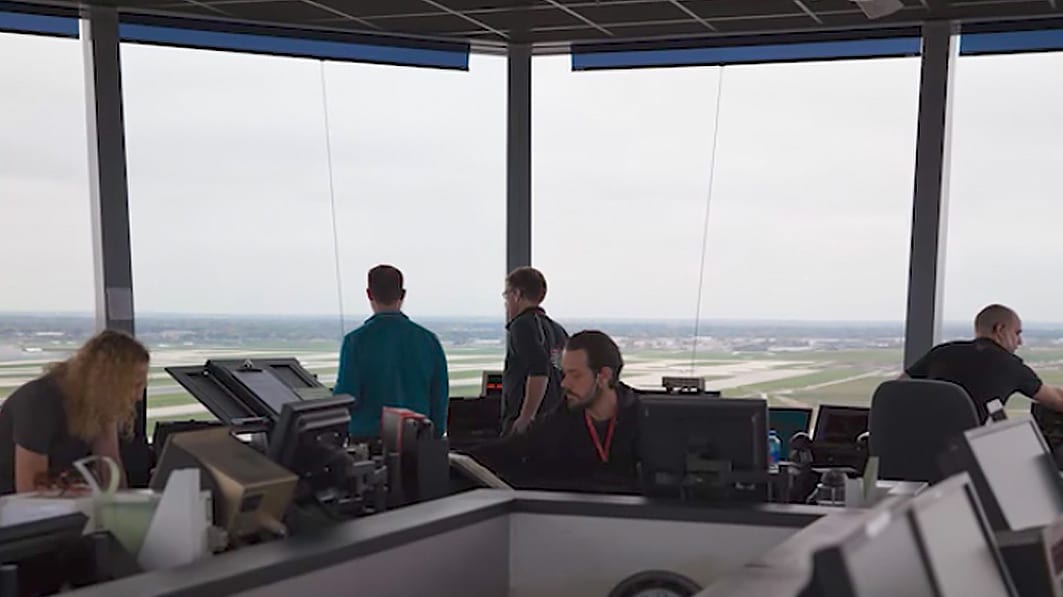 What is general aviation, and what are some of the issues facing the community?

Last June, we at Disciples of Flight had a chance to do the photography and video for POPA’s (Pilatus Owners and Pilots Association) annual conference.  We were very impressed by the line up of world class speakers POPA had address their membership and the valuable information and insights that were shared.  So impressed, in fact, that we approached POPA and asked them if they would allow us to share one of those lectures with you.

Now, I have filmed and/or photographed many conventions in my career, and most of the time I find it pretty easy to focus on my work without any distractions.  For instance, I had no problem when we filmed the Great Western Conservation convention, and where I have nothing against guns, hunting, or hunting with guns, hunting is just not my bag of tea (so to speak).  I do truly enjoy getting a glimpse into other people’s passion, their hobbies or way of life and these conventions provide a fascinating weekend where you get to be a fly-on-the-wall and see what gets other people’s blood really pumping.

However, the convention with POPA was my first attempt at photographing a convention that happened to be all about my passion: General Aviation and aircraft ownership.

It was tough to keep focused on the photography; I remember several times when Jim Hoddenbach and I would get lost in the subject matter being discussed because it was absolutely fascinating.  We had to force ourselves to try and divorce our attention from the conference and put it back onto the job!

The video below is a lecture from Mark Baker, the fifth President of AOPA (Airplane Owners and Pilots Association), and it covers a large array of topics in general aviation.  But before we get to the video, let’s take a little time to discuss exactly what general aviation is.

So what is General Aviation?

As a very simple, basic definition, general aviation is defined as all aviation operations other than military and commercial airlines.

However, that very basic definition covers a lot of ground. The latest numbers show that there are over 362,000 general aviation aircraft in the world. This includes single engine piston airplanes, helicopters, turboprops and corporate business jets.  199,000, or roughly 55%, of those aircraft are based in the US.  And each year in the US, those aircraft fly a combined total of nearly 23 million flight hours. General aviation also covers a lot of professions.  Manufacturers like Cessna, Piper, Cirrus, and Beechcraft employ tens of thousands of people in designing, building and selling general aviation aircraft. But there are also airplane mechanics; FBOs (Fixed Base Operators) offering fuel and other services; CFIs (certified flight instructors); air ambulance, charter, corporate and freight pilots; pilots flying for survey, news and traffic jobs; and a whole lot more.  It is estimated that general aviation employs more than 1.1 million people, and annually contributes $219 billion to the US economy. And this is in addition to the estimated 175,000 US private pilots who don’t fly professionally.  Finally, general aviation encompasses over 5000 public use airports in the US, including sections at all of the 560 airports that provide services to commercial airlines. There are also another roughly 14,000 private and backcountry airstrips.

So there’s a lot to consider when it comes to general aviation.

What are Some of the Issues Facing General Aviation?

As Mark mentions in the video, the biggest issue facing general aviation is declining interest.  The pilot population peaked in 1980, with 827,071 licensed pilots.  Over the next couple of decades, those numbers started to gradually decline:  By 1990, there were only 702,659 licensed pilots, by 2000, there were 625,581 and in 2013, it had slipped to 617,128.  At the same time, demand has been steadily rising, leading many to believe there will be a pilot shortage for the foreseeable future. There has also been a sharp drop in the number of aircraft manufactured.  In 1978, there were roughly 18,000 general aviation aircraft produced.  That number bottomed out at 928 aircaft produced in 1994, before the introduction of the General Aviation Revitalization Act.  After GARA passed, things recovered somewhat, but the 1,631 general aviation aircraft produced in 2014 is still a far cry from the golden days of the 1970s.

There are also a variety of other issues facing general aviation:

How can I get Involved?

One of the easiest and quickest ways to get involved is to become a member of AOPA.  With over 380,000 members worldwide, they are the largest aviation association in the world.  One huge benefit AOPA provides to their members is keeping them informed on the current aviation legislation: what’s currently going on, what the future looks like and who you need to get involved with and how you need to get involved in making a difference.  In the video, Mark also mentions a number of programs and ideas to help bring general aviation back to life at the local airports, interest new people in aviation and try to create a sustainable future:

Rusty Pilots Program – This program is an effort, led by AOPA, to get aviators who have stepped away from aviation back in that left seat.  Through a comprehensive, free ground school session, they hope to familiarize rusty pilots with all the latest advances in general aviation and re-ignite their desire to fly.  Initially, they reached out to about 3,500 inactive pilots and were able to get roughly 18% of them flying again.

Establishing Flying Clubs –  Love vintage warbirds, or aerobatic planes or Super Cubs?  Start a flying club at your local airport.  Flying clubs are a great and cost-effective way for people to share the costs of an aircraft, enjoy flying and be able to fly in aircraft they might otherwise not have access to.  AOPA even offers resources to help you get a flying club established.

Fly-Ins, Airshows and Airport Events – Hosting community events at the local airports is a great way to build community ties, increase community support and draw in fresh new aviators.  See what it might take to host such events at your airport, and be sure to attend the ones close to you.  These events are a great place to meet other pilots and network.

High School Aviation Programs – Many young people aren’t even aware of general aviation, and high school presents a great opportunity to introduce them to this exciting new world. A limited number of high schools have some sort of program, but this is an area where a lot of work can be done.

OK, OK, let’s get to the video. At 40 minutes, I know it’s long, but it’s well worth watching and listening.  Mark is very involved in general aviation issues and he is at the forefront of the battle to keep our community’s rights and culture preserved and thriving.

So, here’s the video. You may need to turn up the volume a bit due to this export being a little soft on the audio:

Please Note: Some of the issues discussed in this presentation have evolved since the convention. For latest information, please call 1-800-USA-AOPA or visit AOPA.org/advocacy.

Hopefully, this video and article have given you some good ideas on how you can become involved in promoting, sharing and enjoying the world of general aviation.  As Mark says in the video, we’re interested in creating 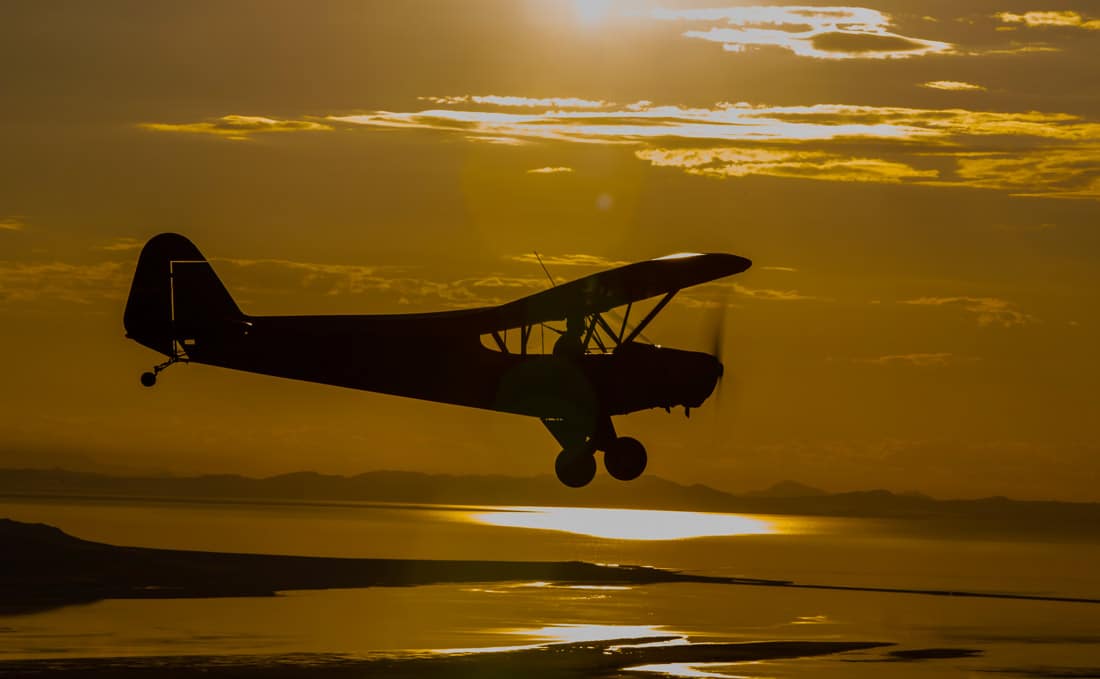 It seems as if general aviation’s on the decline – or at the very least taking serious potshots if you take to heart the doomsayers’ predictions. According to GAMA – the General Aviation Manufacturers Association – the average age for all pilots in the U.S. is 44.7, and many younger people aren’t interested in learning to fly. They’d rather Tweet, Skype or play Madden 2017. More people want to fly drones than GA airplanes. The FAA estimates the number of certified commercial UAS (Unmanned Aircraft Systems) operators will easily top 600,000 within the year. But I think it’s the perfect time to be a general aviation pilot. Here’s why. [Click to read more…]

As a final offering, here are a few additional links to other aviation groups and resources worth exploring:

EAA (Experimental Aircraft Association) – This is the other big aviation association, centered around home-built and experimental aircraft.  They offer membership, with a variety of benefits, are also heavily involved in advocacy and legislative work, and have a number of great programs designed to revitalize general aviation, such as the Young Eagles.

The RAF (Recreation Aviation Foundation) – We’ve worked with the RAF before, and their heavily engaged in helping protect and preserve the existing backcountry airstrips across the country, and responsibly building new ones for all current and future pilots to enjoy.