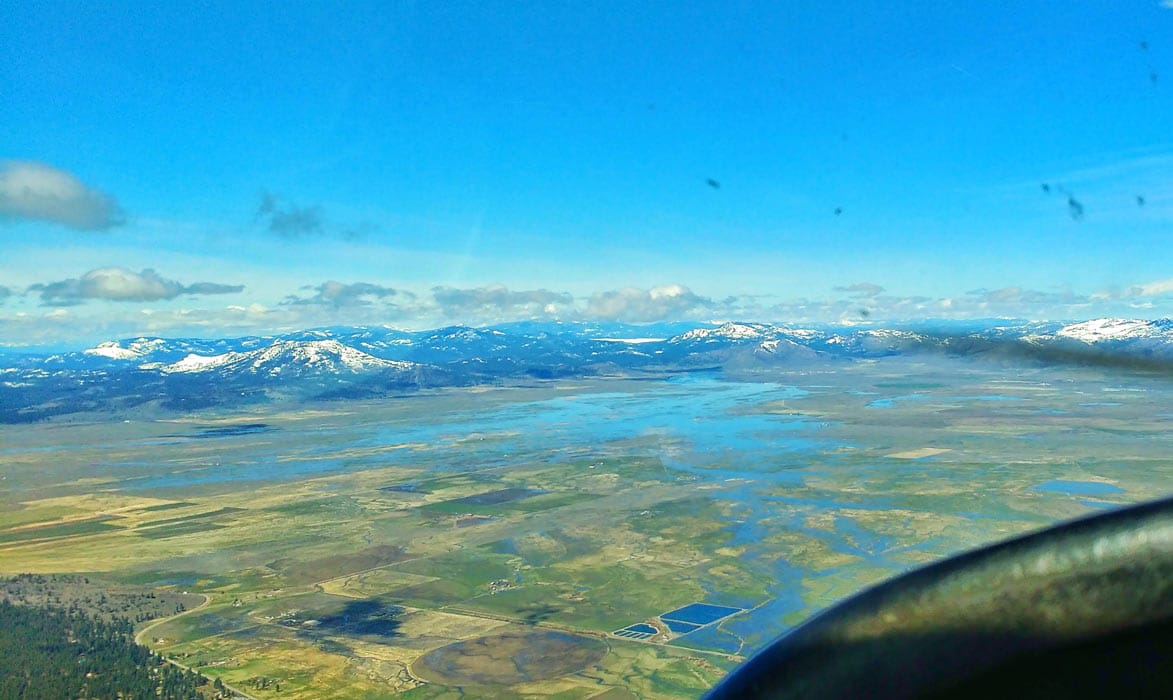 Challenge yourself with a new CFI, or use different CFIs when you practice different things.

Most student pilots drop out before they get their pilot’s license, often because of problems with their CFI. Certificated pilots may face ongoing CFI problems, or they may become too comfortable one instructor and shy away from new challenges that could lead to improved flight skills.

When I decided to earn my private license, we already owned a Cessna 210 and I had flown it quite a bit, all over the country. So we chose an instructor who owned an airplane and had flown around the country. Probably not the best way to pick a CFI, but we figured he had more experience than someone who mostly just flew the pattern with students.

My CFI was fairly excitable and often challenged me. Once we flew to an offshore area to practice unusual attitude correction; at 4,500 feet, I donned foggles. Up and down, over and over, he would mess up the Cessna 172 and I would horse it back under control—good thing I have a cast iron stomach. Finally, I became confused and pulled the power, stepped hard on the right rudder, and cranked right aileron, all at once. The plane dropped into a spin, which I didn’t realize since I couldn’t see (although my head slamming against the left window should have clued me in). The CFI yelled, “My airplane!” but we made several rotations and lost over 2,500 feet before I let go and he was able to level us off. Since I didn’t realize what had happened, I wasn’t scared, and then I was only sorry I’d missed seeing it under the foggles. But he was shaken and yelled he’d always been afraid his students would try to kill him.

Do I regret training with this CFI? Not really; his tirades made me try harder to “get it right” the first time. I got my license in 41 hours, one over the minimum. Afterward, he told me I was his first student to take a checkride. And I was his last; he quit teaching after I got my private. He wasn’t cut out for it, and his methods wouldn’t suit most students.

When I next needed a CFI, I hired the owner of the flight school, a man with a gazillion hours. On our first flight, in our Cessna 210, the landing gear wouldn’t come down. He was very calm; I calmly pumped the gear down manually, and we taxied the plane in for repairs. In later sessions, because of his calm demeanor, I was able to ask him for help with crosswind landings because I knew he wouldn’t get upset if I didn’t catch on right away. I was able to improve my flying skills.

Later, I earned my seaplane rating at Alaska Float Ratings, where students work with multiple CFIs and aircraft in a coordinated manner during the course, and get a more well-rounded experience. I found that I learned different nuances from each instructor. I also liked that we used several different aircraft, with the instruments in different places, so you had to learn to be flexible. I think in the future if I went for another rating, I would choose to use multiple instructors again.

The Benefit to Multiple CFIs

When my husband needs his BFR, he usually calls the FSDO and has an FAA inspector administer it. He likes the challenge of working with a new person each time. Many years ago he flew with a woman who had been a WASP and delivered bombers across the Pacific to Guam in WWII. While my husband was on final, she threw a towel over the panel. He complained that he couldn’t see the airspeed indicator and she told him to shut up and listen to the air. At another point in the flight she told him to feel the wingtips as extensions of his fingers; he said he learned more from her in that hour than he had from any other CFI.

I have a friend; let’s call him Dave. Dave got his pilot’s license before he could drive. On his first solo, he tried to pull the Cessna 150 over into a loop before he completed his three successful touch and goes. His CFI then walked over to the plane and said, “I think we need to get you an aerobatic instructor—after you earn your private.” Dave later bought a Pitts and spent happy years boring holes in the sky with it until family obligations intervened and he sold it. Recently Dave decided it was time to get back into the sky and fulfill his dream of buying another Pitts. He pulled out his logbook and saw to his amazement that it had been 25 years since he’d logged PIC time. Luckily, an award-winning aerobatic instructor lived nearby. Dave rode as a passenger on their first flight and became sick within seconds of the first maneuver, something that had never happened before. But he wasn’t quitting; each week they flew again and he got sick. Eventually he overcame this but was still consistently behind the airplane. The CFI had to intervene on many landings to prevent a calamity. It was time to go back to basics.

Even more luckily, a second instructor who specializes in Pitts landing practice also lived nearby, so Dave hired him as well. Every move was scrutinized, from foot position on the rudder pedals, to seat position, even how to properly adjust the seatbelt. Dave focused on takeoff and landing practice with the second instructor and continued practicing aerobatics with the first. His flying improved rapidly; he recently became the proud owner of another Pitts Special.

What do I want you to learn from these stories? First, if you are having problems with a certain aspect of flying, never give up. Find another instructor. What’s good for you may not work for your other pilot friends. Don’t get into a rut always flying with the same instructor. Challenge yourself with a new CFI, or use different CFIs when you practice different things. If you’re unhappy with your instructor, try another flight school, ask at the nearest FSDO, or go to SAFE, the Society of Aviation & Flight Instructors. Read their Code of Ethics; then click Learn About Members, and Find a SAFE Educator, www.SafePilots.org. Flying is expensive. You deserve an effective instructor who will fill your needs. And you deserve to have fun while doing it.