The Call of the A-10 Warthog

History of the A-10 Thunderbolt II

The A-10 Thunderbolt II is really the only true aircraft built solely for Close Air Support (CAS) in the U.S. military. Many other newer aircraft and even older aircraft are being charged with executing multi-role missions. These aircraft and pilots are expected to master air-to-air combat, strike interdiction, and CAS.

But the A-10s and their pilots are CAS specialists. The A-10 itself is commonly called an “airplane built around a Gatling gun.” That gun is almost 20 feet long and fires explosive 30mm shells at a rate of over 4,000 rounds per minute. It was to be the one aircraft capable of getting low and taking out tanks, armored vehicles, and ground troops.

The twin-engine A-10, officially called the “Fairchild-Republic A-10 Thunderbolt II” (but more widely known as the A-10 Warthog, or just Warthog), was designed by Fairchild-Republic and entered service with the USAF in 1976. It was meant to absorb heavy fire and keep on fighting. The cockpit and aircraft systems sit in a “titanium bathtub” to offer protection from ground fire as large as 57mm. The General Electric TF34-GE-100A turbofans are mounted on pylons above the aircraft to reduce their heat signature and shield them from below. A-10s have conducted missions and landed with significant portions of their control surfaces blown off, an intended design feature of the aircraft. It’s a flying tank. 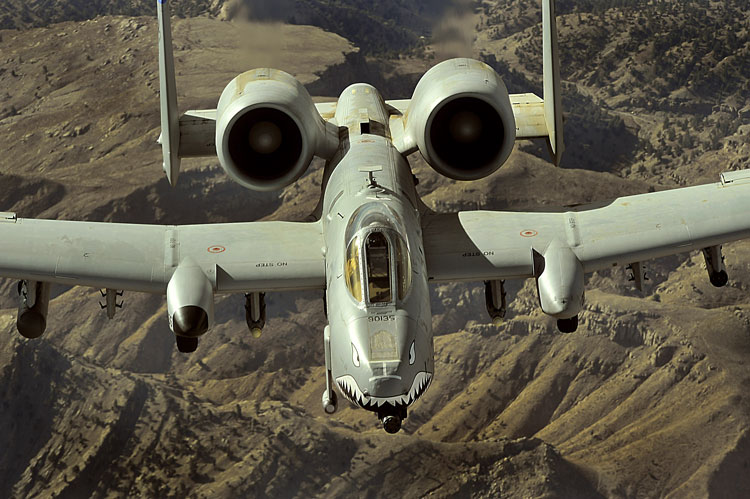 The A-10’s large wings and ailerons allow it to operate out of very short airfields in austere locations, and also makes it extremely maneuverable at low speeds. And its construction facilitates field repairs of virtually all major components.

Compare this with the F-35, the intended successor of the A-10. Not only does the base F-35 cost five times as much as the A-10, but also its CAS capability and survivability is nowhere near that of the A-10. It can’t operate out of the same locations as the A-10, needs to keep its speed up when flying low, can’t carry near the same air-to-ground loadout of the A-10, and requires a large logistical maintenance network to keep it flying. The operational costs of the F-35 are exceptionally higher than those of the A-10.

The A-10 Warthog in Current Conflicts

The A-10 Warthog first saw combat in the 1991 Gulf War and exceeded expectations. They even scored some air-to-air kills by shooting down two helicopters! The “Hog,” as it’s also affectionately known, flew in a number of small conflicts during the 1990s. 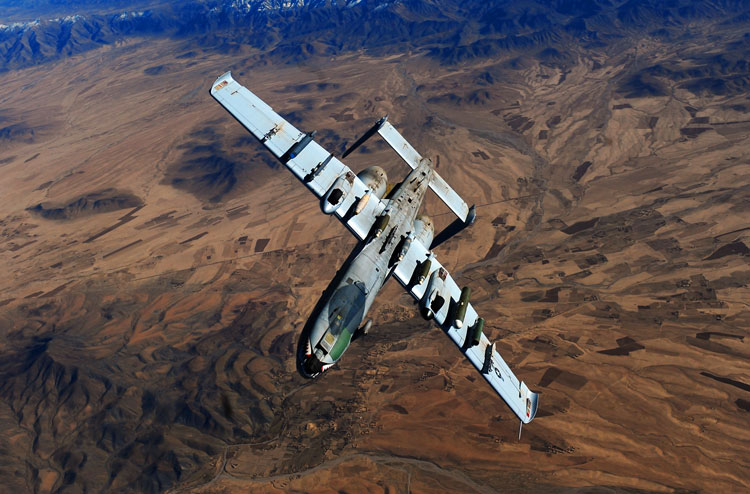 After 9/11, the Warthog played a critical role in Operation Enduring Freedom and Operation Iraqi Freedom, frequently requested by ground commanders for executing CAS missions. In 2007, the upgrade A-10C aircraft made its appearance, fitted with entirely new digital targeting and weapons systems that increased the lethality of the A-10. The F-16 still flew more CAS sorties than the A-10’s 30,000 per year, but nothing comforted the ground troops more than the unique sound of the A-10 gun.

The Warthog is currently deployed in the Middle East taking on targets of the Islamic State in Syria and Iraq, flying over ten percent of all air missions flown in Operation Inherent Resolve – an impressive rate.

The A-10 Warthog Political Battle

Original plans were to retire the A-10 in 2028. In 2007 the Air Force awarded a $1.1 billion contract for Boeing to replace the fatigued wings of operational A-10s, extending their service life until 2040.

However, as the wing replacements were still ongoing, the Air Force announced it would axe A-10 squadrons due to budget cuts. In addition to cutting the A-10, thousands of personnel positions were eliminated and flying hours were drastically reduced across the Air Force.

Air Force leaders had decided that it could no longer sustain a single-role fighter. Multi-role fighters like the F-15E, F-16, and soon the F-35 would pick up duties that the A-10 performed. They argued that it was antiquated, vulnerable to new ground defense systems, and that multi-role aircraft could deliver more precision ordnance than the A-10. 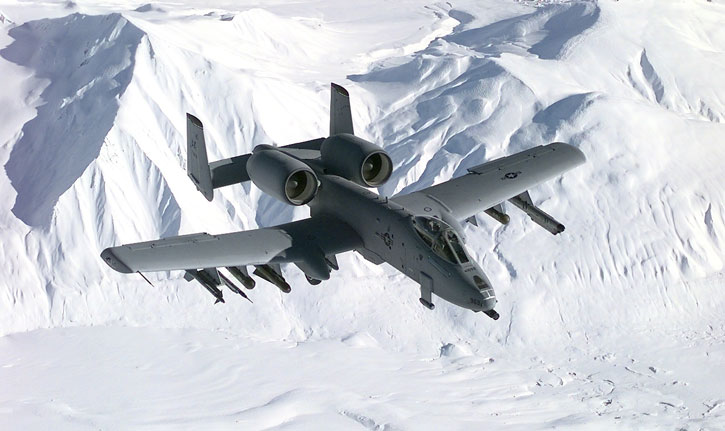 Army leaders scoffed at this, recognizing the critical difference between the A-10 and the faster jets. The A-10 gets right down “in the weeds” with ground troops in combat. Pilots can more easily identify targets and separate the good guys from the bad guys. Not to mention the psychological impact – its presence is tremendously motivating for friendly forces and destroys the enemy’s will to fight. The Army even considered buying the A-10 Warthog for a very short moment.

There was a lot more going on behind the scenes. A string of questionable acts by Air Force leaders was revealed in 2015, showing they were being more than disingenuous about the A-10 Warthog.

Future of the A-10 Warthog 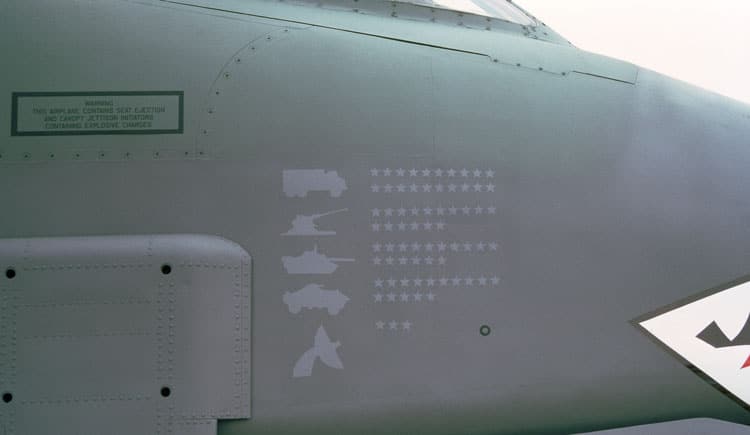 The A-10’s important role in current operations against ISIL has proven to leaders that there’s really nothing that can fill its shoes right now. Air Force leaders have finally admitted that operational costs of the F-35 are prohibitively high to operate it at the same daily rate that the A-10 is flying. Further, they conceded that the F-35 couldn’t fill the CAS role of the A-10. As a result, the retirement of the A-10 has been put on hold until a “cheap” CAS replacement can be found.

But it took an act of Congress to bar the Air Force from retiring the A-10 Warthog. In the 2015 defense appropriations bill, Congress allocated money to keep the A-10 flying for at least one more year. The Air Force didn’t fully comply with the intent of this bill. They cut funding for upgrades and moved aircraft into “non-flying” status, reducing the number of aircraft available to fly combat missions contrary to direction from Congress.

So in the 2016 version of the bill, Congress had to explicitly order the Air Force to not cut manning, move aircraft to storage, or cut maintenance costs.

The A-10 will continue to lead sortie rates for manned aircraft operations in the Middle East for now. The battle is far from over as the Air Force looks for other ways to kill the A-10 to free up money for the F-35 and drop the CAS mission from Air Force doctrine. As long as Congress keeps intervening, it looks like the A-10 Warthog will be safe from the boneyard for some time to come.

Here’s some more A-10 eye candy for you:

Other Articles You May Enjoy: