The Collings Foundation’s F-4 Phantom has been in operation with the group since 1999.

Aspen Avionics has announced that they’ll be donating one of their Evolution Pro 1000 Primary Flight Displays (PFD) to the Collings Foundation, for installation in the group’s F-4 Phantom, the last airworthy Phantom in the US. The Evolution Pro PFD will be replacing the fighter’s original instrumentation.

The Collings Foundation’s F-4 Phantom, along with several other Vietnam-era fighters, has been in operation with the group since 1999. The Phantom was retired by the US Air Force in 1996 after nearly 40 years of service. However, rather than deny aviation enthusiasts the chance to see the historic and important aircraft in flight, the foundation acquired the aircraft and added to their collection.

According to Aspen, a key reason the Evolution Pro PFD is well suited to replacing older and failing instrumentation in a variety of aircraft, including the F-4 Phantom, is the modular and flexible design of the PFD, combined with an open architecture philosophy.

Perri Coyne, Aspen Avionic’s Director of Marketing Operations, said that the company takes great pride in helping organizations like the Colling Foundation in their efforts to preserve rare and historical aircraft. She adds that “Aspen Avionics has always been an advocate of keeping historic aircraft relevant and flying safely to help preserve the memory of their great past so we can share its history for future aviators. Examples of this include equipping AT-6 Texans for both the AeroShell Aerobatic Team and Geico SkyTypers with Aspen primary and multi-function displays.”

Rob Collings, the Executive Director of the Collings Foundation, expressed appreciation to Aspen for the donated flight display and the role they were playing in keeping the last Phantom flying for generations to come. He added that “This avionics upgrade will be integral to the continued operation of this iconic jet. The legacies of our veterans and history of the Vietnam war are represented through the operation of the legendary F-4 Phantom. There is no better way to honor these veterans than through the spectacular sight of an F-4 streaking across the sky.” 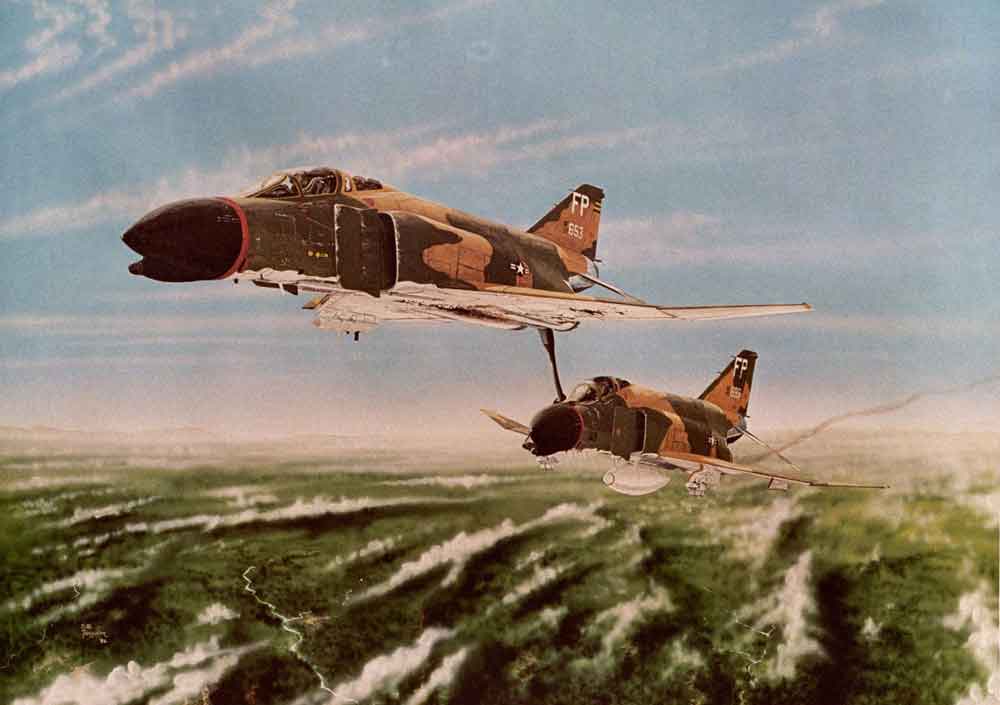 It was March 10th, 1967. North Vietnam’s only steel mill, thirty miles north of Hanoi, had been enjoying the cover of low clouds during the beginning of monsoon season. Strike packages had been trying to annihilate this target for more than a week but couldn’t get close due to the weather. Even if they could get close, this was the most heavily-defended target in the history of aerial warfare. But this day the skies were clear and the strike package was given a “Go.” They departed their base at Ubon Royal Thai Air Force Base in Thailand. Captain Bob Pardo and his backseater, First Lieutenant Steve Wayne, were in their F-4 Phantom [Click to read more…]