Pilatus is reporting that final assembly on their first production model PC-24 is proceeding swiftly. Just yesterday, the fuselage and wings of the aircraft were joined together successfully at their head office site, an operation referred to as a ‘marriage.’ The operation, which requires incredible skill and concentration from the Pilatus builders, demands accuracy “to within a hundredth of a millimeter.”

With the 16.8 meter (55.12 feet) fuselage now married to the 17 meter (55.77 feet) wings, and the aircraft standing on its own legs, so to speak, the next step will be the cabin installation, and commissioning and testing of the aircraft systems. According to the company, series production is being continually moved forward so that they’ll be able to make prompt delivery of the first customer Pilatus PC-24 aircraft immediately after it receives certification.

This first jet is eventually bound for the US, to PlaneSense, a provider of fractional aircraft ownership, who currently operate 34 Pilatus PC-12s in the US, and plan on eventually adding six PC-24s.

PlaneSense President and CEO George Antoniadis traveled to the aircraft manufacturers headquarters to be present for the marriage, and expressed excitement for the event, saying “We are proud to see the PC-24 sporting the PlaneSense colors, being the culmination of years of preparation. Its large cabin and exceptionally versatile performance are features greatly anticipated by our fractional owners.” 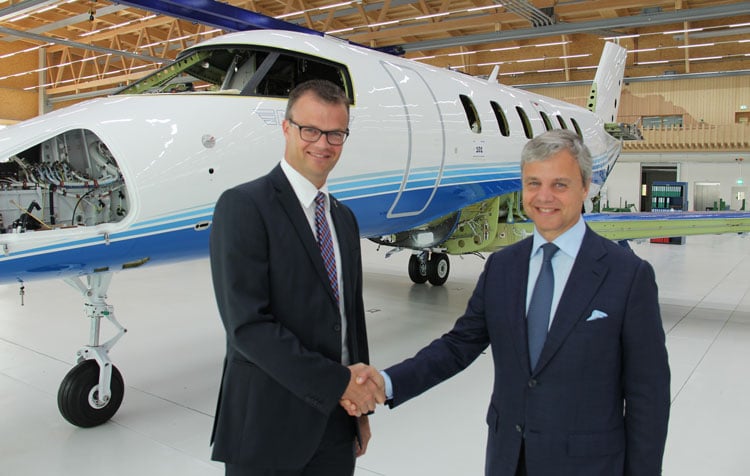 André Zimmermann, the VP PC-24 at Pilatus, voiced his pleasure with the successful marriage as well, adding that “This is another very important and significant milestone in the PC-24’s development program. We are now looking forward with great anticipation and tremendous pride to the very first customer handover later this year when PlaneSense will take delivery of their PC-24 and we witness the entry into service of our Super Versatile Jet.” Certification and the subsequent delivery of the first Pilatus PC-24 are expected during Q4 of 2017.

It’s been a busy few years for the Pilatus PC-24. Since it was revealed in 2013, Pilatus has been putting two prototype PC-24 aircraft through a variety of testing programs, intent on meeting the performance numbers they promised initially. But for today, the second PC-24 is getting a short break as it joins the PC-12 on display at the 2016 NBAA convention, making its first ever showing to a US audience. 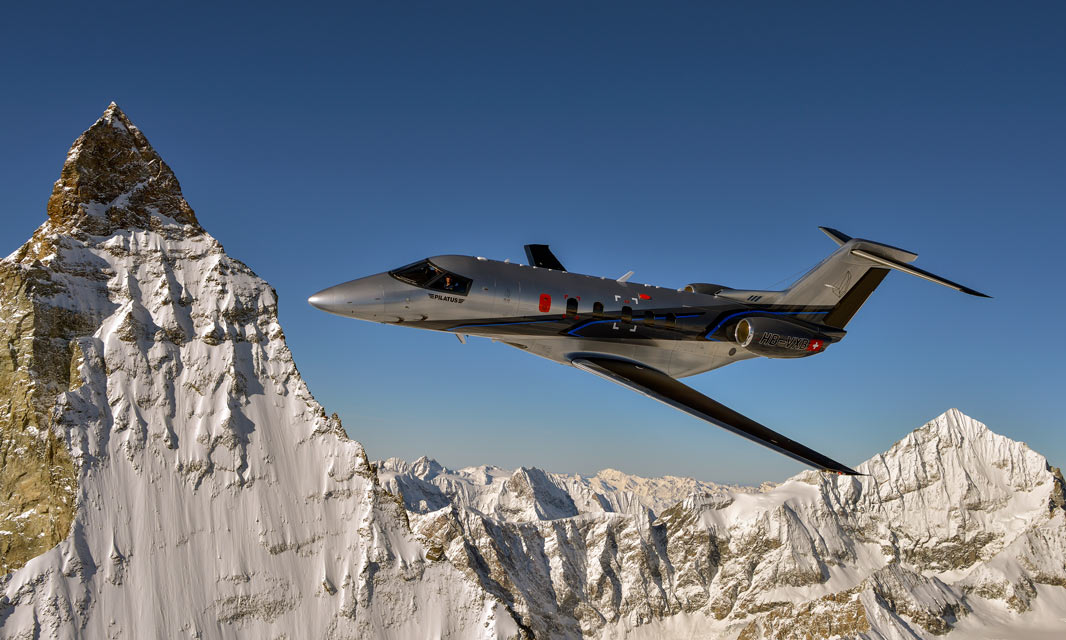 And according to Oscar J. Schwenk, the Chairman of the Board of Directors for Pilatus, the PC-24 testing is going very well, and the aircraft is expected to exceed their previously shared performance data. “Our two PC-24 prototypes have completed a combined total of over 1000 hours and almost 600 flights. The data collected so far indicates that our Super Versatile Jet is likely to perform even better than previously announced.” He added that updated performance data would be published next year at the European Business Aviation Convention and Exhibition (EBACE 2017) in Geneva.

Continuing Flight Testing for the PC-24

Both of the PC-24 prototypes have been undergoing continuing flight testing. The first prototype, Po1, has been focusing on aerodynamic testing in Europe, with the aerodynamic design for the aircraft recently being finalized, while the second prototype aircraft, P02, has been spending time in the US in recent months, where it has been going through hot and cold weather trials, and testing on the avionics and autopilot. Pilatus has plans to add a third and final prototype to their PC-24 test flight program at the beginning of 2017.

The Expected Certification and Delivery Date for the Pilatus PC-24

According to Pilatus, they are on track to achieve EASA and FAA certification in Q3 of 2017, with deliveries expected to follow shortly after. One of the first US customers will be PlaneSense, a provider of fractional ownership programs based out of Portsmouth, New Hampshire.

The PC-24 is expected to be priced at around $8.9 million, and the company has already taken more than 80 deposits for the aircraft, filling up their orders through 2019. According to Flying Magazine, the company currently isn’t taking any additional deposits, but CEO Markus Bucher said that they’ll likely start taking new orders again toward the end of next year. Interestingly, Bucher also noted that roughly 85% of the deposit holders for the Pilatus PC-24 are owners of the company’s single-engine turboprop PC-12, which is a higher percentage than they expected. 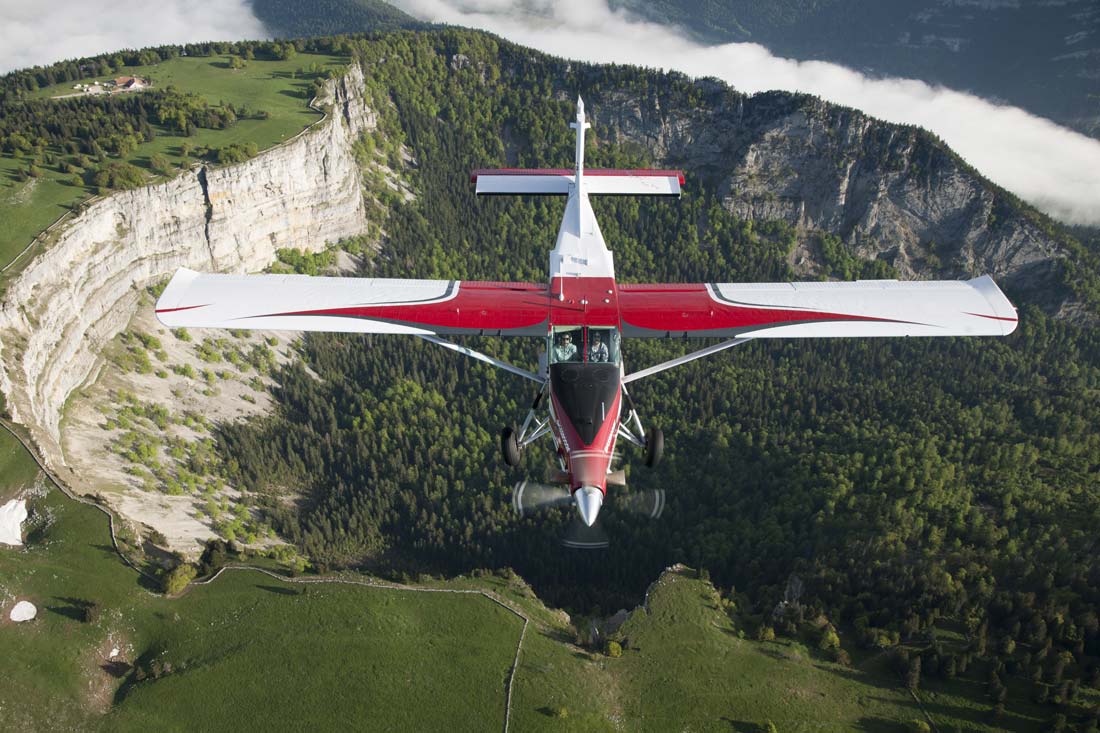 If you watch movies or TV at all, you’ve probably seen “the Porter” in action, taking off and landing on remote dirt airstrips in far corners of the world. That’s not just the work of Hollywood, that’s just what the Pilatus PC-6 Porter does best. The Pilatus Porter is considered one of the world’s most versatile STOL aircraft, an acronym for short take-off and landing. Pilatus Aircraft, based in Stans, Switzerland, introduced the PC-6 way back in 1959. [Click here to read more…]

Checking Out the Pilatus PC-24

If you’re in attendance at NBAA 2016, the second Pilatus PC-24 prototype will be part of the outdoor Pilatus display at the Orlando Executive Airport. In addition, a walk-in, life-size model of the PC-24 cabin has been available for attendees to experience as part of Pilatus’ indoor display, exhibit 4293, in the Orange County Convention Center. And for more information on the aircraft, you can visit the Pilatus website.