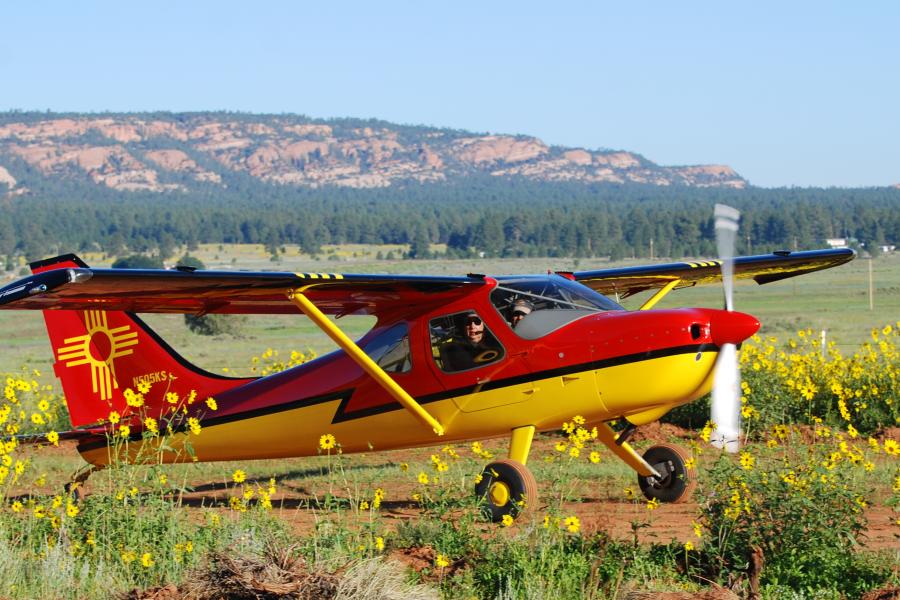 Your Guide to Fly Utah Backcountry

Information provided by:  THE UTAH BACK COUNTRY PILOTS ASSOCIATION

Located on the Eastern edge of the Swell, just west of the San Rafael Reef and north of I-70, is majestic Mexican Mountain, cut off from the surrounding plateaus by the continual eroding effect of the San Rafael River, and rising some 2,200 feet above the desert floor. The nearly 60,000 acre Mexican Mountain area is one of seven wilderness study areas in the Swell, and in their official report to the government, the BLM stated that “approximately 92 percent of the Mexican Mountain Wilderness Study Area is rated as outstanding for scenic quality”. Rich with history dating back to antiquity, dinosaur footprints, marine fossils, petrified wood and Indian artifacts such as petroglyphs, pottery shards, and structural remains mix with more recent trade and cattle trails, mining tracks and mining equipment. The area, with multiple canyons, the reef, the San Rafael River, and the mountain itself creates the perfect landscape for a hideaway.

Captain, You Gotta Let Me Fly!

For those with a pilot’s license who fly the Utah backcountry, Mexican Mountain stands as one of their most treasured places to visit.  They treasure flying in to one of Utah’s best kept secrets: the Mexican Mountain Airstrip. In the early 1950’s, Amoco Oil laid down the airstrip so they could drop an exploratory well in the area. After the well came up dry, they capped it and moved on, leaving the airstrip behind. In 1957, the Mexican Mountain area was designated a wilderness study area, but because the strip was constructed prior to this time, it remained available for use to the general public and any work necessary to maintain the airstrip was allowed.

The airstrip, running close to the banks of the San Rafael River, is in a great position to serve as a base camp for hiking the Black Boxes, Spring Canyon, and Mexican Mountain itself. There is also a small collection of petroglyphs in a boulder field just a five minute walk away from the airstrip, and many great camping options exist all around the airstrip. So, now let’s talk a little about the condition of the airstrip, weather in the area, and the optimal conditions for flying.

The airstrip, oriented southeast/northwest at 110 and 290 degrees, is located at coordinates N39.01.127, W110.27.024 at an altitude of 4,461 feet. The COM frequency for the airstrip is 122.9, and as Mexican Mountain is one of Utah’s busier backcountry strips, it’s recommended you use to frequency to properly communicate your moves and listen for communications from other planes in the area. Though it appears that the strip was originally graded and packed at about 2,000 feet of length, nature has reclaimed some of it in the intervening years, and about 1300 feet of runway remains open. One the eastern end, there are an additional 500′ feet of semi reclaimed strip available, but this should be considered run out ONLY!

The strip is narrow, roughly forty feet wide for most of its length, and has cottonwood trees on all sides of the runway within fifty feet of the strip. Coming in from the west, there is one imposing Cottonwood in particular that is situated somewhat close to the runway, but as long as you are aware of it, and line up with the center of the runway, it shouldn’t be a problem. The strip is hard-packed dirt and gravel, though the final 300 feet or so before the eastern section hits the run off area has a thin, soft and dusty top layer that is less packed. In general, the strip doesn’t get muddy or boggy, but after a recent storm, be aware of this possibility. It is not recommended to land when there is standing snow on the strip, both because it makes the landing much more difficult, and the snow can mask foreign objects on the runway. It is also not recommended to land here during a storm, but then again, you probably shouldn’t be flying during one either. Checking the weather and staying current on changing conditions is a necessity. The windsock, located on the north side and eastern portion of the strip is occasionally a little tattered, but is replaced often enough that it’s generally of use.

The best time of day to land at or takeoff from the airstrip are early in the morning or late in the afternoon. During the height of the day, the desert temperatures rise which produces a high density altitude and in turn, less stable flying conditions. This is also one of the two reasons it is not recommended to fly out to the Mexican Mountain airstrip in the months of June, July and August. The other reason is that it’s hot, midges and mosquitoes are out in force, it’s really hot, and did I mention that it’s really, uncomfortably, blazingly hot? Another reason it is preferable to land and takeoff in the morning and late afternoon is that the winds can occasionally be unpredictable during the day, and in the spring months, often fairly constant.

March, April, May and September, October, and November are the ideal months for flying to this airstrip. In addition to checking for current weather conditions, as with any backcountry strip, you should do some recon, flying over the strip a couple of times before landing to visually verify the runway is clear. Along with the expected things you might find, like logs, tree branches, or large rocks, keep in mind that there is wildlife in the area, such as deer, and bighorn sheep, and cattle occasionally pass through. This is also a popular hiking area, and there are campsites just off the sides of the runway, so also keep an eye out for parked planes, campsites, hikers, campers, little kids, and dogs. If it is necessary, the go-around is fairly open from either direction, and should not be a cause for additional stress.

If conditions exist that are not conducive to landing safely at the Mexican Mountain airstrip, or you find yourself in need of refueling, there are multiple airport options that exist nearby with paved runways and all have available avgas. A mere 11 nautical miles east/southeast of the Mexican Mountain airstrip, over the spine of the Swell, and just off of I-70, is the Green River Municipal Airport. 38 nautical miles north/northwest is the city of Price, and the Buck Davis Field; and 30 Nautical miles northwest is Huntington Municipal Airport.

UPDATE: In October of 2014, the UBCP and the RAF teamed up to regrade and repair the 500 feet on the eatern end of the airstrip that had become overgrown and soft.  The airstrip now once again has roughly 1800 feet of usable length,

Which brings us to your plane. When preparing your plane for flying to this airstrip, there are some questions to ask yourself, and you must be absolutely sure on the answers. Is you plane powerful enough for this strip, especially with the short runway? Are you aware of the density altitude limitations, how they may affect your planes performance, and if you can safely fly within those potential limitations? Do you know your plane’s load carrying capacity, how it will be affected by all the given conditions, and can you stay below that threshold? Will you have enough avgas to make it to the strip and back, or will you need to refuel, and do you know all your potential fueling points (including the three aforementioned airports closest to this airstrip)?

These may seem like simple common sense questions, but it is important that you’re properly prepared for backcountry flying. One thing to consider, especially if you’ve never flown to this particular strip before, is contacting fliers and operators in the area to see if they can give you a recent appraisal of the airstrip’s condition.

Weather or Not to Fly

On average, the warmest month is July.

The highest recorded temperature was 110°F in 2002. Every day in Jun-Aug has had a record high over 100 degrees F.

The average coolest month is January. Every day in January has had record low of over -10 degrees F. The lowest recorded temperature was -25°F in 1979.
The most precipitation on average occurs in October.

Speaking of New to the Strip

If you’ve never flown to this airstrip before, there are a few things to keep in mind that will make this a less stressful experience.

Backcountry flying is an amazing way to see the countryside. In particular, the Swell is quite beautiful to fly over, especially after a recent storm has covered the craggy rock landscape with countless sparkling jewel like water pockets. But like with most things of beauty, you must be careful. Understanding your planes performance capabilities and flying within those capabilities, knowing the current weather and conditions in the area, having all the information possible about your destination, and adequately planning the trip in advance are all an important part of being able to enjoy the vast and untamed beauty of the Swell without falling prey to it’s stark and unforgiving dangerous side.