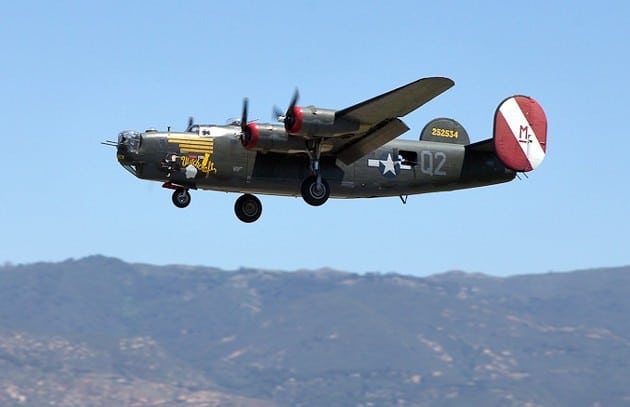 The US Government Accountability Office (GAO) has released a report that raises concerns about the decade old aviation fuel fraud law. According to the report, less than half of noncommercial jet fuel tax receipts are being deposited into the Airport and Airway Trust Fund, amounting to between $1 – $2 billion “or more.” In addition, as a result of the aviation fuel fraud law, the report finds that aviation fuel vendors have been overpaying in fuel taxes by as much as $230 million.

The fuel fraud law was included as part of the 2005 highway bill and was designed to stop commercial truck operators from buying jet fuel for their vehicles in order to avoid paying a 2.5 cent per gallon higher tax in highway diesel fuel. The law requires that noncommercial jet fuel is taxed at the same rate as highway diesel fuel, with the extra tax revenue being diverted from the aviation trust fund and deposited into the highway trust fund until approved aviation vendors are able to demonstrate that the fuel was indeed used for aviation purposes, and they file for a refund.

Congress ordered the GAO investigation as a result of aviation industry leaders raising concerns about losses in aviation revenue, the harm it was causing to small businesses, and overall cumbersome requirements.

The GAO’s report reviewed the history of the fuel fraud law, including fears that truck drivers were using a variety of methods to avoid paying billions in highways diesel fuel taxes. This included one case where a group of a half-dozen individuals were found guilty of illegally blending diesel fuel and jet fuel. However, the report questioned the overall extent of the issue, finding that “reported instances of jet fuel diversion for non-aviation purposes are rare, and economic and technological disincentives may further discourage such activity.”

According to the report, the IRS cited instances of fuel fraud involving jet fuel but was unable to provide documentation for any that occurred before the aviation fuel fraud law was put in place. The report also points out that over the last decade, the average price of jet fuel has been $2 higher than highway diesel fuel, providing a pretty strong disincentive for fuel fraud.

Something else the report uncovered was that the majority of the aviation fuel vendors eligible for a refund were not filing to receive them. Filing for refunds is voluntary, and the GAO estimates that only about a quarter of eligible vendors filed a claim for the 2015 fiscal year. When looking into the question of why, industry stakeholders pointed to the challenging refund process, saying that 2.5 cents a gallon is often not worth the effort of going through the hassle of getting a refund. The end result is that the un-refunded revenue stays in the highway trust fund.

Reactions To The Report

Congressman Mike Pompeo (R-Kan) who led the congressional effort on the GAO study, said “This GAO report not only confirms that the fuel fraud provision is deeply flawed and misguided; it demonstrates that the impact on general aviation is far worse than we originally thought. This policy serves no practical purpose in the real world and has accomplished nothing short of robbing the aviation industry of billions of dollars over the past decade.”

Aviation groups agreed with the assessment, with National Air Transportation Association chairman Andrew Priester calling the lost revenue “simply staggering.” He adds, “Consider how many new runways, instrument approaches or additional air traffic control towers could have been built had this money been available for its intended purpose.”

NATA’s Senior VP William Deere pointed out that the FAA correctly predicted the aviation fuel fraud law would cause problems down the road. In late 2005, the FAA wrote the IRS, saying that “the solution to [the highway diesel fuel tax] problem should not harm legitimate aviation users in a fragile industry or create significant administrative burden.” In addition, they requested that the IRS set aside the fuel fraud law until the aviation industry could work out a better solution, but that request was not granted.

We reached out to the FAA for a comment on the GAO report, but they said they had no comment at this time.

NBAA’s COO Steve Brown said, “After an extensive and unbiased investigative process, the GAO’s findings validate our belief that the current system is fundamentally flawed, and not structurally aligned with the intent of either the highway or aviation trust funds.”

With the report in hand, Brown, Priester an others are calling for Congress to take action to correct the issue in a future transportation bill.

For those who are interested, you can find a full copy of the report on the GAO’s website.

If you’ve gone to the GAO’s site, you may have noticed that at the bottom of the page, under the header “What GAO Reccommends,” it simply says “GAO is not making any recommendations.” We reached out to GAO for some clarity on why they’re not making a recommendation, and here’s what they had to say:

“GAO generally has 2 options in recommending a course of action to address an issue.  The more traditional way is to make a recommendation to the agency which is responsible and could take action on the recommendation.  The second GAO option is to develop a “matter for congressional consideration”.  For the fuel tax report, we developed a draft matter, because only Congress can make the necessary change. In  internal discussions and discussions with the staff of the members of Congress who had requested the study, it was decide that GAO would not include a matter in the report.”