The FAA is requesting feedback from any owner/operators who has experience with the issues detailed in the Airworthiness Concern Sheets.

On May 4, 2016, the FAA issued Special Airworthiness Information Bulletin (SAIB) CE-16-16 to alert aircraft owners, operators, maintenance technicians and inspectors of the potential for cracks and corrosion in the stabilizer hinge brackets and tailcone reinforcement brackets on Cessna 180 and 185 aircraft models that had been equipped with floats or skis.

According to the SAIB, a recent 185 inspection had revealed “excessive up and down movement of the horizontal tail section,” and on further inspection, the FAA found that both the stabilizer hinge brackets and tailcone reinforcement bracket were cracked.

According to the Airworthiness Concern Sheet, issued February 8, 2017, the FAA’s review of SDRs (service difficulty reports) turned up additional similar failures of the tailcone replacements. They also say that for float-equipped aircraft, “water impinging on the horizontal stabilizer” appears to be a cause of the cracks and breaks, while also noting that “these cracks and breaks may be initiated on airplanes with a tail wheel due to deterioration of the two rubber bushings at the aft end of the tailcone.” They say that their findings indicate “excessive risk” in the short term, and “high risk” in the long term.

Finally, the agency said that in their review of SDRs, they identified these other “parts of interest” in the area of the tailcone that also needed to be inspected (and provided a part number for them as well):

The FAA is interested in receiving feedback and information regarding the results of the inspections outlined in SAIB CE-16-16, including the current flight hours on any Cessna 180/185/A185 airplanes that have completed these inspections, and in feedback related to the ease and amount of time required to complete the inspections. They’re also interested in other information, such as proposed alternate inspection or repair procedures and cost impact, though they request that commenters be as specific as possible, and use specific examples to illustrate comments and/or concerns.

AOPA has provided a link where owners/operators can view both the airworthiness concern sheet and SAIB CE-16-16, and feedback/information can be communicated to the FAA using the contact information found in the ‘Reply To’ field at the top of the airworthiness concern sheet. The agency requests that replies be sent to them within 90 days of the sheet’s February 8 issue date.

For Cessna 172, 175, 182, 205, 206, 207, and 210 models with strut-braced wings, the sheet reveals a concern with cracks being found in the lower forward cabin doorpost that supports the wing strut. According to the agency, the issue was discovered during the inspection of a Cessna 207 fleet, when an operator found cracks in “the lower forward cabin doorpost, in the proximity of the wing strut attach fitting” on several airplanes. A further review of several SDRs found similar reports for additional Cessna models that shared common design features.

The agency says their concern is that wing deformations resulting from the cracks “may change flight characteristics such as stalls.” They add that, although it’s not as likely, a concern also exists that excessive cracking may cause the wing strut to lose support at the door post, which could result in wing separation. Their findings indicate this issue is “high risk” once cracks develop.

To do a visual inspection for cracks on the lower doorpost, the agency says it requires removal of the upholstery, heater ducts, and floorboard inspection covers. Along with the concern sheet, they have provided another sheet with the appropriate Supplemental Inspection Documents (SIDs) to review, as well as the corresponding service bulletin information from Textron Aviation. Again, thanks to AOPA, you can click here to view the document.

The FAA is also seeking feedback on this concern as well. In particular, they’re looking for the current flight hours on any Cessna 172, 175, 182, 205, 206, 207, and 210 models with strut-braced wings, and the results of the inspections as outlined in the Cessna SIDs. They’re also interested in feedback regarding the ease and amount of time required to complete the inspections. Feedback and information can be communicated to the FAA using the contact information found in the ‘Reply To’ field at the top of the airworthiness concern sheet. As above, they’re requesting that feedback be provided to them within 90 days of the sheet’s February 8 issue date. 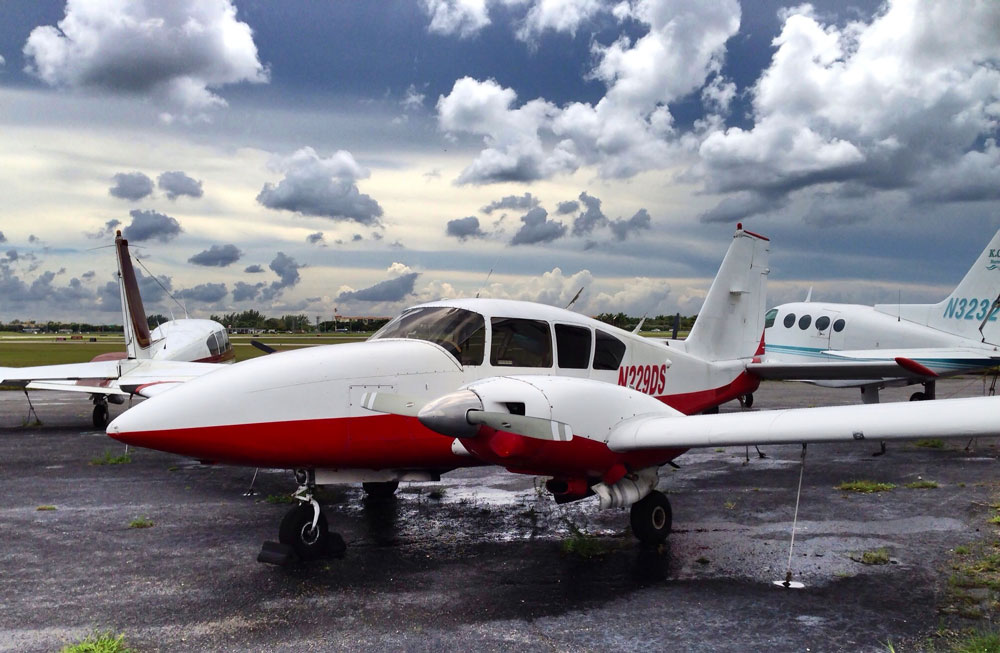 The FAA has issued a Special Airworthiness Information Bulletin (SAIB CE-17-08) to owners and/or operators of Piper Apache and Aztec aircraft. The SAIB addresses an airworthiness concern with the failure of the main landing gear drag link bolt. According to the agency, fatigue cracking can develop at the midpoint of the bolt shank, which can lead to the failure of the bolt, which in turn can cause the main gear to collapse. The SAIB is being issued after an incident in which [Click to read more…]