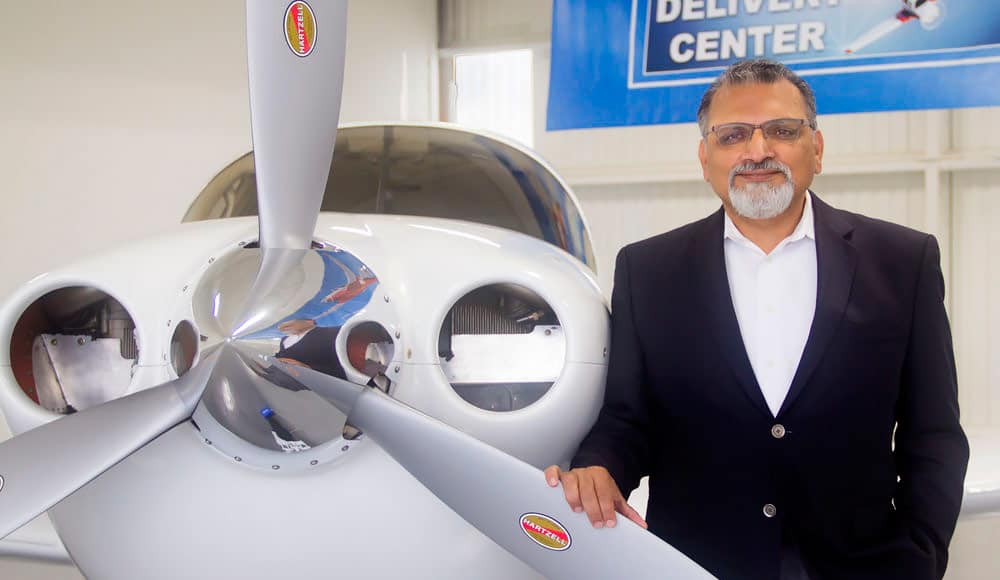 Blackhawk Modifications has shared details regarding their new XP 67A Engine + Upgrade program for the King Air 350. They are currently developing a Supplemental Type Certificate (STC) that will allow for the installation of the Pratt & Whitney Canada PT6A-67A engine in place of the King Air 350’s existing PT6A-60A engine. Blackhawk has installed the upgrade in their own 350, and will be using it as the STC test aircraft during the flight testing process. They expect to receive the STC for their latest King Air 350 engine upgrade program by Q2 2017.

According to Blackhawk, “The PT6A-67A engine is a 1200 SHP power plant that will replace the existing 1050 SHP PT6A-60A engine currently certified on the King Air 350 model. Blackhawk’s STC will flat rate the 1200 SHP to the airframe limit of 1050 SHP allowing an operator to take advantage of more than 400 thermodynamic shaft horsepower per engine in climb and cruise settings (1825 ESHP). This higher thermodynamic rating will also improve takeoff and climb performance in high altitude and hot ambient temperature conditions”

Blackhawk adds that initial performance tests have exceeded their original projections, and that typical cruise speeds will be increased by up to 37 KTAS, and that pilots can “settle in at up to 340 KTAS if an operator chooses to fly at maximum engine power limits.” Blackhawk’s STC will include a new Flight Manual Supplement, with full performance specs for flight planning purposes.

Jim Allmon, Blackhawk’s CEO and President, said “We worked very closely with Pratt & Whitney to bring to market the best PT6 engine model that will boost the King Air 350 to the next level. The PT6A-67A pushes the King Air 350 above and beyond what can be achieved with many jets. The XP67A will attain jet like speeds, can carry twice the payload much farther, and will burn a fraction of the fuel while lowering maintenance, operating and acquisition costs. It reintroduces the King Air 350 to a larger group of private, business and commercial operators as well as the special missions arena.”

The new engine upgrade is going to require a new propeller as well. Blackhawk is currently testing the engines with a German-designed 5 blade natural composite propeller from MT that has a 102 inch diameter. So far, the propellers have tested well, and Blackhawk noted they also have offered reduced noise and vibration levels. Blackhawk says that the Hartzell 105 inch diameter 5-blade composite propeller will most life be included in the initial STC as another option, and that Raisbeck Engineering is working on a migration path for their new Swept 4-blade aluminum propeller assembly to be compatible with the upgraded engine as well.

Blackhawk is saying that the initial certification should include all Proline II equipped 350’s, with steam powered engine instruments. They are also working with Garmin to be able to include G1000 compatibility in the initial STC. After that, a separate certification progra, will address the Proline 21 equipped models, as well as 16,500 pound increased gross weight kit with extended range tanks

Signing Up For the new King Air 350 Engine Upgrade Program

Blackhawk is now accepting precertification orders for the new King Air 350 engine upgrade program, and a that a “$50,000 refundable deposit will secure an initial delivery position and lock in a pre-certification pricing rebate.”

They also note that PT6A-60A engines that qualify for the upgrade are required to be returned. However, qualifying engines that are returned will be issued a credit of “$70 per hour / per engine for time remaining to the 3600 TBO.” For more information, head over to the Blackhawk website.