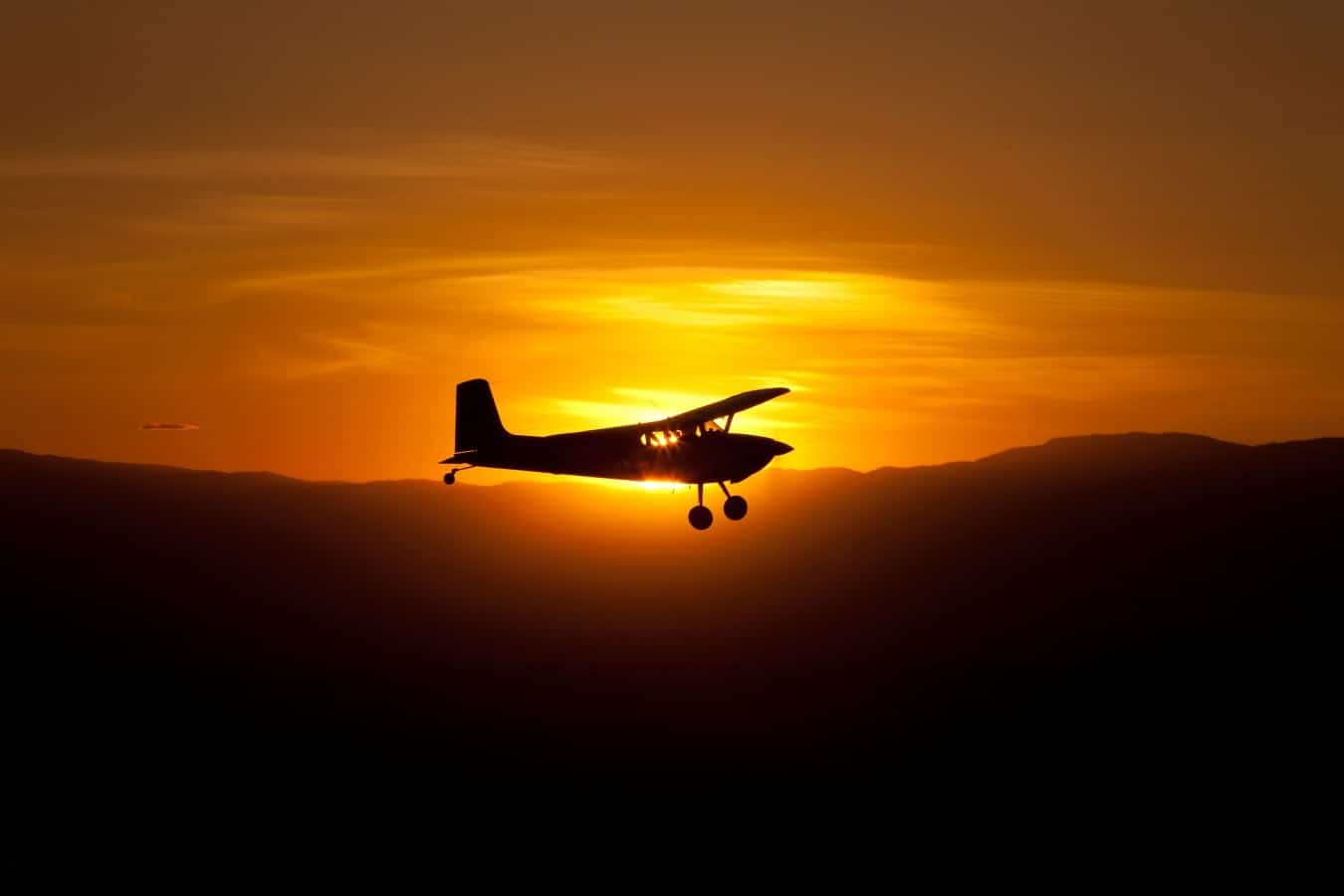 Learning to Fly a Taildragger

Through Coordination and G-Force Sensitivity, You Too Can Earn Your Black Belt in Stall Prevention!

By the age of seven, I had lost faith in the tooth fairy. Why would a nocturnal, elf-like creature pay a dollar for a discarded shell of enamel? It made no sense. Even so, I took precautions. I never fell asleep with a pillow over my head for fear that I’d wake up holding 20 bucks and find that all my teeth were missing.

Like the tooth fairy, some ideas make less sense when examined closely. Aviation ideas are no exception, especially those concerning stall prevention.

The cornerstone of stall prevention is education. We know that ground study and flight training in stall awareness reduce stall accidents. No earthshaking revelation here. But these accidents occur with disturbing regularity, despite an education that supposedly inoculates us against them. I wonder why?

As a newly rated pilot, how much time did you spend in stall prevention training? My typical aviation audience estimates spending three to five hours practicing stall awareness, recognition, and recovery. Let’s subtract the time lost to the peripheral events associated with doing stalls: clearing turns, climbs to altitude, maneuvering, etc. After all, clearing turns are important, but they don’t teach you anything about stalls, do they? According to my abacus, some pilots spend as little as 30 minutes in the throes of the actual stall experience.

In other words, as a new pilot, you may only have a half hour’s worth of meaningful experience in recognizing stalls and practicing a stall recovery reflex. Is this sufficient experience?

Stall training is like the martial arts—both are defensive strategies. One protects you in the air; the other, on the ground (both involve making strange noises, too). Martial artists usually practice two times a week, two hours at a time for at least three years before obtaining a black belt. That’s a minimum of 600 hours of practice.

“Wait,” you say, “pilots mentally rehearse stalls, thereby enhancing their skill, don’t they?” Well, they could, and if they did it would help form and reinforce habit patterns. Any psychologist worth his weight in shrunken heads would insist that I give credit for this process which is known as covert rehearsal. The problem is, we don’t receive enough mental practice to aid in making stall prevention a reflex.

“OK,” you say, “but most aviators continue their stall training after receiving their pilot certificate, right?” So sorry. Stalls are usually on the bottom of the food chain where a pilot’s educational nourishment is concerned.

During a recent flight review in a Cessna 210, I asked the pilot to demonstrate a departure stall. He looked at me as if I were a DMV clerk who wanted the organ donation…now, not after the accident. He quipped, “Rod, ahhh, this airplane is a little too big to be doing stalls in.” (Ohhhhhh, I just luuuvvve it when that happens.)

You Can Stall in Any Size Aircraft

I informed Bob (not his real name) that stalls can be done in a Boeing 747. Of course, this upsets the passengers, so airline pilots practice them in simulators instead. Bob’s previous instructor never required a stall demonstration in the Cessna 210. In fact, the last time Bob heard a sound similar to a stall horn was when the family vacuum ran over the cat’s tail. To Bob and his instructor, stall practice was an obligation to meet during pilot certification, rather than a skill to fastidiously maintain.

The tragedy here is that every flight provides the opportunity to review the basic skills of airmanship, except stalls recognition and recovery. Our landings can improve because we must practice at least one after every takeoff. Unlike landings, however, stalls are not incidental to a normal flight. They are accidental, and we shouldn’t do them that way. We’re led to feel confident about our overall airmanship while our stall prevention skill atrophies. What’s a pilot to do?

Let’s be realistic about stall training. Get it when and where you can. Practice them during your next airplane checkout. Tell the instructor you want to do a series of stalls. You’ll shock him. He’ll think you’ve skipped your medication. In the meantime, take a lesson from the bumper sticker that reads: Forget About World Peace… Visualize Using Your Turn Signal. In other words, do small things when you can’t do big ones. I’m referring to those every day piloting skills you can practice on each flight that minimize your chances of a stall/spin accident. I have three basic skills in mind.

Begin by practicing your rudder and aileron coordination, otherwise known as seat-of-the-pants flying. Even if you don’t wear pants while flying (you should wear something, of course), the same force that moves the ball in the inclinometer also applies to your posterior. Right ball deflection means right derrière pressure- which requires right rudder application. I know low time pilots who make perfectly coordinated turns by sensing the pressure on their derrière (or the look on their instructor’s face).

It’s especially important to keep the ball centered during critical flight times such as takeoffs and base-to-final turns. Remember, airplanes usually won’t spin unless they’re stalled in uncoordinated flight. It’s the uncoordinated condition which causes one wing to stall before the other. An accidental stall in a coordinated turn allows both wings to stall at the same time. Where’s the surprise here? On most airplanes with reasonable stall characteristics, you can see, hear and feel the stall coming miles away.

Next, become sensitive to variations in g-force. We are often reminded about the sights, sounds and control feel associated with stalls. Yet we seldom practice associating an increasing g-force (load factor) with an increase in stall speed. This is perhaps the most important reason we practice steep turns in the first place. It’s a chance to calibrate your g-force-to-body sensation ratio.

Suppose you’re turning from base to final and feel yourself getting heavier (without cupcakes being involved). You’re now closer to stalling. You can unload the wings (shallow the turn) if you feel you have an inadequate margin above stall.

Finally, learn what angle of attack really means (honest, I’m not kidding.) I consider this one of the most easily misunderstood concepts in aviation. Anyone who has trouble comprehending how we can maintain a positive angle of attack during a loop knows what I’m talking about. Angle of attack is more than a dusty academic term. It’s the center which supports a constellation of ideas essential for stall prevention.

Avoiding stalls means avoiding the critical angle of attack. It’s ironic, but true, that we must avoid something we can’t see. Without an angle of attack indicator, the concept is invisible. We can imagine it, but we don’t literally see it, which makes it a difficult concept to grasp. This explains why some pilots feel stall proof when their airplane’s nose points below the horizon. They believe the critical angle of attack is unreachable in this attitude (or, for that matter, any attitude). Not true. Airplanes can be stalled at any attitude and any airspeed.

I’m asking you to be as practical about stall training as my grandfather was about his pets. According to family historians, he lowered his bird feeder to six inches above the ground. This gave him a combination cat feeder-bird feeder. That’s practical (although a little weird). When you can’t obtain the stall training you want, practice the next best thing. Develop your coordination skill and g-force sensitivity. Pursue the meaning of angle of attack. Do these things on every flight and you’re one step closer to an honest black belt in stall prevention.

Stalls and Spins and the Conditioned Reflex 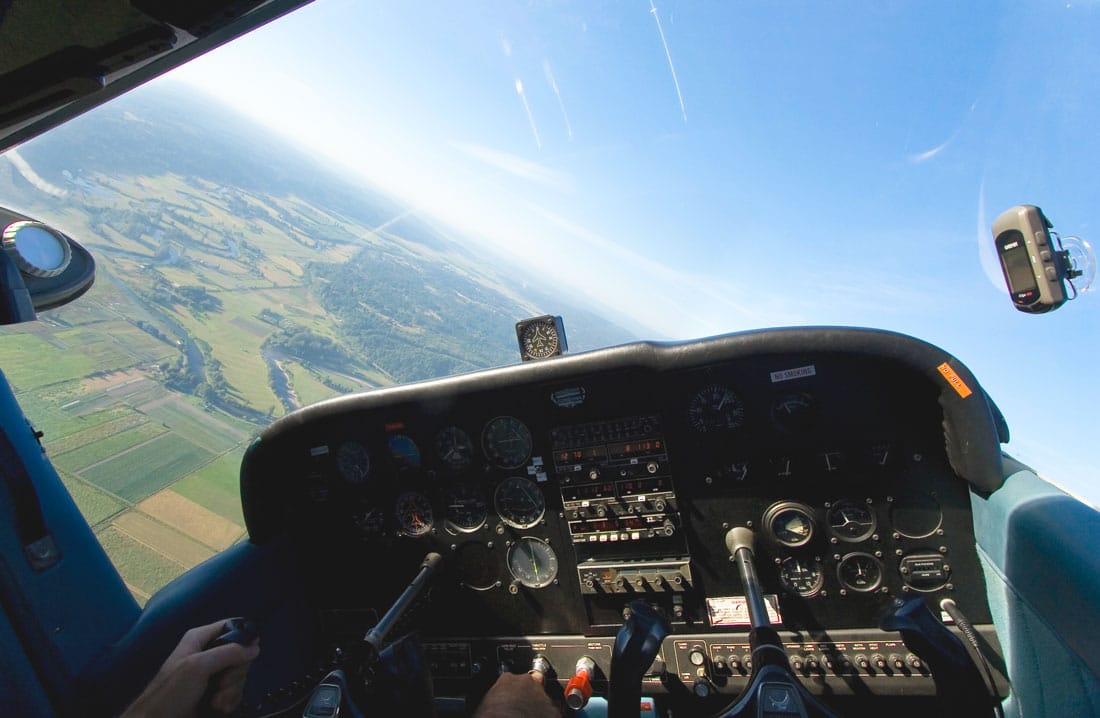 A few things bother me. For instance, my wife and I live in San Clemente, California, a few miles away from a nuclear reactor. The plutonium doesn’t concern me as much as the farmer across the street. He has 20 head of cattle…yet he only has 13 cows! That concerns me. Equally dubious is the rationale used by some to explain why pilots stall/spin airplanes. I once received a comment from a concerned aviator suggesting that stall/spin accidents result from the pitch/power technique [Click to read more…]