Innovator Aircraft Expected To Be Available in 2017

Details on the Innovator Aircraft

The Innovator is a two-seat aircraft, sporting a “three-surface blend wing and lifting-body airframe.” The aircraft has a top speed of 185 knots, a cruise speed of 160 knots, and a useful load of 800 lbs. It also features a fully loaded range of 800 nm. In addition, the aircraft will be powered by a 180 hp engine, and sport a fixed, tricycle landing gear. According to company officials, the aircraft’s unique configuration is inherently stall and spin resistant and has excellent handling at low speeds.

The aircraft kits are being designed to be customer built over a two to three week period at the 82,000 square foot Commuter Craft facility, using factory tooling. Company officials say that the Factory Build program is designed to save money. This is accomplished in part by eliminating the cost of expensive tools and a dedicated space to build the aircraft. They also noted that the build process entails very little fabrication. Instead, it consists of primarily assembly and bonding.

In addition, a dedicated technician will be provided to each builder. This is being done in order to ensure the overall quality and use of proper technique when building the aircraft. Once the airframe is finished, various factory options will be available for the engine, propeller, instruments, interior, and paint. The company expects customers to be able to fully build an Innovator Aircraft in as little as three months total time. 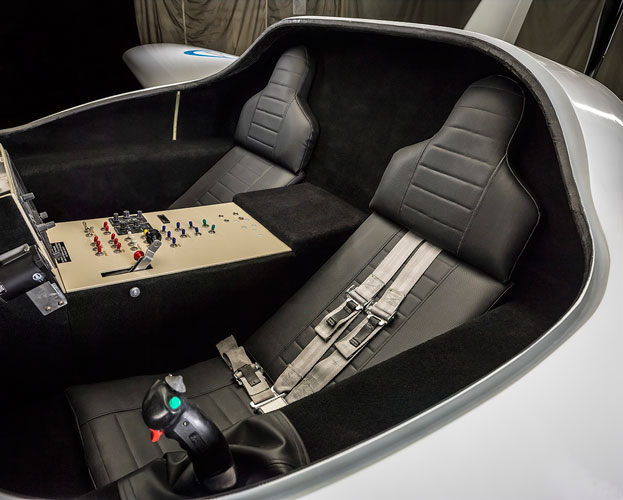 Commuter Craft started taking reservations for the Innovator Aircraft this past April. They are continuing to offer a pre-production special until September 2016. For more information, check out the Commuter Craft website.