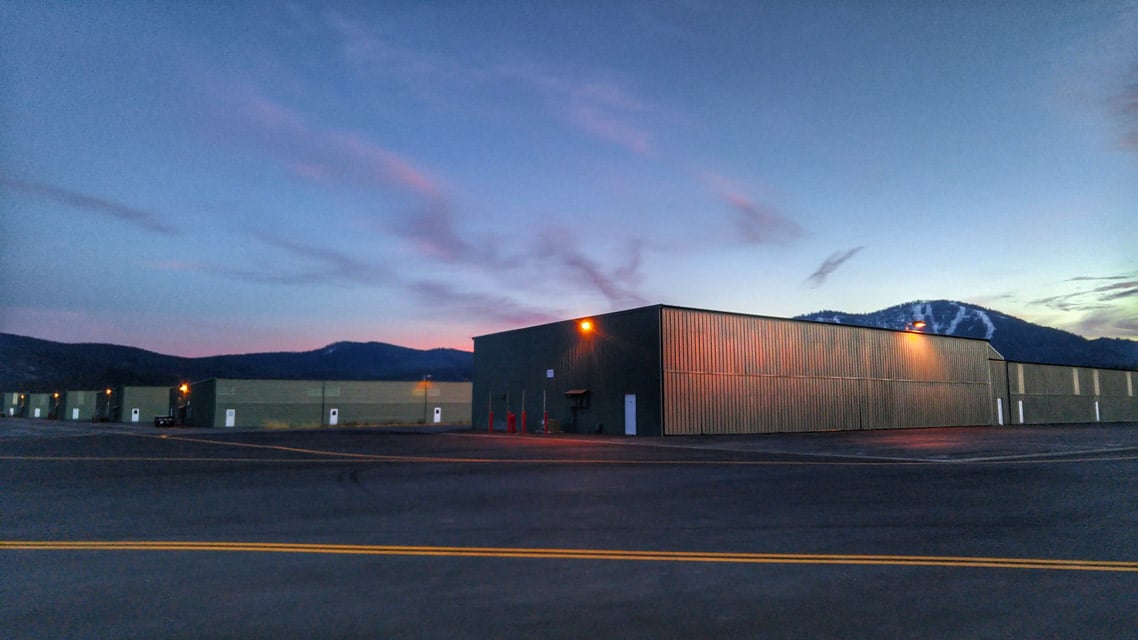 Flight Lesson Journal: $60 Worth of Paperwork

Cessna saw great success with their 1953 Cessna 310 light twin. For decades it rolled off the production line as a trainer, personal aircraft, and business commuter. It had been through so many variations that pilots joked they were running out of letters of the alphabet. The only other “new” twins to come out of Cessna during that time were heavier pressurized commuter aircraft. The need arose to replace their 310 with something more modern and keep a hold on the twin trainer market that Beech and Piper were dominating. Enter the Cessna T303 Crusader.

Development of the Cessna T303 Crusader

Cessna’s replacement for the 310 was another four-seat low-wing aircraft, powered by two four-cylinder Lycoming 160 hp O320 piston engines. This Cessna 303 Clipper first flew in 1978, and the first flights weren’t pretty. Cessna had used a new NASA-designed airfoil for the wings, but there were still some big problems with performance and stability. In addition, after the first flight, market research showed that there just wasn’t a demand for four-seat twins anymore. Everyone wanted a plane that could carry more load than what the 303 could offer, and Cessna abandoned development of the Clipper.

Cessna re-attacked this design the following year. They made the cabin larger to hold six people, and with that were obliged to add some larger engines. A turbocharged 250 hp Continental TSIO-520-AE six-piston engine was added to each wing, which kept the same NASA airfoil design. The engines featured counterrotating propellers, eliminating all critical engine limitations for single engine operation. This aircraft was renamed the Crusader; PanAm still held rights to the Clipper name and Cessna wanted to avoid any legal troubles.

Nothing was spared during development. As a result, this new aircraft underwent extensive wind tunnel testing for the next couple of years, finding every single little disturbed airstream. Control surfaces and fairings were slightly modified over and over, and the horizontal tail was moved halfway up the vertical tail to address prop wash concerns. This “crescent tail” would become the identifying feature of the 303. The first deliveries of the aircraft started in late 1981.

The Cessna T303 Crusader would, unfortunately, succumb to market dynamics just as the Clipper did, but not before 297 aircraft were produced. In 1984 there just wasn’t a demand for GA twin piston aircraft – in fact, the entire GA market was suffering. Production ceased that year.

The Crusader is overall a very simple aircraft to fly. And because of all of the wind tunnel testing, there aren’t many surprises. Really the only one that pilots regularly mention is pitch control throughout the entire flight envelope. A lot of backstick pressure is required to get the nose off of the runway at takeoff, and then without much warning, it just jumps into the air! Pilots then have to ease forward to get the nose back down to takeoff attitude. The gear configuration is partly to blame for this; the mains are located well aft to keep the aircraft from tipping onto its tail when CG is at the back of the envelope.

Entry into the T303 Crusader is much simpler than comparable low-wing six-seat light twins. These other aircraft usually require climbing over a wing and then a seat or two to get into the passenger cabin. The Crusader is equipped with air stairs, giving it more of a corporate jet feel. Passengers then enter a roomy cabin with seats in the club configuration. A stowaway table permits eating, working, or playing cards. The cockpit can be separated from the passenger cabin with a small curtain.

The cockpit is very large and spacious. There is a lot of shoulder room up there as well as excellent visibility with the wraparound windshield. The instrument panel is huge and almost looks empty in delivery aircraft without a lot of avionics upgrades. 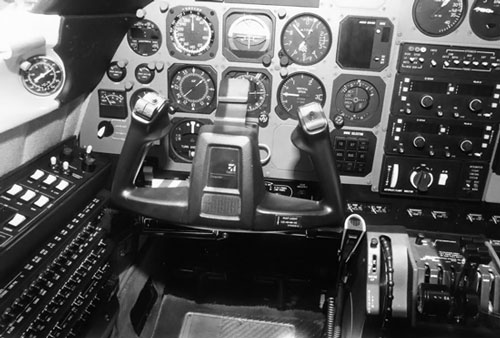 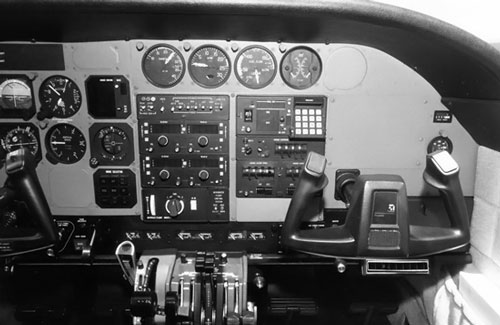 The Cessna T303 Crusader has ample storage space. There is a storage compartment in the nose, tail and uniquely in each of the wings. You won’t find that it all gets used – the Crusader is still underpowered, and you can carry either passengers, cargo, or fuel. But not all three. Cessna had plans to upgrade to bigger engines but they were forced to cease production before the enhancement.

Endurance is over five hours with a full 153 gallons of fuel. But with a useful load of 1,845 pounds, full wing tanks will only leave 820 pounds for passengers and cargo. The Crusader cruises right around 170 knots with an average consumption of 25 gallons per hour. At sea level on a standard day and moderate load, the Crusader will climb at 1,000 feet per minute but this drops drastically with altitude and load. And with one engine you’ll be lucky to climb at all. Cessna’s specs will show a single-engine climb rate of 250 feet per minute at sea level on a standard day, but pilots have reported that the reality is much less.

Cessna had a lot of potential with the T303 Crusader. The initial design had a lot of bugs worked out, with the exception of being underpowered, but Cessna was ready to address that. There were hardly any changes at all to the base model during the entire short-lived production run – just the addition of optional deicing equipment and some small changes to the cabin configuration. Unfortunately, it fell victim to the market.

Current 303 owners still love their Crusaders, with the exception of one big piece of airplane ownership – sourcing of spare parts. There’s not much out there due to the short production run!

What Are the Cessna T303 Crusader’s Specs?