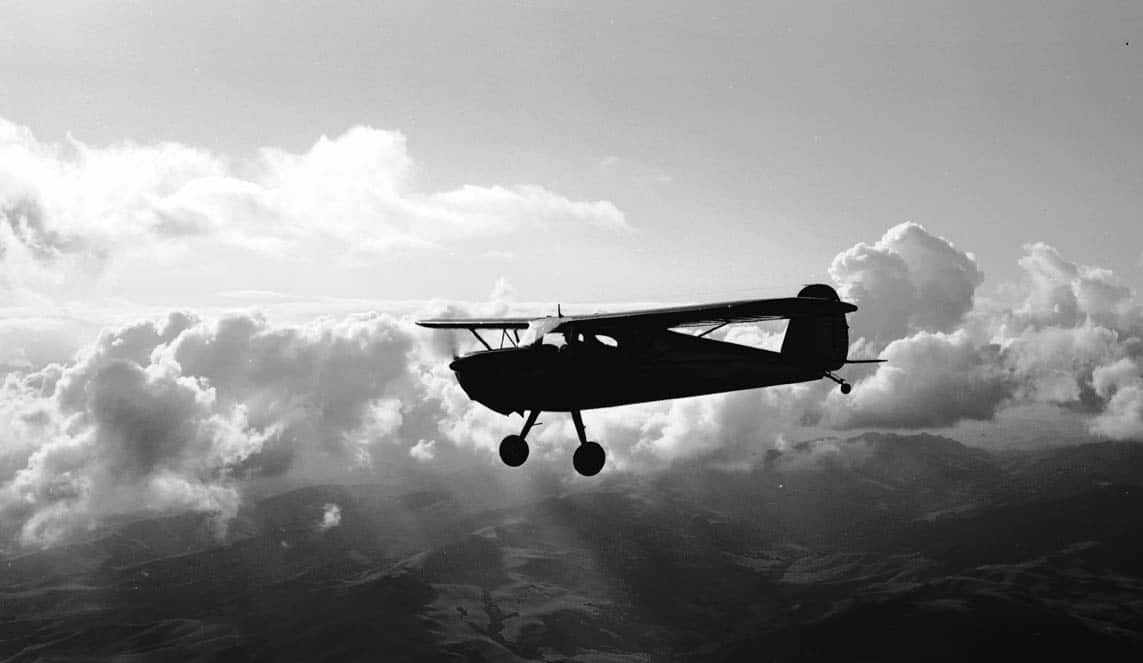 The Cessna 120: The Little Trainer That Could

If there’s one major performance characteristic that the Robinson R44 could improve on, it’s operating at high altitude on hot days. Even the Raven II, the fuel-injected R44, can be inadequate on certain days with just a light load. But don’t get me wrong, there’s still a reason it’s one of the world’s best-selling and most admired helicopters, and I love flying it.

Well, meet the Robinson R66 helicopter. Just imagine an R44 with wider blades and a more powerful engine – a turbine engine, not a piston. Robinson finally did it and put a turbine in their small, lightweight, affordable helicopters.

It’s All In The Engine

I couldn’t believe how small the Rolls-Royce 300 engine was when I saw it during a factory tour. It looked like a toy – and at only 200 pounds, how much power could it possibly put out?

Speculation about Robinson manufacturing a turbine helicopter has been around for quite some time, but no one in the company would ever admit that they were looking into it. Frank Robinson had in fact been looking into turbine development for a couple of decades, but the project wasn’t a priority because none of the available turbine engines were small enough or light enough to fit in something similar to an R44.

What do you do when you aren’t happy with what’s available? Just design something new that meets your specifications. That’s what Frank Robinson did when he went to Rolls-Royce and asked for a smaller, lighter engine than their 250-C20B. The RR250-C20B was widely used in other small turbine helicopters and has seen enough use to have all the kinks worked out. Rolls-Royce took this engine and “miniaturized” it, leading to the RR300.

Jason Propes, Rolly Royce SVP – Helicopters, had this to say about the engine when we reached out for comment, “We were extremely excited to tackle the engineering challenge set by Robinson Helicopter to design and manufacture a pioneering lighter, smaller and more affordable engine that provided its customers a with seamless transition from piston power to the superior benefits of gas turbine technology.  The RR300 offers unrivaled smoothness, power availability and fuel alternatives, providing an enhanced overall experience when flying this phenomenal helicopter.”

Other Differences Between the R66 and R44

From a distance, the Robinson R66 helicopter may fool some into thinking it’s an R44. The fuselage is completely different, however, but it does feature the same design characteristics as the R44.

Visually, the main difference to differentiate the R66 from the R44 (other than maybe an “R66” decal on the side) is the screened air intake at the base of the tail boom where it meets the fuselage. Besides that, the fuselage is wider and the main rotor mast is taller, two things that would be hard to notice just by looking at an R66 by itself. The exhaust is larger and centered at the aft end of the fuselage. The windows are also slightly lower, allowing for better visibility.

Inside, the wider fuselage allows for a fifth seat to be added in the rear row with now standard leather upholstery. Cramped shoulders are always a problem with three rear seats in a helicopter this size, but Robinson moved the middle seat slightly forward and higher than the other two. This gives passengers a little more room in the shoulders, but the middle passenger may be bumping their head if they’re any taller than about 5’9”. This is made up for in legroom, which has increased from the R44.

Baggage capacity has significantly increased. The R44’s baggage loading was limited to what could fit under the seats assuming four passengers. And there’s not a lot of room under those seats with their design to crumple and absorb loads in a crash. But with the smaller, relocated engine of the R66, an 18 cubic-foot dedicated baggage compartment has been added where the Lycoming O-540 is positioned in the R44. Robinson boasts that this baggage compartment, with a generous load of 300 pounds, is big enough to carry your golf clubs.

The instrument panel is more or less the same but with the differences you’d expect to see in a turbine rather than a piston aircraft, such as a torque gauge, and measured gas temperature (MGT) gauge. Standard dials are, well, standard, with the option to upgrade to a glass cockpit. The R66 retains the unique T-bar cyclic that makes entry and exit much easier than aircraft with the cyclic between the knees.

The Robinson R66 Helicopter In Flight

“An absolute design priority of the R66 was that it had to be faster than the R44. We streamlined everything we could on the aircraft to increase speed. It was something we were anxious about because even though the computer model gives you a good indication, you can never really be certain until you fly it.” – Kurt Robinson, President of Robinson Helicopters

You should never have to worry about running out of power in the Robinson R66 helicopter under most circumstances you’d be flying in. Even at max gross weight, the R66 can hover out of ground effect at 12,000 feet – only 2,000 feet shy of its ceiling of 14,000 feet.

You can load every seat – all five of them – with 170-pound adults, max out the baggage compartment, and still have enough weight for about 40 gallons of fuel, over half of the fuel capacity and enough for 90 minutes of flying with a reserve. The R66 can carry 200 pounds more than the R44, and that’s significant when you also note that the engine is 200 pounds lighter.

Starting the R66 is easy – press the start button to spool the compressor up to 15% RPM and then add fuel, monitoring the temperature from there on out. A pilot with R44 experience but no turbine time can smoothly transition to the R66 within five hours. The RR300 has an engine monitoring unit to record all significant events, making maintenance and troubleshooting easy.

Autorotations are a non-event, much like the R44, so long as you get the collective down before the RPM decays below 80%. A real engine failure is very rare thanks to the engineering that has gone into the Rolls-Royce engine, but practicing them is, I dare say, fun. Zero-airspeed, max range, backwards – they’re all very stable.

Pilots coming from the R44 will also notice how quiet and smooth the R66 is. The small turbine engine purrs quite nicely with some good soundproofing around the cabin, and you don’t have the vibrations of each piston explosion like you do with the O-540 in the R44.

The R66 is also the first of the Robinson helicopters to offer an optional two-axis autopilot using the Genesys HeliSAS system, certified in 2015. This small 15-pound system offers stability augmentation, altitude hold, and heading hold, among other features. And while not certified for IFR flight, the R66 is also available as an IFR Trainer so long as it is flown with a safety observer and in VFR conditions.

Robinson Continues to Set the Benchmark

Robinson’s philosophy of simpler, lighter, and cheaper keeps the company way ahead of the competition. Nearly 800 R66’s have been produced in the five years since deliveries started in November 2010 – a significant increase over all of its competitors combined. A basic Robinson R66 Helicopter will cost you $800,000, a substantial cost saving over similar turbine helicopters.

The R66 is now certified in all major markets throughout the world, with China certifying the R66 in 2014. Most of the R66 production is exports.

Robinson offers two variations of the R66, the first being a Police version, equipped with a forward-looking infrared, a searchlight, and a public address system. The other is the R66 Turbine Marine, equipped with pop-out floats for emergency water landings. The floats will inflate within two seconds with a cost of 65 pounds in weight.

It’s hard to conceive what Robinson will introduce next – now that they finally have a small, reliable turbine, what else will that put that in?