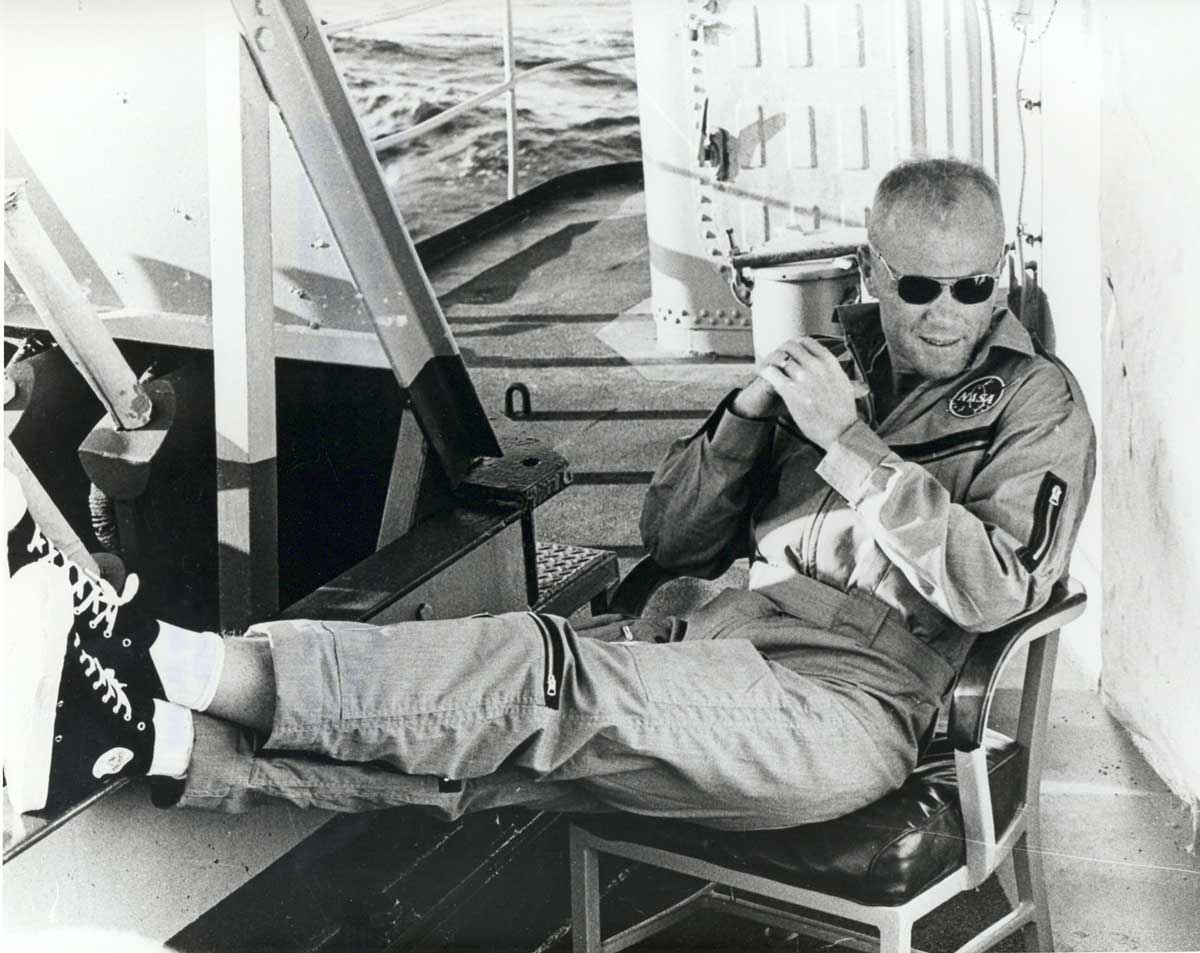 Death of a True American Hero: Astronaut John Glenn Passes Away at 95

The Commemorative Air Force (CAF) will be hosting an event this Saturday, August 20th, at the CAF Dixie Wing Museum, to share the story of The Lost Squadron. Four members of the Greenland Expedition Society, the group who located the aircraft and led recovery efforts, will be featured guests at the event. They will share their story of locating The Lost Squadron and the 11-year effort that led to the recovery and restoration of the P-38 Lightning that has come to be known as Glacier Girl.

The story of The Lost Squadron and the efforts mounted to locate and recover the aircraft is an epic story, and worthy of a much longer, in-depth treatment. (Which we hope to eventually find time for.) However, in talking about the CAF event, I feel it’s necessary to provide a (very) brief version of the events, in the hopes of inspiring anyone who has the opportunity to attend the event. This is not a story you want to miss.

The Story of the Lost Squadron – The Short Version

On July 15th, 1942, six P-38 fighters escorting two B-17 Bombers set off for the UK, as part of Operation Bolero. While en route over Greenland, the squadron encountered increasingly bad weather that eventually forced them to turn back. It was decided that before the squadron ran out of fuel, they would attempt a landing, as a group, on the surface of a glacier in Greenland.

The first P-38 to land did so with landing gears extended, but when the gears buckled, the aircraft flipped over onto its top. Having seen the result of using the gears, the next P-38 executed a successful belly landing, with the rest of the aircraft able to successfully land as well. The crew of the aircraft were all relatively intact after the landings and roughly 10 cold, hard days later (there were some re-supply drops), they were picked up by the US Coast Guard.

Due to the remote location of the aircraft, and the cost involved in recovery, the aircraft were abandoned, and became known as The Lost Squadron. And over the intervening years, they were buried under ice.

Attempting to Recover The Lost Squadron – The Short Version

However, The Lost Squadron was not forgotten, and from 1977 to 1990, eleven different expeditions attempted to locate and recover the aircraft and failed.

But in 1988, Pat Epps and Richard Taylor made an incredible discovery. They led an expedition that was able to locate The Lost Squadron, though they found that the aircraft were now under 268 feet of ice, and they had been moved some three miles by the drifting glacier. They returned in 1990 with a drill called the Super Gopher and were able to drill down to one of the B-17s. The bomber, sadly, had been crushed by the ice and was beyond salvaging.

Two years later, however, believing the P-38s would be able to survive the ice more intact, they returned. They were proven right in their beliefs and were able to recover the P-38 that came to be known as Glacier Girl. A mere 10 years after it was pulled from the ice, the aircraft had been restored to full airworthy condition and made it’s first flight on October 26th, 2002, after 50 years encased in ice.

It’s a great story, right? Well, the four special guests at the event will be Pat Epps, Richard Taylor, Neil Estes and Don Brooks, all members of the original Greenland Expedition Society.

The two-hour event will begin at 11 AM on Saturday, August 20th, (doors open at 9 AM) at the Dixie Wing Museum and headquarters. The museum is located at the Atlanta Regional Airport – Falcon Field, in Peachtree City. The address is 1200 Echo Court, Peachtree City, GA. The event is open to the public, and tickets will be $10, though admission is free for active and retired military personnel. For more information, and to order tickets online, you can head over to the Dixie Wing website.