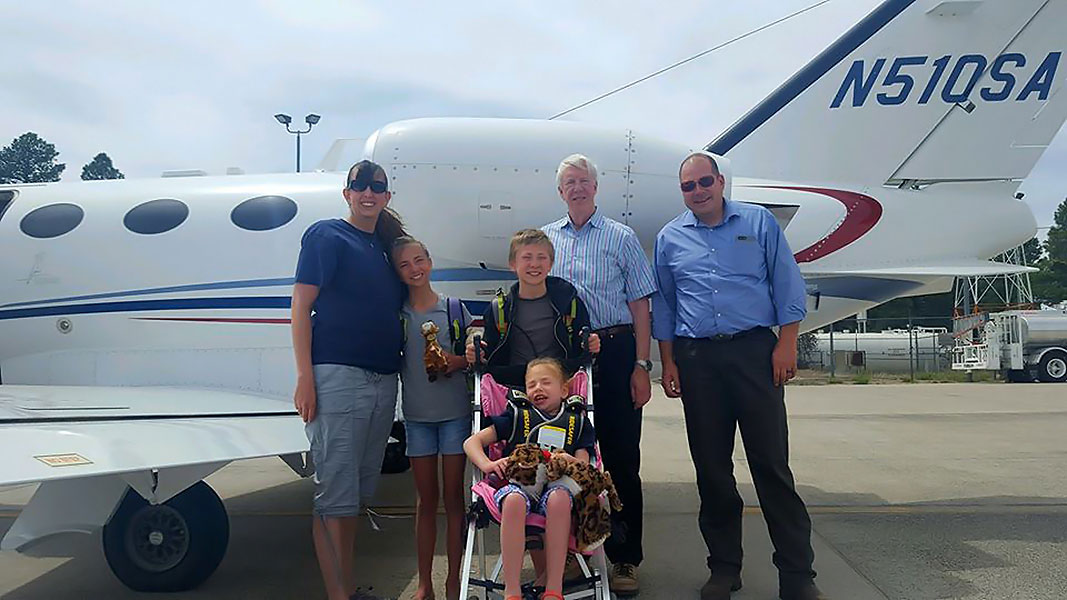 A brief video explanation of the four forces and their relationship with the aircraft.

We made this video as a part of an aerodynamics course that was intended to explain the Four Forces on an aircraft in strait and level flight.

Here is some additional information in text form NASA’s Wiki:

A force may be thought of as a push or pull in a specific direction. A force is a vector quantity so a force has both a magnitude and a direction. When describing forces, we have to specify both the magnitude and the direction. This slide shows the forces that act on an airplane in flight.

Flying encompasses two major problems; overcoming the weight of an object by some opposing force, and controlling the object in flight. Both of these problems are related to the object’s weight and the location of the center of gravity. During a flight, an airplane’s weight constantly changes as the aircraft consumes fuel. The distribution of the weight and the center of gravity also changes. So the pilot must constantly adjust the controls to keep the airplane balanced, or trimmed.

Lift
To overcome the weight force, airplanes generate an opposing force called lift. Lift is generated by the motion of the airplane through the air and is an aerodynamic force. “Aero” stands for the air, and “dynamic” denotes motion. Lift is directedperpendicular to the flight direction. The magnitude of the lift depends on several factors including the shape, size, andvelocity of the aircraft. As with weight, each part of the aircraft contributes to the aircraft lift force. Most of the lift is generated by the wings. Aircraft lift acts through a single point called the center of pressure. The center of pressure is defined just like the center of gravity, but using the pressure distribution around the body instead of the weight distribution.

The distribution of lift around the aircraft is important for solving the control problem. Aerodynamic surfaces are used to control the aircraft in roll, pitch, and yaw.

Thrust
To overcome drag, airplanes use a propulsion system to generate a force called thrust. The direction of the thrust force depends on how the engines are attached to the aircraft. In the figure shown above, two turbine engines are located under the wings, parallel to the body, with thrust acting along the body centerline. On some aircraft, such as the Harrier, the thrust direction can be varied to help the airplane take off in a very short distance. The magnitude of the thrust depends on many factors associated with the propulsion system including the type of engine, the number of engines, and the throttle setting.