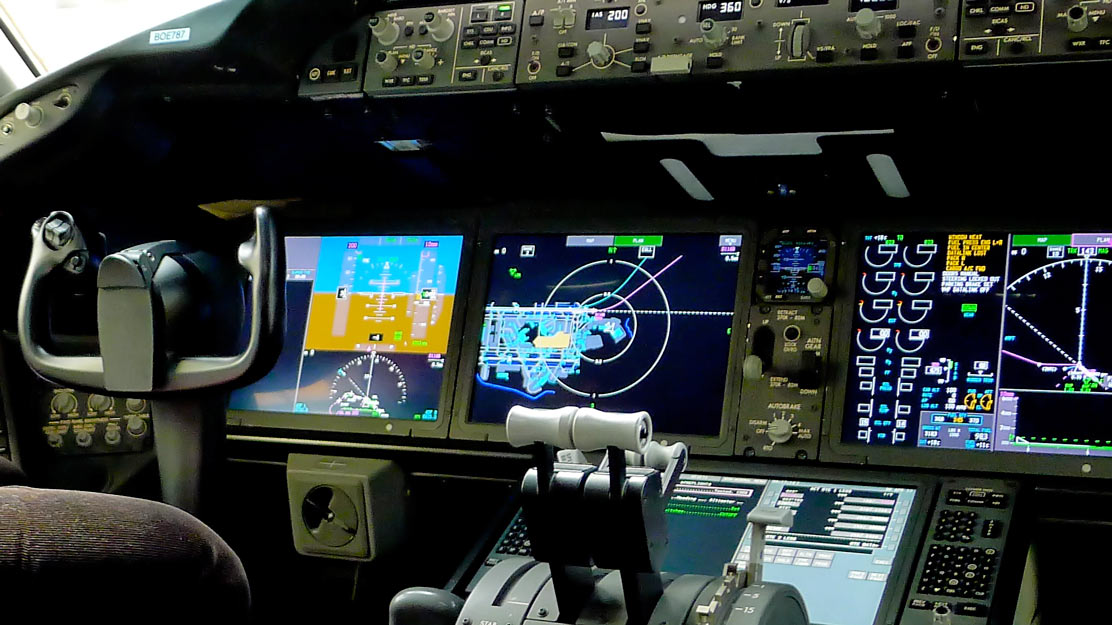 NextGen Pilots: Are Millennials More or Less Effective in the Cockpit?

One pilot’s journey through Navy flight school and down the long road to Wings of Gold.

Before I walked in the door of the Navy flight school, I already had a few marks against me. It’s nothing I failed to do, it’s just the normal things we do in life that indicated that I might have more of a challenge ahead than my peers. Having those challenges before I even started inspired me to push ahead even harder, on a long road to wings of gold.

My first logbook entry was made in 1996 after a flight on a beautiful day from Fairbanks, Alaska (PAFA) to Birch Lake and back with my good friend Larry who also happened to be a flight instructor. We did turns around a point over a boat on the lake and I was hooked on flying forever. After that day, six important things happened:

1 – The next year, I enlisted in the Navy as a Hospital Corpsman, the Navy’s version of a medic.

2 – In August 2001, five years after I started flying, I earned my private pilot certificate.

3 – In 2002 I married Joleen, best decision ever and I totally married UP.

5 – I had just begun Navy flight school (Primary) in Milton, Florida. I was elated.

6 – Very shortly after that, our little baby angel was born. I still call her baby, and she gets so mad at me.

So what is it that these things all have in common? I’ll tell you: These are the statistical red flags that a Student Naval Aviator is going to wash out of flight school before earning their wings. I was marked by all of them. That’s right, if you are in the flight program, prior enlisted, a prior civilian pilot, married, over 30 years old, and with a child on the way; you are more likely than not (statistically) to find yourself looking for a new career before you get to wear your gold wings. I suppose it is because younger pilots, without families yet, have fewer challenges with time management and focus during Navy flight school. Of course, I found that out on the first day of primary flight training. I was only a little crushed, but I pressed on, what else was I going to do?

The piece that surprises most of the people that I share this story with is the piece about arriving to Navy flight school with a civilian pilot certificate. Bottom line up front, it is not as advantageous as you might think. A few of my classmates did not complete the training, and I have heard of more than one multi-thousand hour CFI type pilot invited to consider different career options as well.

When you begin Navy flight training with a pilot certificate in hand, you will have a slight advantage because you already understand the basics of aircraft systems, navigation, and aerodynamics. Understanding aircraft control helps too. The real challenge begins on that first flight where you start your indoctrination into Navy flight procedures.

Navy flight training is highly structured and it takes place in a culture of professionals that adhere to procedure and train people who are not paying for the training but are getting paid to train. In fact, you will make more money in your first year than most regional airline first officers make in their first two or three years of flying. This is an entirely different psychosocial dynamic. Your flight instructor expects you to be fully prepared for your flights, there is no excuse to be academically unprepared. You have to work very hard and study constantly, it is your job to be an excellent student pilot. Chair flying is not a pastime, but a necessity. I studied so much that my wife could recite the T-34 engine out procedures verbatim, and she knew them as well as I did.

The first difference I learned about was the traffic pattern. The Navy doesn’t fly in squares… It seemed like it took me forever to reprogram. We flew a maneuver to enter the traffic pattern called a “break”. It was a total blast. We started inbound from a point slightly offset with the runway centerline, 500 ft. above the regular traffic pattern, at 170 kts. straight and level in the single-engine turboprop T-34C. The memory aid was “Flop, Chop, Check, Drop”: Flop over to 45 degrees angle of bank, Chop the power, Check below 150 kts. and Drop the gear. It was a lot of fun and not something I had ever experienced in the venerable and relatively docile Cessna 172.

As I proceeded through the syllabus I found myself mentally, academically, and physically challenged as the Navy flight training program increased in complexity. I loved flying formations most, aerobatics next, but the most challenging thing I experienced in flight school was a “review stage” instrument flight in a multi-engine turboprop TC-12. This aircraft is otherwise known as a King-Air BE-200. During this flight I was expected to fly “bow ties”: a non-precision approach followed by a localizer back course approach, followed by an ILS approach with an engine out, reset and fly a no-gyro PAR (Precision Approach Radar) approach with an instructor who just could not stop dropping his pencil or asking sports questions during critical phases of flight. I found this flight and the similar training flights that lead up to it, pretty robust when compared to my civil flight training.

Shortly after I started flying the P-3C, a large four-engine turboprop, I began to realize that flying the aircraft was about 20% of what I needed to do while airborne. This was something my civil training did not address at all, nor prepare me for. I had always been so focused on getting safely from point A to B before and now the majority of my time in the aircraft was focused on the military mission while airborne. It can be challenging for civil pilots to make that leap. It was certainly challenging for me.

All in all, flight training in the Navy was a blast, but having already logged Pilot in Command (PIC) time as a civilian, it was difficult me to not argue points, here and there, with my instructors. I spent a good deal of time reprogramming, and pressing the “I believe” button, early on, until things began to come into focus. A focus that some of my higher time counterparts with civilian experience had a little trouble achieving.

It is clearly not impossible to complete Navy flight training if you arrive there already certificated, but the flight training curriculum is challenging enough without having to reprogram yourself, or “start over”. I recommend arriving to flight school with a few hours under your belt, but not so many that you are set in your ways. Be humble if you are already a pilot. Be open to instruction and let the military pilots teach you and lead you to your wings of gold.

Michael Teninty
View More Posts
Michael Teninty is an avid general aviation enthusiast. An aviation professional and certified flight instructor, he has been involved in flying for almost 20 years. He holds a Master of Aeronautical Science degree from Embry-Riddle Aeronautical University. He hails from the great state of Alaska with flight time over four continents and 3 oceans. He is married to Joleen and they have a lovely little girl. 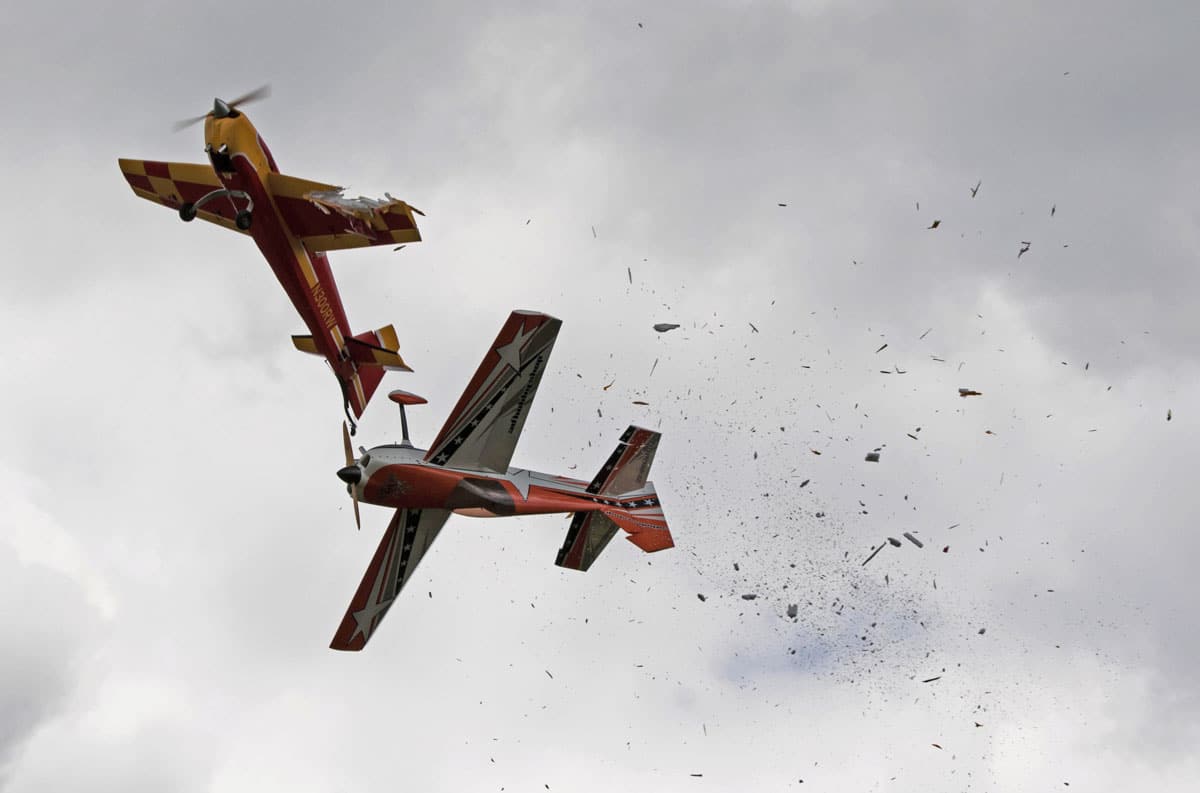