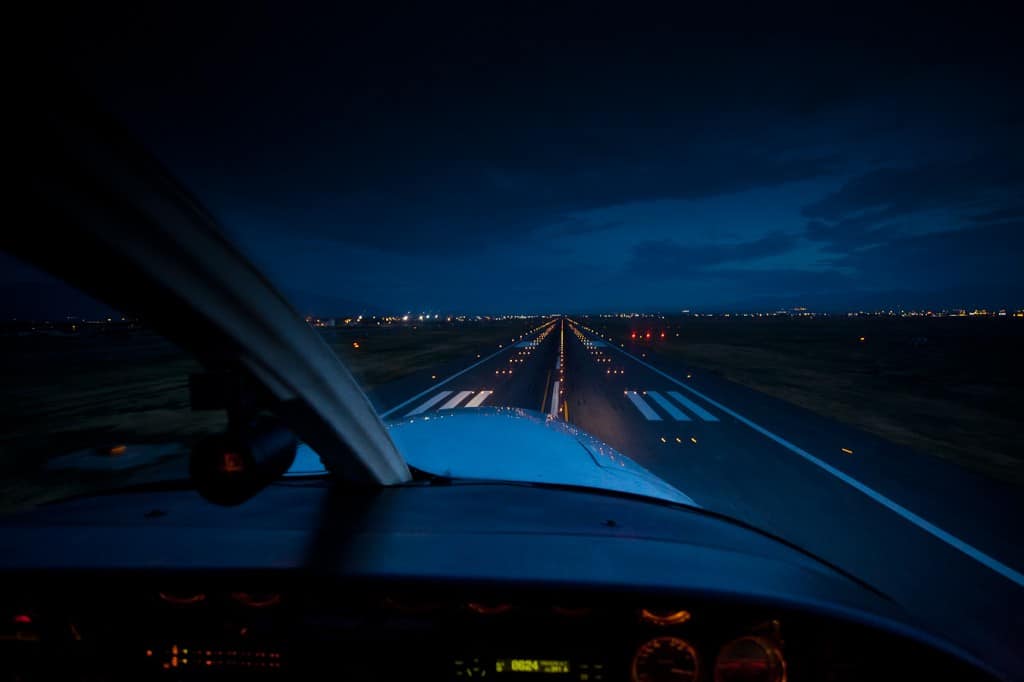 It was warm, the doors were off, the ride was smooth, and I was flying a helicopter for the first time. To me, it was like a weekend cruise in my 79’ Jeep CJ-7. Just a bikini top, no doors, and pure enjoyment.

On March 16th, 2018 I soloed a Robinson R22 helicopter for the first time. It was a much different experience than my first solo some fourteen years earlier in a C-152 (N46961). It wasn’t a surprise, I wasn’t nervous, and the flight was not a simple three laps around the pattern. However, like my first solo, it represents a significant achievement in the continued pursuit of my dream to become a professional aviator.

I want to share with you the Rotary Wing Revelation and why you, if given the opportunity, should at least try flying helicopters. My revelation came during my third round of attempting to finish up my Commercial Pilot Certificate (ASEL). I had a couple hiccups along the way. This has been the case during all my flight training. That is why it has taken me fifteen years to amass only 350 hours total time and three aeronautical ratings. Something always halts my progress, but I am always determined to continue. In the case of my Commercial, it was a PCS (permanent change of station), another student landing the Arrow with the gear up, and a scheduling SNAFU with Sporty’s.

All of my fixed wing ratings have been accomplished under Part 61 with a race to the finish involving me taking two weeks of leave and pressing hard to get ready for the check ride. When my initial plans with Sporty’s fell through I was frantic. I had leave scheduled, I was starting a new job immediately after and I had to get my Commercial done or risk yet another full stop to my progress. I was lucky to get a call back from Donna, then the Chief Flight Instructor at Aviation Sales Inc (ASI) at Dayton-Wright Brothers Airport (KMGY) in Miamisburg, Ohio. She told me she had a plane and a few instructors if I didn’t mind the right seat shuffle.

Two fuel tanks sit behind the seats, and below them is a four-cylinder carbureted Lycoming O-360-J2A piston engine (Beta II model). The rest of the structure is as minimal as possible! The frame is made of light steel tubing, and an aluminum skin surrounds the tailcone frame and the upper fuselage frame. The lower fuselage is exposed. The cockpit is made of mostly fiberglass. The blades are lightweight as well, and this has lead to the biggest problem for Robinson helicopters.

I had only been to the runway at KMGY during my second attempt and getting through my Commercial. I was surprised how much was going on at the airport. The airport has a couple FBOs Commander-Aero and ASI, a Wright-Brothers Museum, and a full ramp of aircraft of various types depending on the day. One thing that piqued my interest coming in was a truck and trailer that had Higher Ground Helicopters (HGH) logos advertising rides and training. It was the first time I had been anywhere that offered helicopter training and I’m always thinking about that next rating.

The next week I was back at KMGY going full throttle, both figuratively and literally. Having a home simulator, which I had just updated and added Virtual Reality, was key to keeping my skill during the lulls. I hadn’t actually flown for a year. My check out and BFR was quick and easy. After that I was flying as much as possible. I had seen the helicopters buzzing in an out as I continuously refined my landings and power off 180s to the Commercial Practical Test Standards. I needed a break.

After my fixed wing flight for the day I went to find one of the helicopter guys. I had seen them around and they are a stark contrast to the students and instructors of the Sinclair Community College “Professional Aviation Program” which ASI is host to. The normal uniform for Higher Ground Helicopter’s instructors and students are khakis or dark jeans, comfortable shoes, a polo or hoodie with an HGH logo, an HGH hat, sunglasses, and some style of beard. I first found Chad Fath, Owner, Operator and Chief Instructor of Higher Ground. He has a fairly long goatee, earrings, and an easy-going demeanor.

I told Chad what I was up to and that I wanted to try out helicopters and maybe look into training at some point. He immediately linked me up with John Howell, one the three full time instructors at HGH. It was August and the perfect day for flying. Sunny, not too hot, with light winds. There was an opening in a schedule, so I took it.

John grabbed the keys and we walked out to the ramp to a metallic red Robinson R22, N343VH, with no doors installed. I asked John to walk me through a more in-depth pre-flight than he would give a normal “prospect” (we will get to why I use that specific term later). He reached into the pilot’s, the right seat, and grabbed the checklist. He was very thorough and his advice was to “touch everything you can.” That isn’t too hard with the R22, especially with the exposed Lycoming O-320.

We each took our respective seats, John on the left and me on the right. I had flown helicopters a lot on my home sim and I asked John to let me run through the controls and panel and explain the function to him and he could correct me if I was off. I did well with only a few required corrections in nomenclature. Staring procedures are a bit different in the helicopter because of the clutch and rotor system. The checklist is shorter than fixed-wing because starting, runup, and before take-off are all complete before you leave the ramp. You can’t pull out a checklist when both your hands are fully occupied once the RPMs go up.

John took the controls, lifted us up, and taxied us into the grass. I kept on the controls, loosely, as we hovered over. John explained the first-time tendencies for students in a hover, gave me a few tips for keeping things in control, and then began giving me the controls. Unlike fixed-wing, helicopter students only get one control, one axis, at a time. In a helicopter, any control input precipitates an input on another.

John gave me the anti-torque pedals first. They are sensitive! In the helicopter everything is sensitive. It is almost like mind control. The term in fixed-wing training is small corrections. The term in helicopters should be micro corrections. As I work the pedals, John was constantly adjusting the collective and cyclic to keep us in place. The wind is a huge factor in making a smooth pedal turn in a helicopter because of the weathercocking effect of the tail boom.

Next, John gave me the cyclic. The pendulum action started almost immediately. With some coaching I had that minimized and I was able to keep the helicopter in a circle of a few meters or so. The key is looking out a lot further than you think you should. Keeping the point of view too close to the ship results in overcorrections and then pendulum action starts.

The last control John relinquished was the collective. Probably last because that is the control that brings the helicopter up or down. This is also the lead control in the dance that is a stable hover. The collective goes up, the manifold pressure goes up, the torque goes up, and left pedal is required counter the torque. The collective goes down, manifold pressure goes down, torque goes down, and right pedal is required. It is like P-Factor, extreme. The cyclic is always moving to counter wind, weight shift, and translating tendencies.

I felt like I was doing pretty well with the dance of the stable hover. Definitely better than my first real dance in middle school. I think John was impressed but didn’t let on too much at that point. We moved around the grass going forward, sideways, and backward. We kept the nose on a single point and made circles around it all while making constant control input adjustments for wind direction, altitude, and power. After that is was a quick radio call, “Wright Brothers Traffic, Helicopter 343 Victor Hotel, direct departure from the grass to the northwest, Wright Brothers.” With that, we were up and out to the practice area. Who needs runways?

Just northwest of the airport we leveled the ship at 1,600 feet MSL, about 600 AGL and a comfortable cruise speed of 70kts indicated. The view is fantastic. A big bubble windscreen wraps down to your feet and the instrument panel is small and centered and offers no real obstruction. It was warm, the doors were off, the ride was smooth, and I was flying a helicopter for the first time. To me it was like a weekend cruise in my 79’ Jeep CJ-7. Just a bikini top, no doors, and pure enjoyment. That was the moment of Rotor Wing Revelation. I knew I had to pursue a helicopter rating next.

As I think back, I look at it with this analogy. Helicopters are like the motorcycles or Jeeps of the sky. They are cool, they are fun, they can go places and do things normal aircraft cannot. If a fixed-wing aircraft is your daily driver, the helicopter is the weekend warrior. Just like people that drive Jeeps and ride motorcycles, helicopter pilots are in a class of their own. That is why I used the term “prospect” earlier. Helicopter pilots are the bikers of the sky and you need to earn the way into the club. It is not going to be easy, but the time and effort are well worth it.

Photos provided by the author.

Igor Sikorsky Built His First Helicopter Before the Wrights Flew

Leonardo da Vinci was perhaps the first person to come up with this idea, using an “aerial screw” powered by four men, on the concept of compressing air to take flight. The idea never left the ground, but that didn’t stop people from trying. Especially Igor Sikorsky. Born in Kiev, Ukraine, in 1889 to a family of physicians, Igor Sikorsky actually built his first helicopter at the age of 12. It was a small toy powered by rubber bands, but it would turn out to be his life’s work.