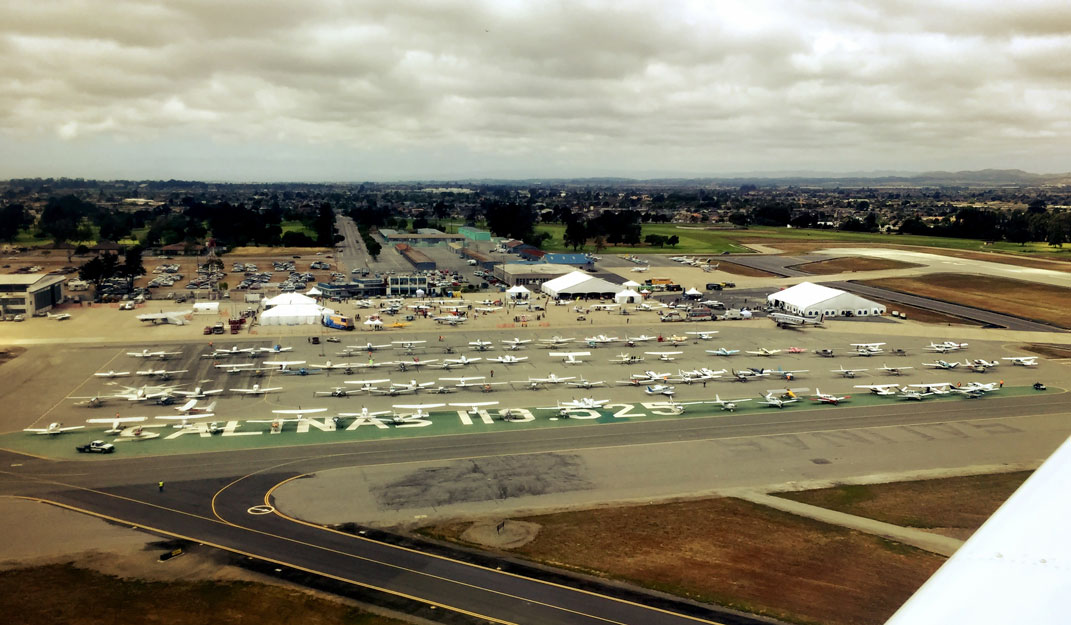 In this article, we’ll be sharing a series of eight short videos.  These videos cover the basic aircraft components that you’ll find on most general aviation aircraft.  These videos should be helpful both to student pilots and aviation enthusiasts who enjoy learning more about aircraft.  However, if you are a seasoned pilot, these videos likely won’t provide you with any new or additional information.  That being said, it is our plan to develop more in-depth video courses in the future.  Use the comments section below to let us know some topics you would be interested in seeing advanced courses for.

This video series on basic aircraft components starts at the front of the aircraft, with the propeller.  The propeller, consisting of two or more blades, scoops air and pushes it behind the aircraft, giving it thrust.

The next basic aircraft component examined is the spinner, the cone shaped object that sits on top of the propeller.  The spinner helps to direct air into the cowling, which cools the aircraft engine.

Beneath the nose of the aircraft, you have the nose strut assembly and nose wheel.  The nose wheel, or tailwheel in a taildragger configuration, allows the pilot to steer when on the ground.

The main gear are the two wheel assemblies that sit at the center of weight for the aircraft.  These wheels are mounted on shocks to allow for a softer landing.

This video will familiarize you with the look of a variety of aircraft wings.   The aircraft wing is what actually allows you to fly. In the videos that follow, we are going to examine some of the smaller components located on or around the wing.

The aircraft’s wing area contains many basic aircraft components.  There is the wing fuel tank sump drain, generally located close to the doors, which allows you to test fuel quality.  There are also the static ports and pitot tube, which draw in air to help some of the aircraft’s flight instruments to function.  And there are stall warning devices, which sound an alarm in the aircraft when the wing is stalling.

The aircraft’s wings also contain a fuel tank vent line, which allows air to flow in and out of the fuel tanks, fuel tank caps and tank tabs.  Additionally, you’ll find a variety of lighting on the wings.  These include position and anti-collision lighting systems, strobes, rotating beacons and headlights.

The wings also house many important control surfaces, such as the ailerons. Ailerons allow you to turn the aircraft in a banking motion. The wings also contain the flaps, which change the shape of the wing so it interacts with air differently.  This leads to more efficient slow or fast flight.  Finally, you have the rudder and elevator which control your yaw and pitch respectively.

We hope you find these short videos helpful.