All about the restoration of the only flight worthy Stinson Model A in the world.
HO Aircraft, June 18, 2015
16.08K 7
Home » Aviation Articles » Incredible Aircraft » Stinson Model A: Restoring a Classic Aircraft
494
SHARES
ShareTweet

The Process of Restoring a Classic Stinson Model A

History of the Aircraft

In 1933, the Stinson Aircraft Company produced the Stinson Model A, or Stinson 6000A Tri-motor, their last tri-motor airliner.  It was a low-wing plane, designed as a feeder liner for American Airlines. The retractable gear hangs below the engines slightly, even when in the “Up” position, as pilots would sometimes forget to lower the undercarriage upon landing. This aircraft also has a restroom, which was a state-of the-art amenity for the time. The unique double tapered wing, combined with the stout steel tubed fuselage, is what gives this 6000-A its noteworthy appearance.

Thirty Stinson Model A aircraft were built prior to the end of production in 1936, but the success of the 6000-A was cut short due to the popularity of the Boeing 247 and Douglas DC-2. However, because of long waiting lists for these new aircraft, the airlines of Australia went ahead and ordered three more Stinson Model A aircraft. They rapidly proved useful, so a fourth and final A model was built and shipped to Sydney, Australia on December 14, 1936.  Two Australian airlines, AOA and ANA, began cutting into each other’s profits. ANA attempted to obtain AOA, but this failed until AOA tragically lost half of its fleet. A merger occurred in 1937, but they kept their separate identities until July, 1 1942, at which point there were only two surviving Stinson 6000-A’s. 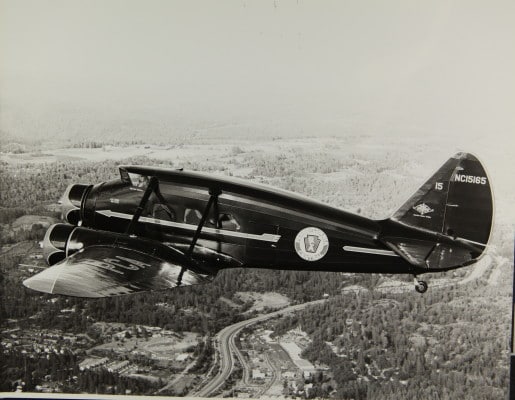 (This photo of NC15165, the aircraft we restored, flying for Pennsylvania Central Airlines in the 1930s, was found in the San Diego Air and Space Museum archives.)

During World War II, parts for the Lycoming radial engine were hard to come by, so the engines were replaced with Pratt and Whitney Wasps.  This gave the aircraft the ability to carry additional weight, along with enjoying higher cruising speeds.  In 1945, one of the remaining Model A’s came apart in mid-air during a regular flight, killing both crew members and all eight passengers. This left only one remaining Stinson Model A.  This aircraft also crashed, in Alaska in 1947.  It was rebuilt in 1979, and then in 1988, it was moved to Gregg Herrick’s Golden Wings Museum, located at the Anoka County – Blaine Airport, in Minnesota. Upon its arrival in Minnesota, the real restoration work began on the aircraft.

Restoring a Stinson Model A

When HO Aircraft received this project, we knew it would not be an easy job.  But we welcomed the challenge, and broke it down into smaller, more manageable tasks so we could get started on this crazy process.

These first three photos were taken during the early stages of the restoration, during which we built a jig in order to carefully construct the new airframe with modern steel and welding techniques. 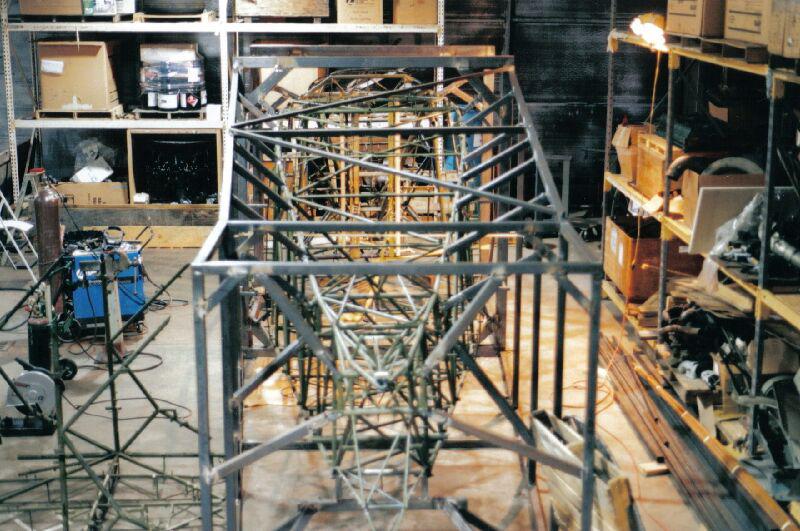 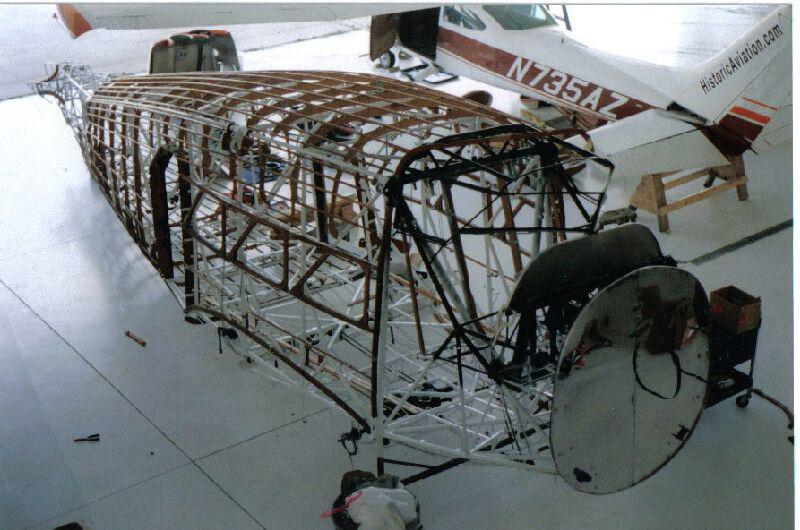 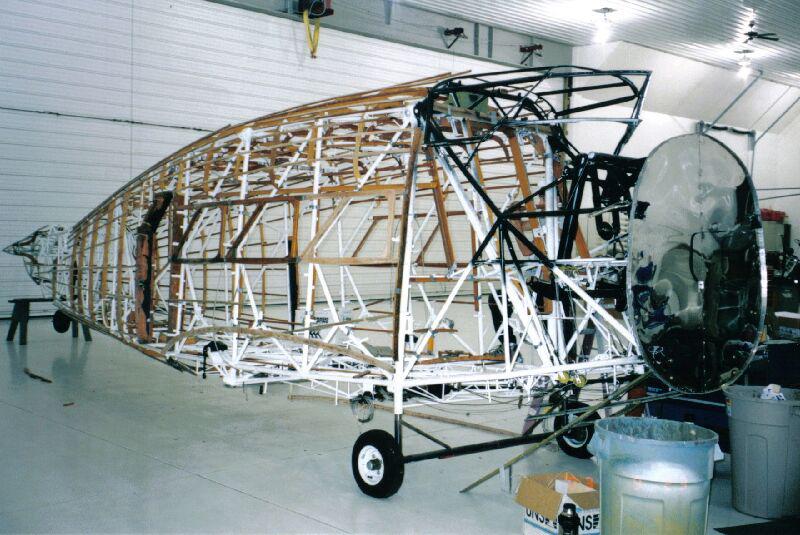 The airframe was laden with flaws in the metal: it was cracked and fractured because it was one of the first 4130 chrome moly tubing frames ever built, and they made the mistake of heat-treating it, which was the culprit of the brittleness. Along with that, the metallurgy was not up to standards. This was all found when Gregg Herrick suggested that we x-ray the frame. For safety’s sake, we opted to fabricate the major portion from scratch. We proceeded by making a jig and combining modern steel with modern welding techniques to construct the structurally sound frame that it has today.

The sheet metal encompassing the aircraft was in rough shape, as were the engine nacelles, all of which had to be pounded out by hand and rolled on an English wheel. Anyone who has worked with metal understands the tedious and complex process of working with compound curves.

These four photos show some of the work we did during the metal repair phase. 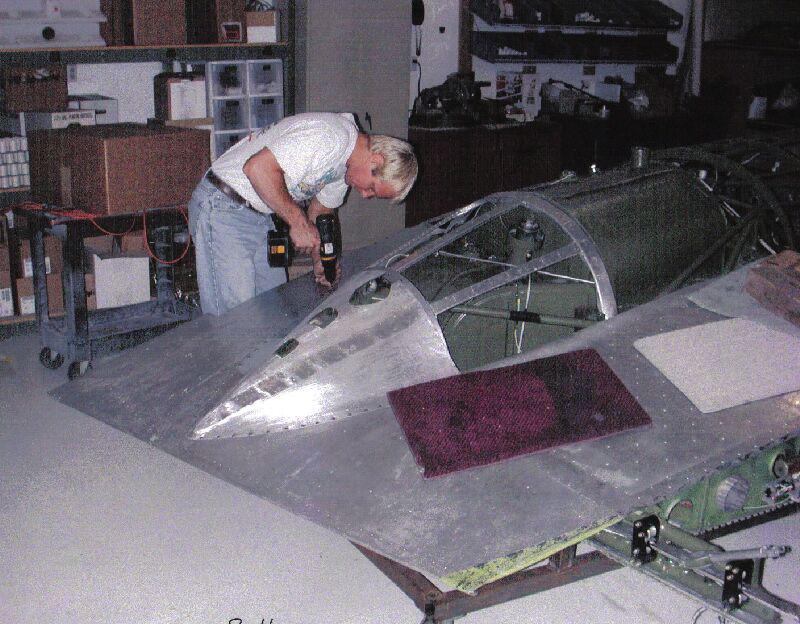 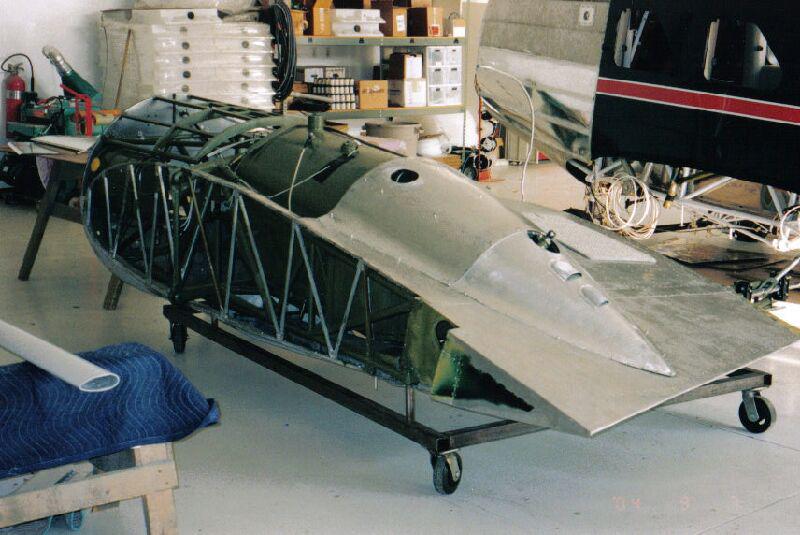 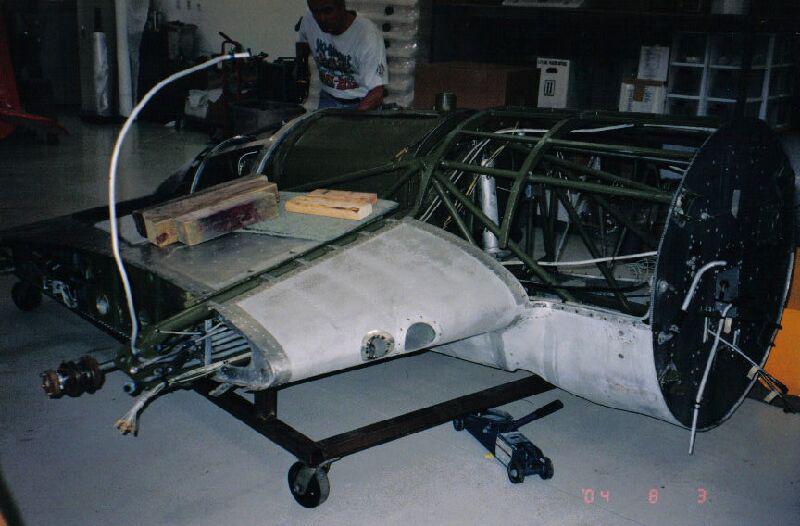 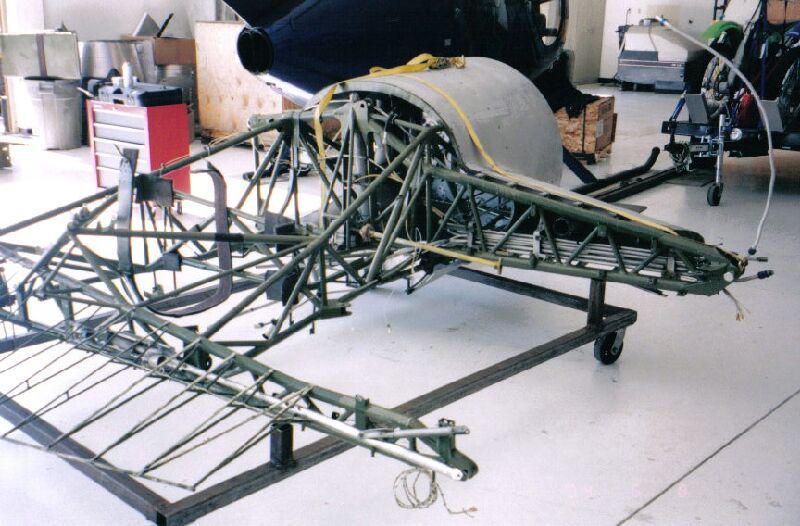 Of the entire aircraft, the wings were one of the few salvageable parts.  Upon completion of the airframe construction, the wings and fuselage were covered with new fabric. This is the point of the project where the aircraft is really starting to look like something. It changes from a bare metal frame, transforming into something that actually resembles a plane.

These five photos document the start of the fabric phase. The entire airframe was covered, along with the wings. Fabric work is a process involving gluing the fabric on, shrinking it, and rib stitching and reinforcing where necessary. 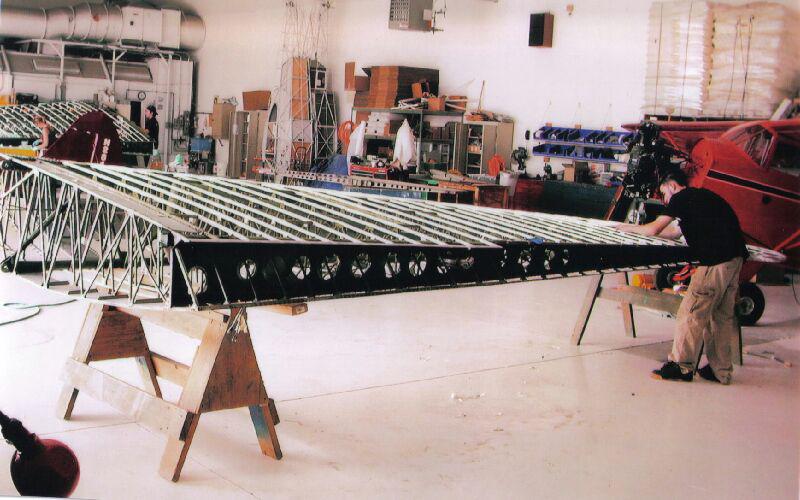 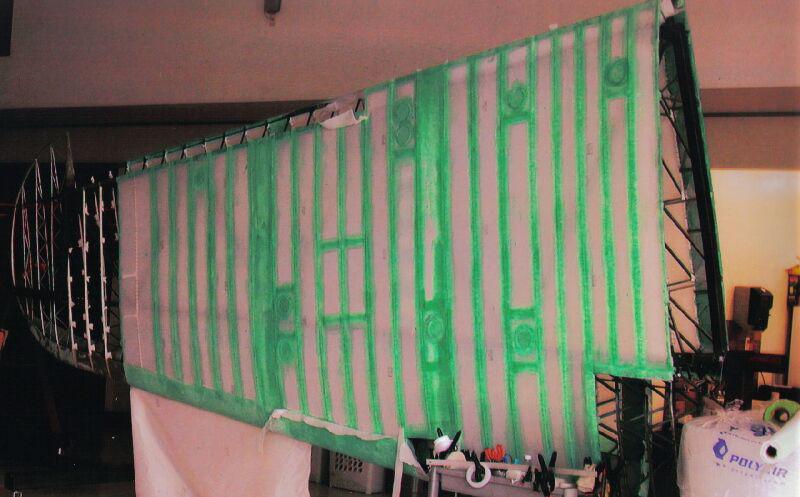 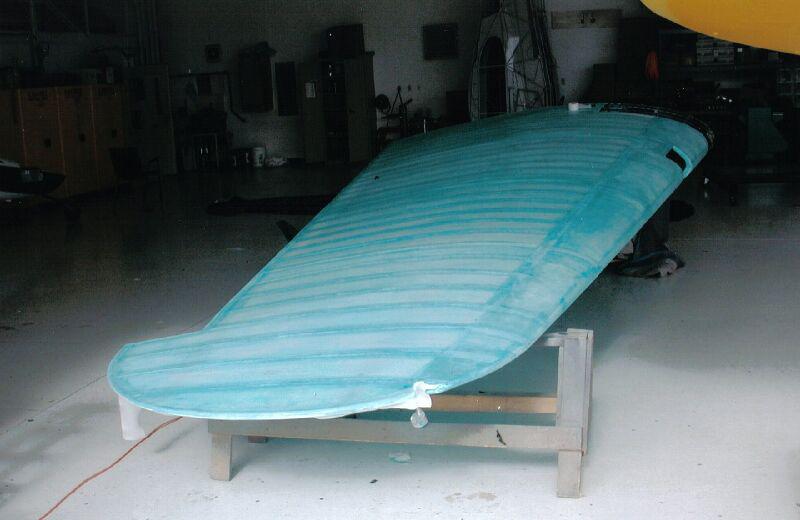 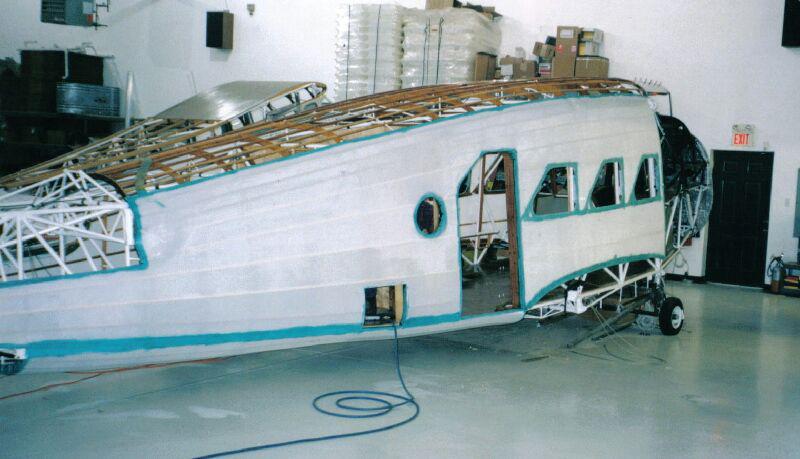 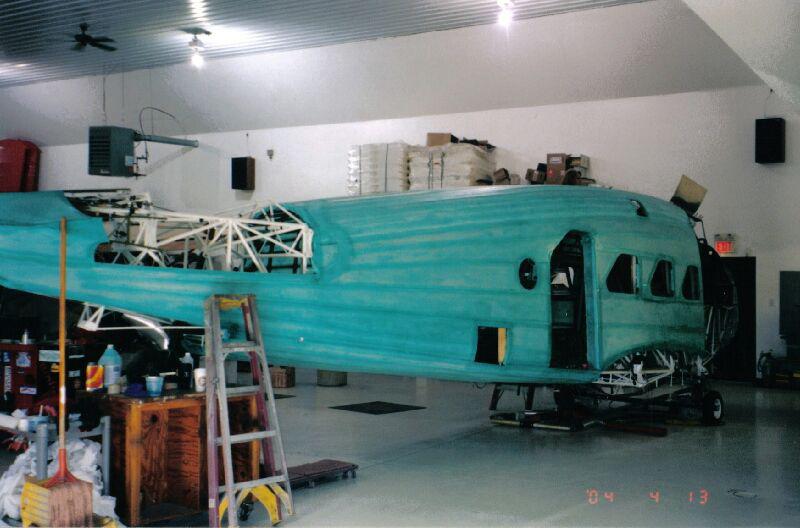 This aircraft’s electronics were antique, so we replaced its avionics with modern technology. In this photo, you can see the bundles of wires being run to the instrument panel as we worked on replacing the avionics. 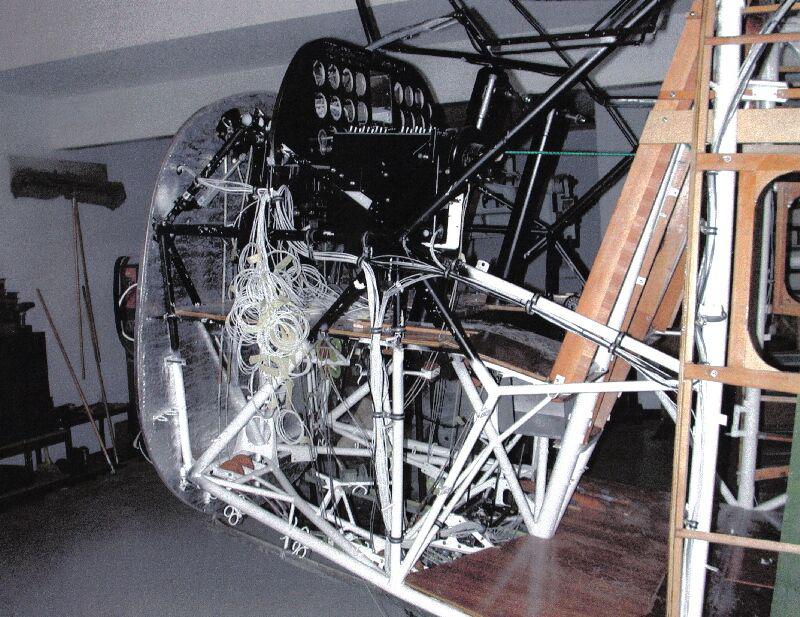 The interior was shot; there was not much worth saving. The seat frames were reupholstered, and along with that, new flooring, walls and ceiling were installed. 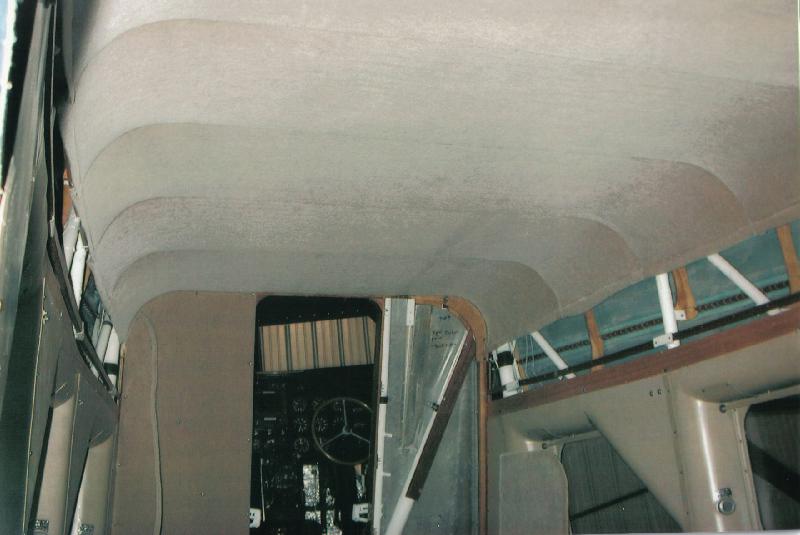 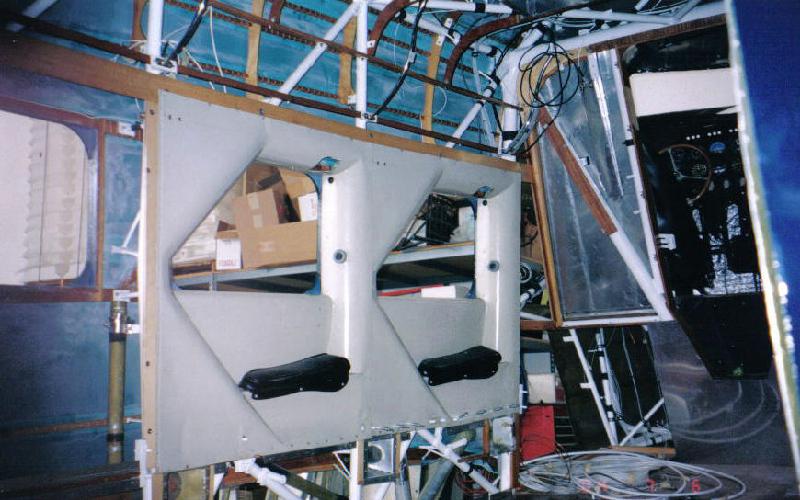 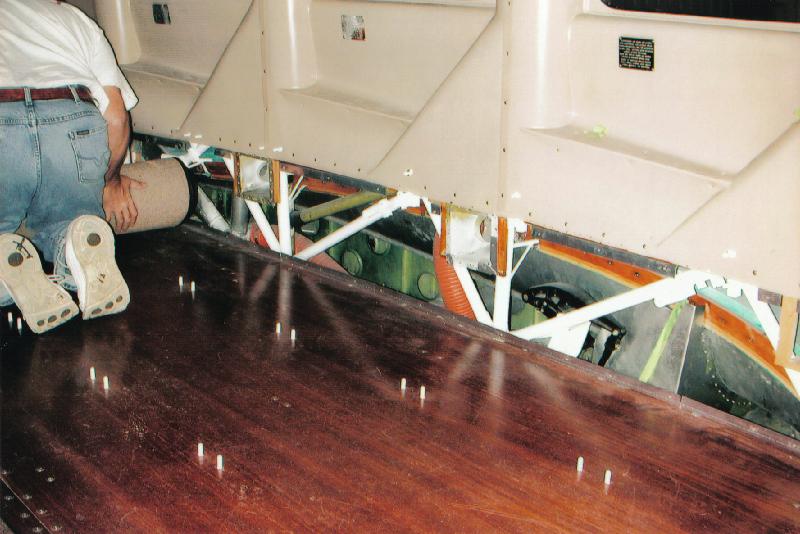 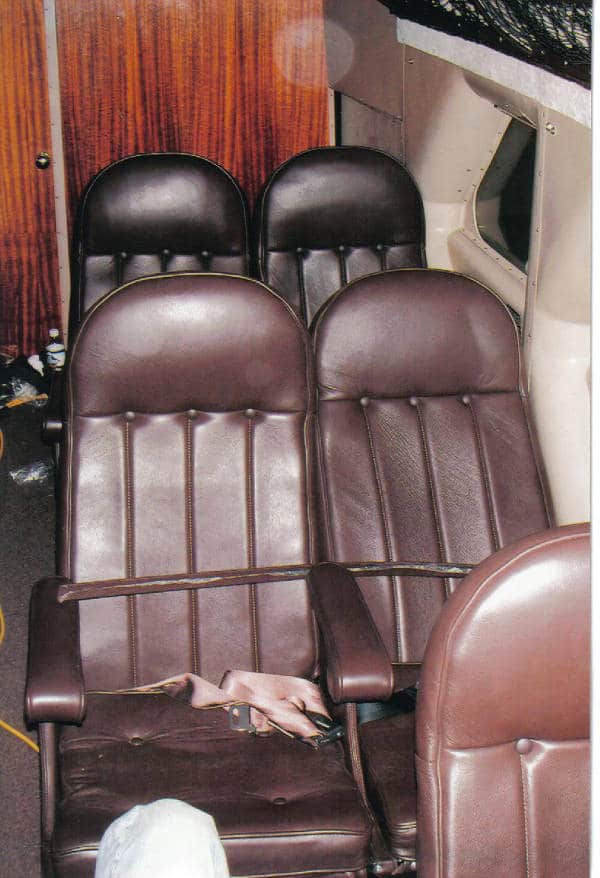 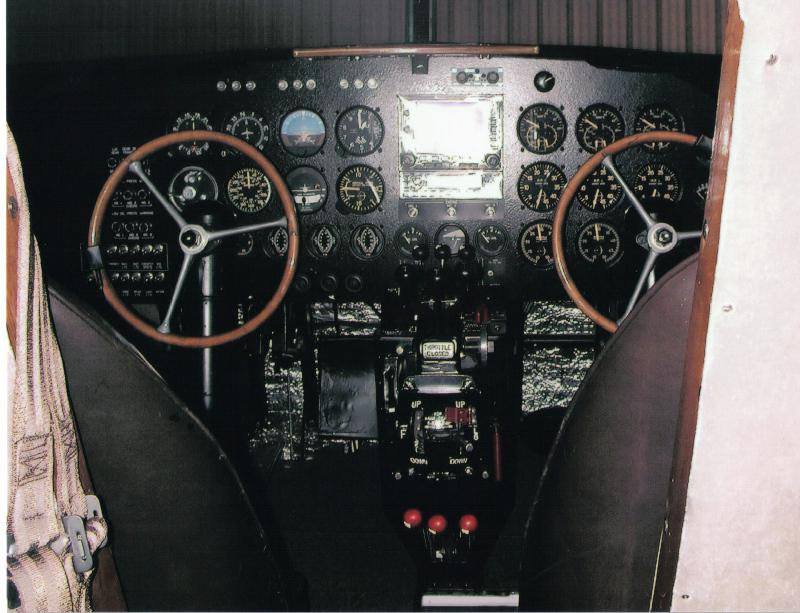 After the fabric is glued, ironed and UV treated, it is then ready for primer and paint. As you can imagine, on an aircraft this large, it is a somewhat challenging task to paint. This photo shows how the aircraft was masked off and painted to replicate the original American Airlines colors and scheme that it had the day this Stinson Model A left the factory. 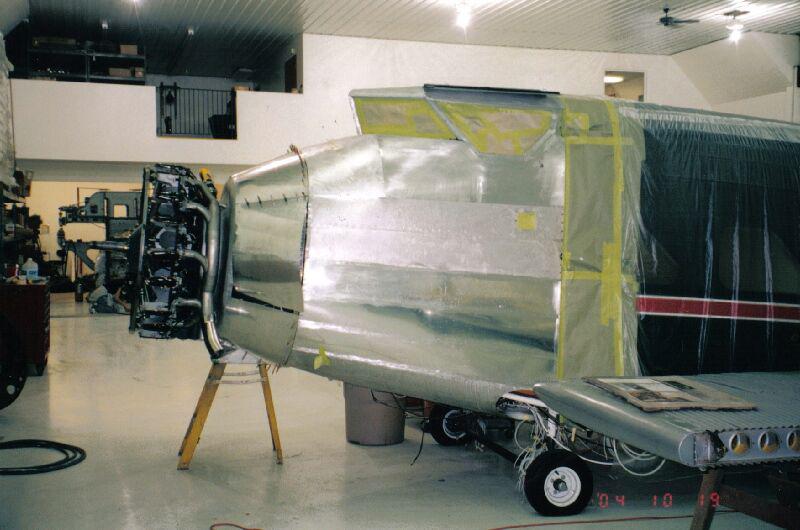 These three photos show the Stinson Model A during the later portion of the restoration process. This is when we were waiting to install the engines, propellers, and wings. 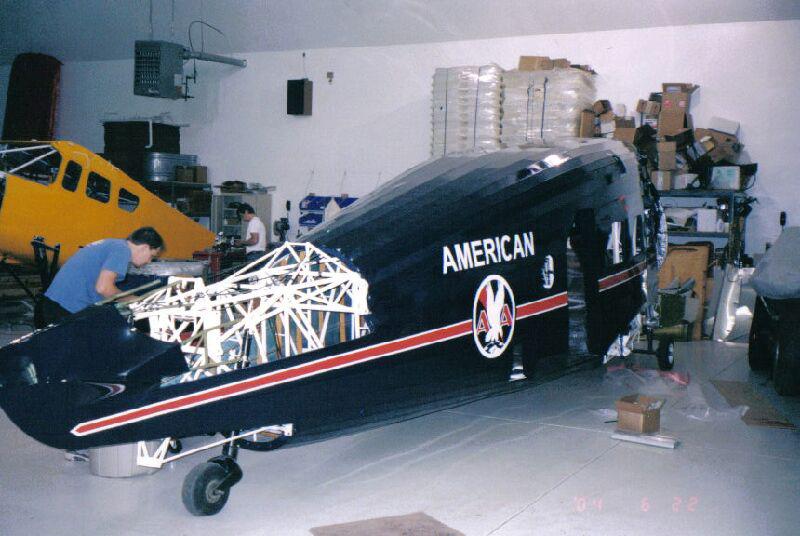 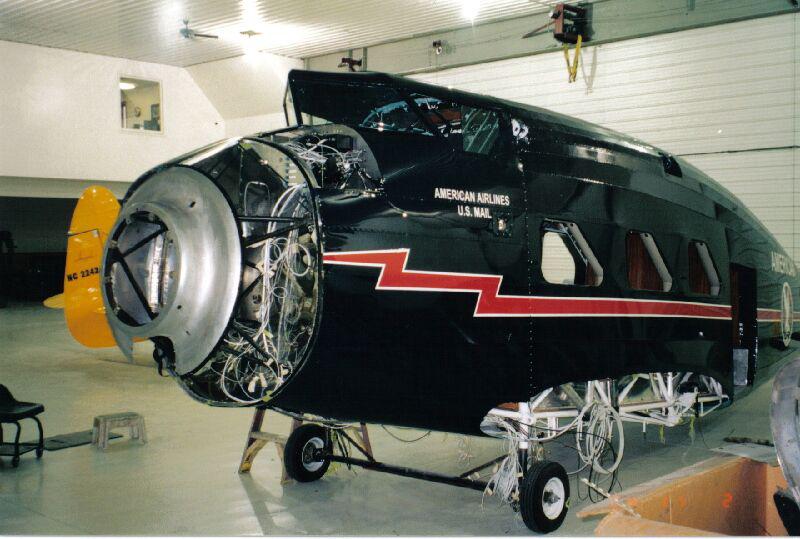 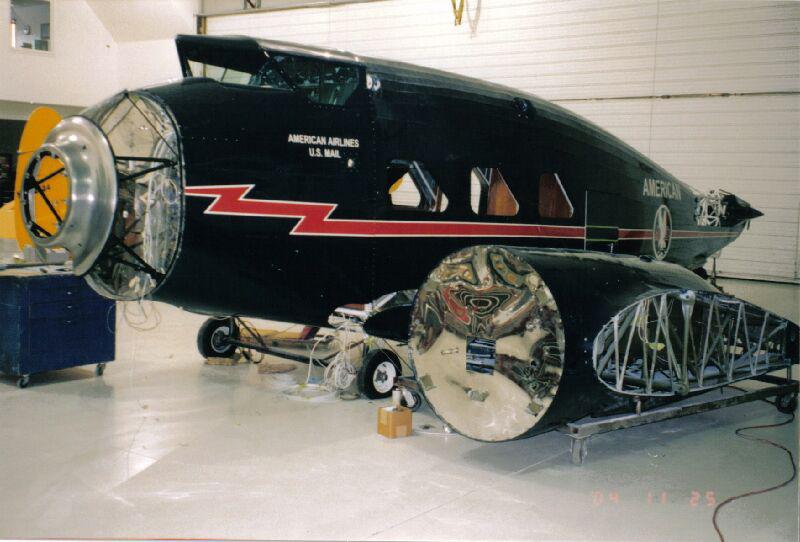 All three radial Lycoming engines were re-built, and the Hamilton Standard props were overhauled to factory specs.  This photo was taken during one of the final steps of the restoration process, the hanging of the propellers. 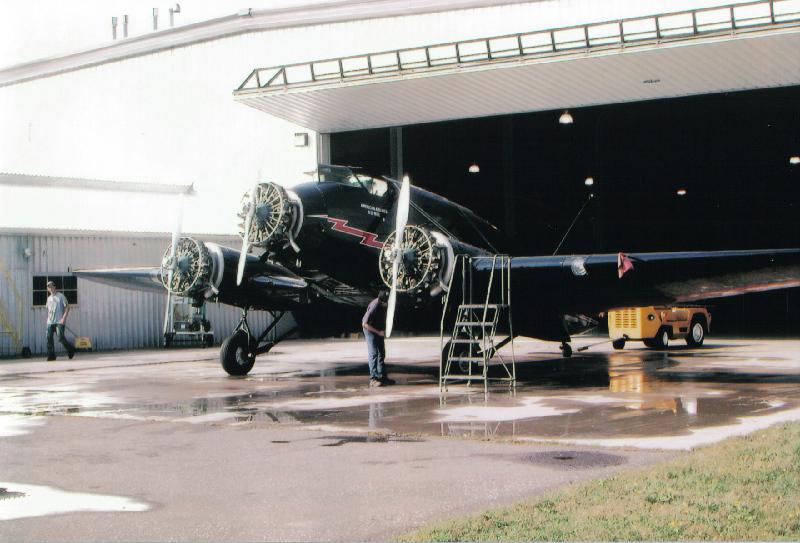 This photo was taken just before we taxied the plane out for a test flight. 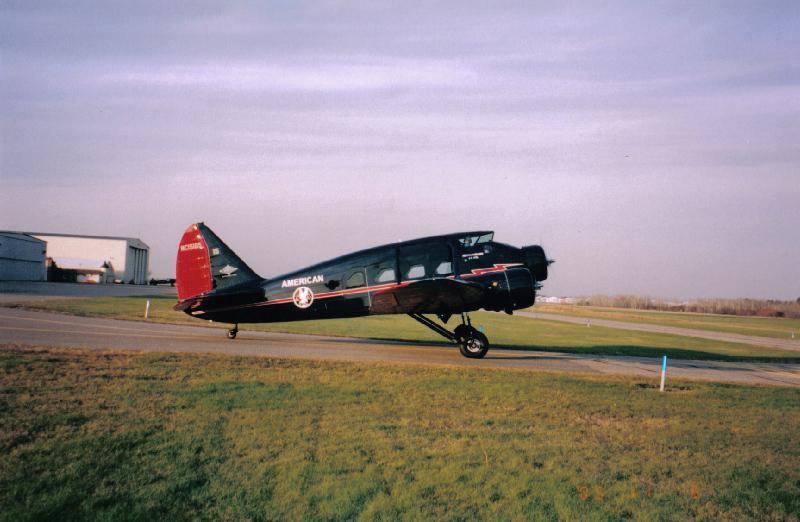 And here are a few photos of the fully restored aircraft in flight, taken by Xavier Meal. 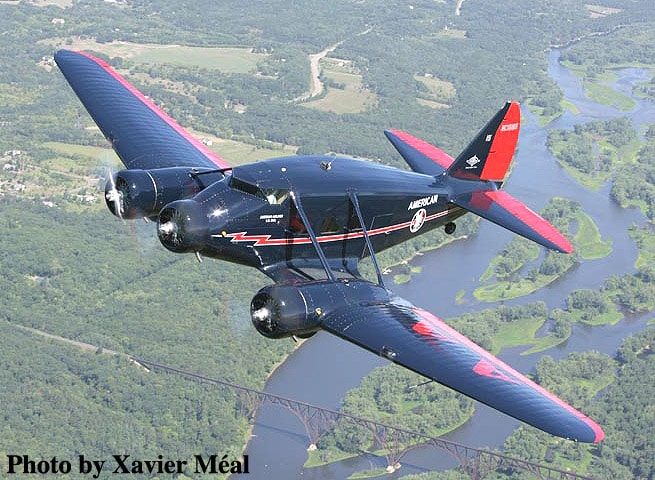 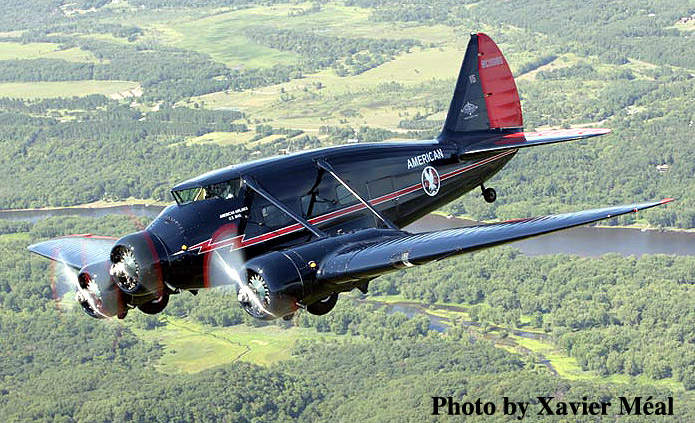 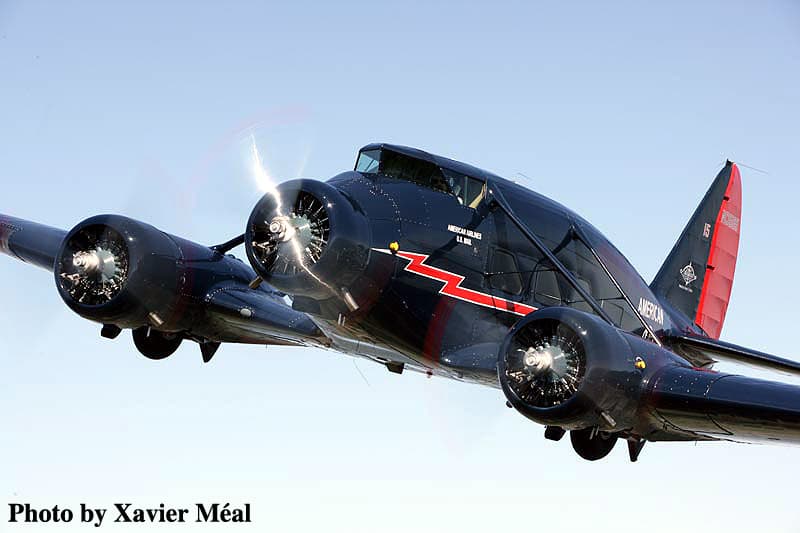 The Stinson Model A Today

A static replica of the rare 6000-A was built and used for a movie, The Riddle of the Stinson, but Gregg Herrick’s is the only flying Stinson Model A today. This restoration was difficult at times, but these unique projects are what have shaped us into the company that we have become. Being tasked with one-of-a-kind restorations puts our skills to the test, and makes our workdays more satisfying!

(All photos provided by HO Aircraft, except the featured image, provided by Tim Wilson, CC2)