We’ve all go our own list of the best airplane movies. Let’s see how yours compares to this top 10 list from Paste Magazine, which includes long-time hits such as “Top Gun” and “Airplane.” 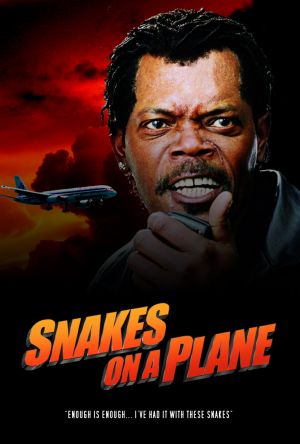 Let’s start from the bottom, David Letterman-style. Coming in at No. 8 is none other than “Alive.” Remember this one. Yuck. It’s not exactly a feel-good movie. Based on a true story about a rugby team’s plane crashing in the snow-covered Andes, the story follows the survivors’ hellish journey to, well, stay alive. What do you think? Worthy of top-10 status?

To avoid stealing all of Paste Magazine’s thunder, we’ll skip to No. 4 with another Leonardo DiCaprio film: “The Aviator.” Another dark selection, but at least there’s no cannibalism in this one.

At No. 3 is “Top Gun.” Soooo classic. Who could forget: “I feel the need … the need for speed” and ”Son, your ego is writing checks your body can’t cash.” What do you think? Do Maverick and Goose deserve such high billing?

“Air Force One” takes the No. 2 spot. Writes Brian Tremml, “Air Force One simultaneously blends thrilling action with unbridled patriotism, thanks in part to Harrison Ford’s stellar performance as America’s Commander in Chief. With a plot that holds up relatively well 15 years after its release, the audience undoubtedly finds itself rooting for the president as he fights to reclaim his plane after it is taken hostage by hijackers. Furthermore, Ford’s iconic command at the climax of the film deserves recognition on its own.”

And now for the No. 1 airplane-themed movie of all time …. Can you guess? I bet you can. Yes, it’s none of than “Airplane!” the classic comedy staring Leslie Nielsen. It’s chock-full of hilarious one-liners, including “Don’t call me Shirley.” And here’s a gem: “Ladies and gentleman, this is your stewardess speaking. We regret any inconvenience the sudden cabin movement might have caused. This is due to periodic air pockets we encountered. There’s no reason to be alarmed and we hope you enjoy the rest of your flight. By the way, is there anyone on board who knows how to fly a plane?”

Other films to crack the top 10 include “Executive Decision,” “Snakes on a Plane,” “Up in the Air,” and “Con Air.” Check out the full list here to watch trailers of each of the movies.

Sadly, the list seems focused on more recent selections, leaving out some stunning early aviation themed movies, like “Hell’s Angels,” “Only Angels Have Wings,” “Twelve O’Clock High,” and “The Blue Max.” Though the above list is fun, you really owe it to yourself to see some of these stunning, early aviation films if you’re either an aviation or movie enthusiast.