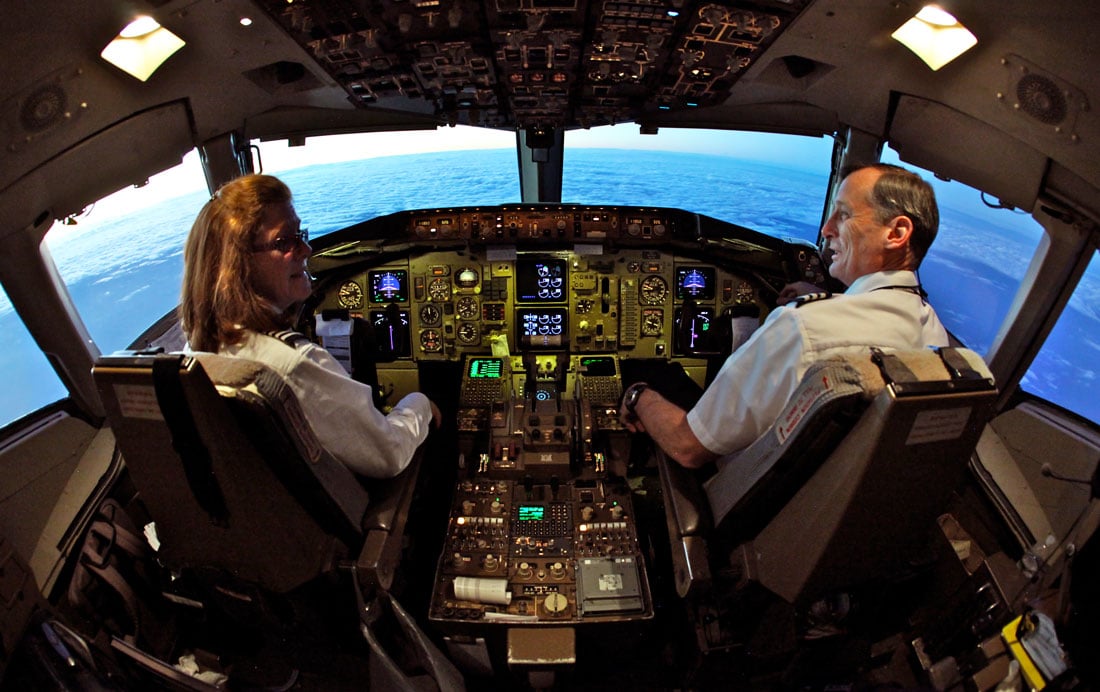 My story of becoming a pilot in Kenya and my love affair with aviation started when I was a little child aged about three.

My dad, who is a Kenyan diplomat, was sent to Somalia on assignment and I came along. This was my first time on board an aircraft and in an airport. I recall the day in black and white as we walked down the ramp on the airside to the plane which was a distance away, and passing all these huge planes I had no idea I was about to board one of them. This was an amazing adventure to me. We did the usual boarding and was allocated our seats and I remember insisting that I wanted the window seat as I still wanted to view and gaze at the planes outside despite the fact that I was actually inside one of them.

The plane took off and we passed the clouds as the plane ascended to its cruising altitude and this is where my curiosity kicked in. As every other curious child, I began with the 1001 questions and the unfortunate victim in my line of fire was dad. Now dad, who sadly has to travel a lot due to duty, is a gentleman who fears heights and flights, so having me beside him asking a lot of questions wasn’t helping his situation. And, one of my questions after a lot of cartoon watching was what would happen if the plane crashed and if the clouds below us would cushion us?

Talk of crashing was the last thing he wanted to hear and, just as he was about to shut me up, a voice came to his aid on the intercom. It was the Captain giving his brief that we had reached our cruising altitude and his estimates to Somalia. This then lead me to my next question of ‘Who is that?’ and ‘What did he just say?’ Fortunately, dad happened to know the Captain and since he didn’t have a polite way of shutting me up other than whipping me,he offered to take me to the flight deck so I could address my queries to the Captain.

So, there I was, walking up to the flight deck. The Captain was an amazing gentleman and he offered me the jump seat which, being smaller than the other seats, I assumed was for children like me, which I now know is not the case. Back then, the Boeing 727 was the airliner of choice and seeing all the lights and gauges and switches made me feel like I was in a life sized game. I ended up spending the entire flight in the flight deck smiling from ear to ear and when we landed the Captain donned his well pressed double breasted suit with gold epaulettes on the sleeves and that was the smartest man I had ever seen. If the cockpit wasn’t enough to convince me flying was for me, the Captain surely sealed the deal. As I grew older and wiser, there were other careers I toyed with but that experience never left me and it changed my life forever and made me the aviator I am now.

Leading Up to a Career in Aviation

After the initial experience of flight, I continued to fly around with dad which helped to reinforce my love affair with aviation. It was only after high school that I had to consciously make a decision as to what I wanted to do with my life. I remember taking private classes at home so as to boost my math grades which had been poor and which I needed to boost if I wanted to keep my dreams of entering flight school alive. So after passing the mandatory math, english and physics and failing chemistry and biology I turned down dad’s offer to go off to campus. This was because I could not see myself doing four years of a course I didn’t want to do. However, since flying isn’t the cheapest thing on planet Earth, I had to wait it out as funds were sourced and it’s at this point where I decided to do a diploma course in aeronautical engineering just to keep in the aviation industry.

I enrolled at a local college in Kenya for the course and it’s here that I met my best friend Wilson. We went through the three year course and literally by God’s grace, we passed the course. After that, I shared with Wilson my dreams of one day being a pilot and going to flight school. This also interested him as he did everything I suggested. So to my surprise, as I went to give the good news of graduation to my parents, they also had a surprise of their own. They said they would reward my efforts and hard work by sending me to flight school. The joy on my face, body and soul was out of this world.

So Wilson and I sat down and shopped around for a flight school and we settled on one in South Africa, as the flight costs there were cheaper compared to Kenya, probably due to low gas prices. As I was busy flight planning my departure and making last minute preparations, Wilson had already convinced his parents and got a head start, leaving for South Africa. It would take me another four months before I could join him and the delay was occasioned by one of the most scary events ever in my life.

As I was heading to the bank to cash dad’s cheque to pay for tuition and travel, I was greeted by security guards at the bank and a notice on the door which read that the bank had been placed under receivership. This was the saddest I have ever been in my life as I watched my career fade away. However, a few weeks later, by God’s grace, my parents managed to marshal friends and relatives who held a fund raiser to kick start my flight training. I am forever in debt to them for making me who I am today.

So once again there was a light at the end of the tunnel and I set off for South Africa. To my surprise, as I landed at Port Elizabeth Airport where the flight school was, it was Wilson that I first met as he was also arriving for his training.

My training experience in South Africa was as professional as it gets from both the schools and the CAA, in the sense that there was a clear hierarchy as to how the training was conducted and CAA played their part by offering services in a timely manner. During my training I managed to do my hour building in an interesting and quite revolutionary aircraft, the Reims Cessna 172 which incorporated the use of Jet A1 gas with a FADEC engine. This meant that all parameters of engine run up and fuel delivery were automated and there was no mixture lever as fuel was governed automatically. 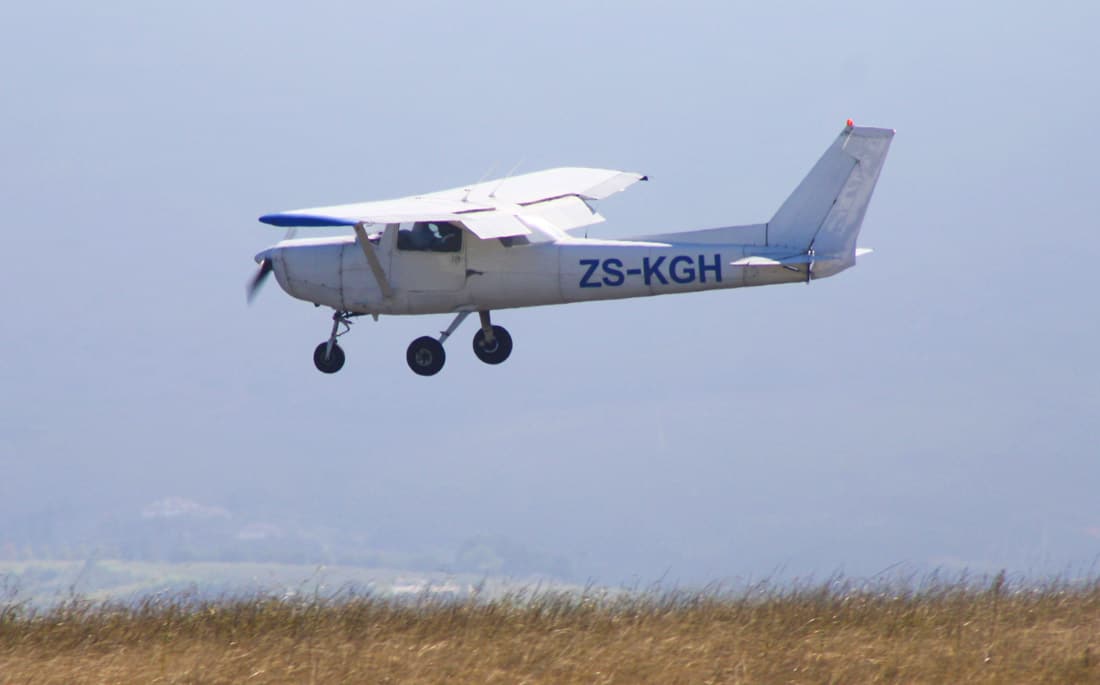 This is the question I intended to answer when I decided to quit employment as an engineer and start a company that offered the vital service of a flight simulator that I and others missed out on. So I partnered with a few fellow aviators to invest in a flight simulator. We decided to do a home built simulator [Click here to read more…]

Upon the completion of my studies I returned to Kenya and worked both in the engineering and flying department of various companies before finally settling on instructing, which to me was a more challenging path. Coming from that background of South African training, I wanted to and still strive to offer similar professionalism in the Kenyan training scene. This, however, has been a challenge due to the fact that we have a CAA that is slowly getting to the levels that are internationally accepted. I say this because of the fact that most flying is done based on loopholes in the aviation laws rather than clear set guidelines and I can’t comprehend why one cannot do a night flight on a PPL under VFR and why one cannot fly a glider or a drone and other recreational planes.

Having come so far in my aviation career and doing what I can with the flight school where I work for to offer quality and professional services, I think my next sight would be to work my way to the Kenya CAA, either through direct employment or as a consultant. As much as I may not single handedly change the system, I think it is upon all aviators to be as professional as we can in the work we conduct and blaming the system can’t be a solution or used an excuse to play along with substandard services. 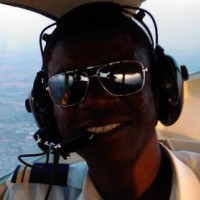 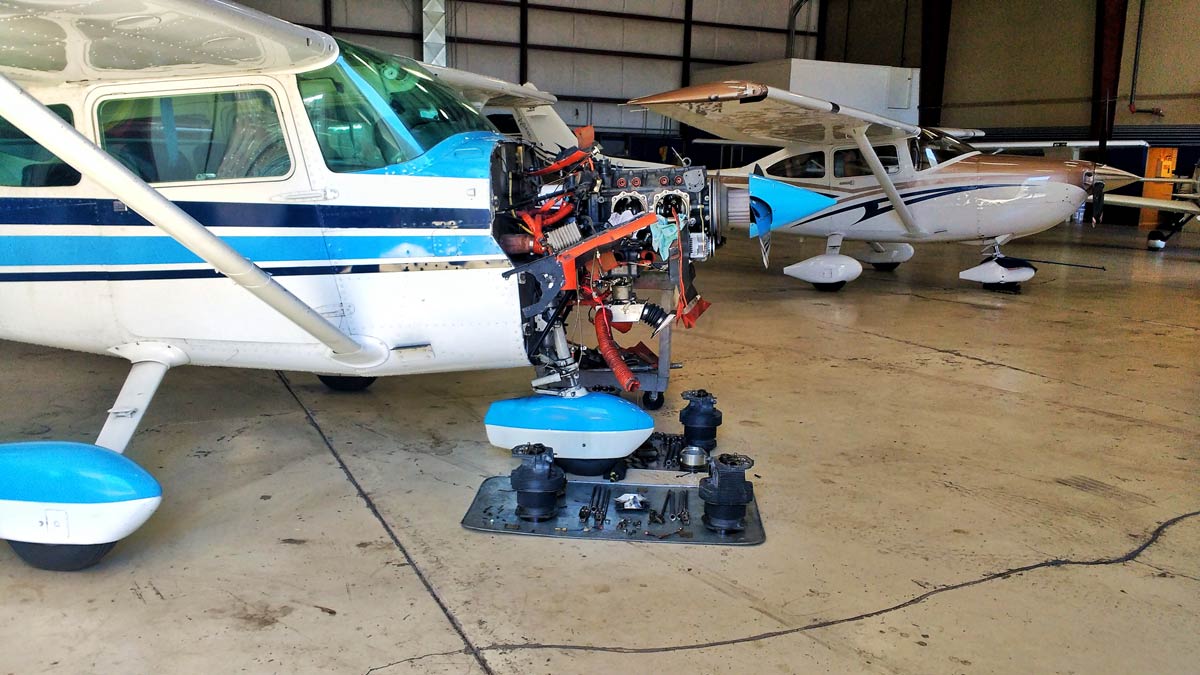