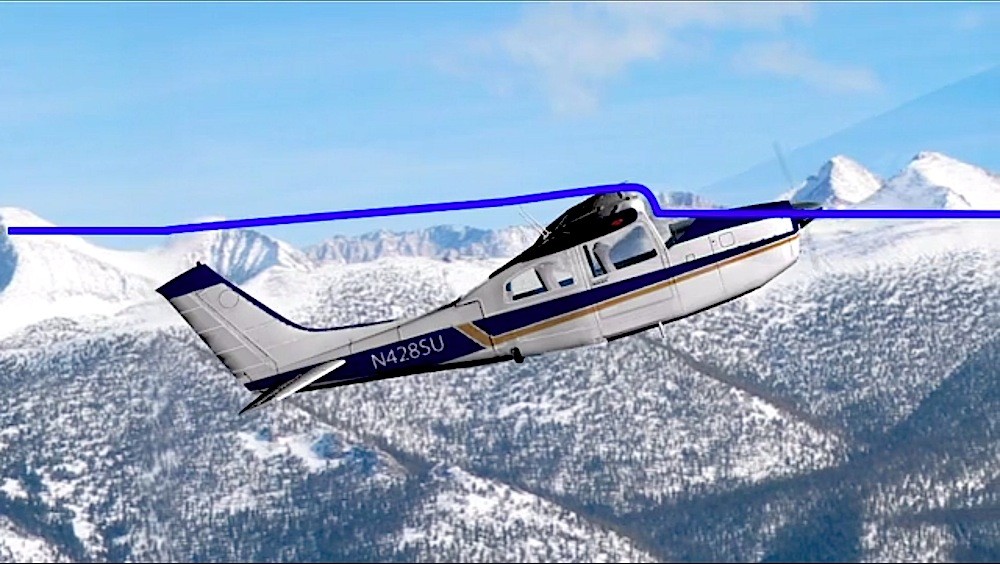 Flying will be safer and, just as important, more enjoyable if everyone is using proper aviation terminology.

So there I was. Afghanistan, 2008. We had just completed a five-hour nighttime mission and were returning to base. My pilot and I were in the lead F-15E and our wingman was in a two-mile trail formation. We were flying with our lights off to negate any possible threat of surface-to-air fire while returning to base, and because of this, my wingman was using his radar to maintain a two-mile trail position.

We told tower that we wanted to set up for a “left downwind to a left base for a straight-in.” We flew a tight downwind position, about the same distance from the runway as we are during daytime patterns. But because it was night, we weren’t going to make an aggressive descending turn to base & final like we normally do during the day. Instead, we extended our downwind and set ourselves up for a five-mile straight-in approach, using the ILS to guide us in.

It was a textbook approach and my pilot put the wheels down on the numbers and held the nose up in the air for our aerobrake. On the radio, I heard the tower call “your wingman will be overtaking you.” What does that mean? It happened too fast for me to process the information, and just then my pilot lowered the nosewheel to the ground and we both saw it: lights of an aircraft directly in front of us. 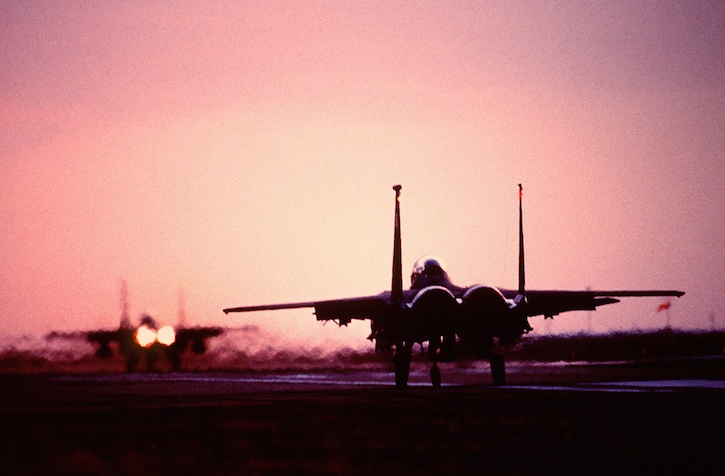 My pilot kicked the rudder over to avoid a collision. We were veering off the runway into the dirt infield, which, by the way, still contained buried mines from the Russian occupation. We swerved back towards the runway and clipped wingtips with the other aircraft. It was only then that we realized our wingman, previously two miles behind us, somehow landed in front of us.

How did this happen? It all boils down to a communication breakdown. Without overanalyzing it, we can point out a few contributing factors. During the mission briefing we weren’t precise with our intentions to set up for a five-mile final on returning to base, and we also failed to state that airborne. Our wingman never called out on the radio that he had lost both radar contact and visual contact with us and then assumed he would be okay. He also, later admitting confusion, never queried in the air what kind of approach this would be. And I didn’t ask the tower for clarification about their radio call while we were rolling out.

We were all lucky to survive that runway collision. We still had plenty of fuel and each carried about 4,000 pounds of unexpended ordnance.

Almost six hundred airline passengers weren’t as lucky when, in 1977, two Boeing 747s collided on the runway in the Canary Islands, killing 583 in the worst single aviation disaster in history.

There’s another Captain Jacob Van Zanten flying out there somewhere, right now. If his name doesn’t ring a bell, the crash that killed him, the one he’s blamed for, just might: Tenerife. It remains to this day the world’s most deadly airline accident, with 583 lives lost. March 27 marked the 40th anniversary of the infamous epic ground collision between two jumbo jets on a runway at Tenerife, in Spain’s Canary Islands, off the coast of West Africa. [Click to read more…]

This accident too had many factors, including dense fog, but the most prominent were again communication failures. One 747 started the takeoff roll after receiving its departure clearance, not takeoff clearance. They told the tower they were “at takeoff”, which could mean a number of things. Tower acknowledges with “okay” and then tells them to stand by. But that “stand by for takeoff” call was garbled when the other 747 announced they were still on the runway.

This accident resulted in many changes in the aviation community, the most notable being communications standards. The word “take off” is never to be spoken by crew nor ATC unless giving or receiving a takeoff clearance. Additionally, it was urged that English be the standard language used in aviation and that better communications standards be developed. Just like in the English language where one word can mean two completely different things, the same is true in aviation and it was important to standardize these meanings.

Are You Required to Read Back? 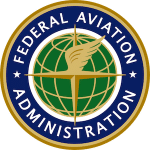 The Federal Aviation Regulations (the law) does not say anything about pilots being required to read back clearances. Only that if a pilot is confused about a clearance, they need to request clarification.

The Aeronautical Information Manual (AIM) does state in 4-4-7 that pilots “should read back those parts of ATC clearances and instructions containing altitude assignments, vectors, or runway assignments as a means of mutual verification.” But the AIM is not law, just guidance.

So then why were you taught to read back clearances?

Just imagine how busy the radios would be if pilots did not read back this information. That may seem counterintuitive, but if a pilot doesn’t hear a clearance correctly and does something else, ATC will need to come back and correct the pilot and this could result in a lengthy exchange. Or worse, an accident if the error is not caught soon enough. This “mutual verification” by read-back helps keep our skies safer.

And most important, if there is any doubt about something you heard on the radio, ask for clarification. 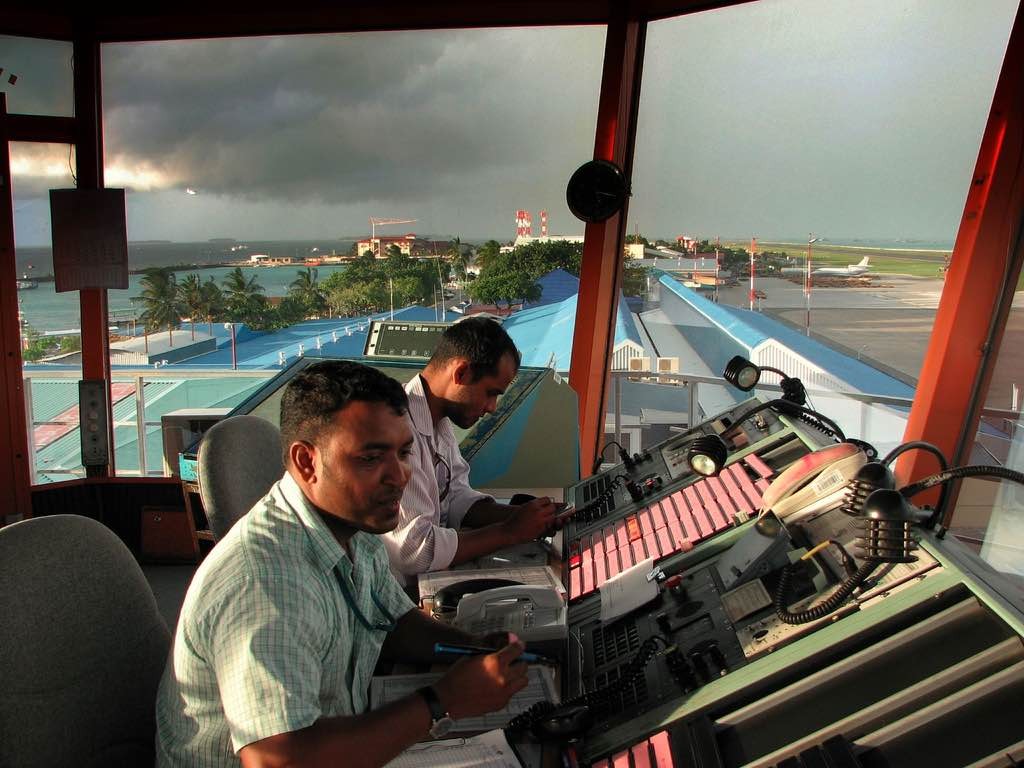 Every day I hear non-standard aviation terminology on the radio, mostly from general aviation aircraft. This usually results in some sort of “say again” transmission for clarification from the other party. Meanwhile, other aircraft needing radio time (some for safety reasons) must wait.

Have you looked at the Pilot Controller Glossary? I know during a lot of flight training the P/C Glossary is only acknowledged but not explored. It does contain a lot of information useful to both beginning pilots and old hats. I encourage you to look through it every few months for a refresher. The most commonly used terms are in bold letters but don’t just focus on those.

Additionally, check out Chapter 4 in the AIM. I know I already stated that it’s not the law, but it is the generally accepted source for communications standards.

Flying will be not only safer but just as important, more enjoyable if everyone is speaking the same language.