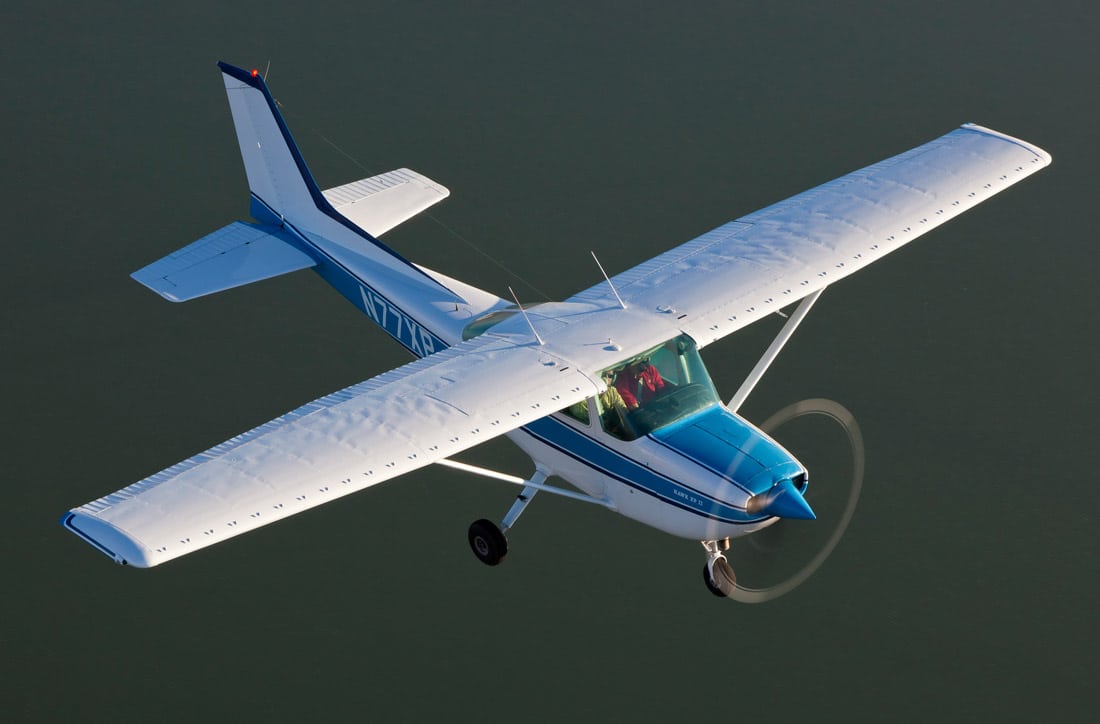 Learning to Fly With the Slovenly Pig

Terrified of Bravo: A private pilot discusses his fears regarding flying in Bravo Airspace.

I had to fly to Los Angeles for a friend . . .  This may have been the thing I dreaded more than anything else, no really, more than just about anything I have ever done in aviation.

I was weaned on horror stories of fast talking Air Traffic Controllers and “bumper-to-bumper” air traffic.  In fact, when I was studying for my private pilot I went online and listened to ATC out of LA during peak hours, you know, to try and acclimatize myself to the “language” of aviation.  I consider that a failed endeavor because all it did was reinforce the fears I already had that I would never understand what people were trying to say over the radio.

It was never my intention to avoid BRAVO airspace forever, but in my mind flying down the west coast in areas like SFO and LAX was like the pinnacle of busy airspace.  The equivalent of deciding I wanted to learn to box so I went out and got in a fight with Tyson… at least that was my impression.  I WAS working up to it, I had flown into Santa Rosa, Sacramento, and others in the area, just inching my way around in the busy airspace and getting more comfortable with it all when this bombshell was dropped on me about going into LA.

I think that sounding like an idiot over the radio may be at the root of my fears regarding a trip into the airspace down there.  I don’t know why I am the way I am but even when I’m virtually alone flying the airplane out in the sticks, I always think there’s someone watching or listening to me thinking “What an idiot!  I am gonna write that guy’s tail number down and tell everyone what a doofus this guy is.”  It causes me significant stress, real or not, and the idea of flying down into that airspace was terrifying given my particular brand of neurosis.

I was in Salt Lake the day I had to make the trip.  The plan was to depart Provo (KPVU) early in the morning and head to Lake Tahoe Truckee (KTRK), pick up my passenger at the terminal along with some fuel and depart for LA as soon as possible.  Now if you don’t know, and I don’t know how you would know, Truckee in the summer (even late summer) is a windy place.  It’s 5901 MSL and nestled in a valley surrounded by big mountains.  The pass (Donner Pass) is like a giant funnel and winds in the late morning start heading through there, turned all directions by the mountains, and it can get pretty nasty pretty quickly.  It does this every day in the summer without fail, starting at about 9:30 AM  and doesn’t stop till dark, when the winds seem to turn off like someone flipped a switch.

I’m in an 182H with a cruise speed of about 120 KIAS at 12,500 feet and 62 gallons of fuel on board.  I generally like to stop in Elko, Nevada, and fuel up, but since I was trying to beat the winds (not gonna happen) I just did it non-stop.  I lucked out the day of, when Salt Lake approach offered me a direct course through the masses of restricted airspace that cover northern Nevada, saving me about an hour fight time.

The winds are ALWAYS out of the southwest and so I planned for a nice 20-knot headwind, which was the case.  Nonetheless, I made it to Truckee by 11:30 am with a 7 AM departure from Provo.  My passenger was there waiting and after fueling, we were off again.  Winds were 18-29 knots gusting and of course a crosswind.  Now given that I already had a bad attitude about this flight, all these discomforts were stacking up to really put me in a foul mood, so when my passenger got in the plane all smiles and hellos, I was having none of it.

It was about 82 degrees at that point and although the runway is long at Truckee, I still was further stressed by the lack of climb performance in those windy, bumpy conditions over mountains and tall pines.  I won’t repeat the exact words that were going through my head as I struggled to climb out of the mountains and over to the west face but they were … colorful.

As we climbed over the mountains to the west I was forced to confront the fact that I was in a terrible mood and it was rather unjustified.  If I had not wanted to make this flight then why did I agree to do it?  And if I agreed to do it, then why was I so miserable?

I lashed out at my own thoughts stating that I was worried that my abilities to make this trip were inadequate and I got pressured by someone else’s “need” into attempting it!

To which my conscience replied with a sort of sarcasm, saying “Someone pressured YOU into doing something you didn’t want to do?”  I was forced to confess, “No . . .  not really.”  Did I really believe I lacked the ability and skills to make this flight?  “No” again.  Then why WAS I doing this?  I was tired and I don’t like flying in these conditions.

It was about this point in the conversation with myself that I reached our first forest fire to the southwest.

It was small looking off in the distance, but as I flew closer (east of the TFR area) the enormity of what I was seeing became clear and suddenly my ire was redirected to consumer Drones.

Those S.O.B.s!  How could they even think of flying their stupid little cameras into that area, impeding the fire teams from air support.  The task of fighting that fire seemed to me to be insurmountable, a ridiculous contest between man and nature gone mad!

My brain decided to speak up again: “Motivation determines what we do,” it said.  I, of course, knew somewhere down deep why I was motivated to make this flight, even in these conditions and even against my own will.  I was doing it because I believed I could do it.

I descended into a little airport in Porterville, California for fuel.  The airplane was hot, the OAT was unlivable.  Dropping into the pattern I was once again caught off-guard by the increase in performance so close to sea level.  The engine sounded different, ran more intensely, and everything was happening much faster and although this was not new to me, I found myself a little behind the eight-ball so to speak in the pattern and my stress levels climbed.  Looking back I can see that I take those things to be evidence that I am truly not ready to be flying an airplane at all!

Landing there, I taxied over and parked the aircraft deciding to go for a little walk to calm myself and assess the flight ahead.  “Who lives in this heat!?!”  I said to no one as I imagined SOCAL approach speaking at break-neck speeds and me replying “please repeat” over and over.  I just knew that controllers would be frustrated by my presence and other people in danger as this “rogue pilot” lummoxed around, lost in space.   “What an idiot.”

Again I asked myself WHY was I doing this?  And again that little part of me answered that I knew what to do, I knew how to do it, and I really believed that I was going to make this flight just fine.

To which my conscience promptly added, “Attitude determines how well you do, what you are determined to do.”  I knew then as clearly as I have ever known anything that if I were to fail it would not be because I did not have the skills and knowledge but rather I would make the very mistakes I was afraid of making because I was afraid and would blow the situation out of proportion becoming too stressed out and unavailable to do the job at hand.  I needed a cool head.

It was good that I realized this because there were some challenges.  I flew into Fullerton airport near LAX and what a cool little airport that is.   I had a great time with SOCAL approach and no, they did not speak too fast, in fact, it was exactly like just about all other experiences I had with ATC.  A SurfAir PC-12 and I even had some laughs as he overtook me at 130 knots.  The flight was wonderful, as most are when you don’t get in your own way and that’s kinda the reason I decided to write this article: to remind us, and to cement in my own head the lesson learned.

Ability is what you’re capable of doing. Motivation determines what you do. Attitude determines how well you do it.