During February, the FAA was notified of several incidents in which low flight hour mufflers had cracked "where the muffler can is joined to the overboard tube beneath the heat shroud."
Anders Clark, June 28, 2017
6.4K 0
Home » Aviation Articles » News » FAA Issues SAIB for Aviat Husky A-1, A-1A, A-1B, and A-1C-180 Models
7
SHARES
ShareTweet

The FAA feels that the concern detailed in SAIB CE-17-18 does not warrant an airworthiness directive at this time.

The FAA is issuing a Special Airworthiness Information Bulletin (SAIB CE-17-18) to alert owners and operators of Aviat Husky aircraft, Models A-1, A1A, A-1B, and A-1C-180, to an airworthiness concern with “the possibility of low flight hour muffler cracking.”

During February, the FAA was notified of several incidents in which low flight hour mufflers had cracked “where the muffler can is joined to the overboard tube beneath the heat shroud.” One cracked muffler, discovered during an annual inspection, had 60.6 hours time-in-service (TIS). Another muffler, discovered during a 100 flight hour inspection, had 70 hours TIS. And a third cracked muffler, with only 50 hours TIS, was discovered after excessive play was found during a pre-flight inspection.

At this time, the FAA recommends that all owners/operators of the specified Husky models adhere to the Instructions for Continued Airworthiness, which require an “annual or not-to-exceed 100 flight hour inspection for cracks in the muffler can with the heat shroud removed.” If cracks are found where the muffler can is joined to the overboard tube, it is recommended that the muffler should be replaced rather than weld repaired.

In addition, the FAA recommends that the fuselage exhaust pipe exit be examined as part of each pre-flight in order to detect any evidence of the exhaust pipe rubbing against the skin. If any evidence of rubbing is found, the agency suggests moving forward with the 100-hour inspection for cracking. Finally, if cracks are found during the inspection, it is requested that this information is reported to Aviat, along with the muffler TIS, and whether there are any marks on the muffler, generally found on the overboard tube, that indicate a manufacturing lot or manufacturing date.

To read a copy of the SAIB, click here.

The Aviat Husky: Challenging, but Quality Built and Safe 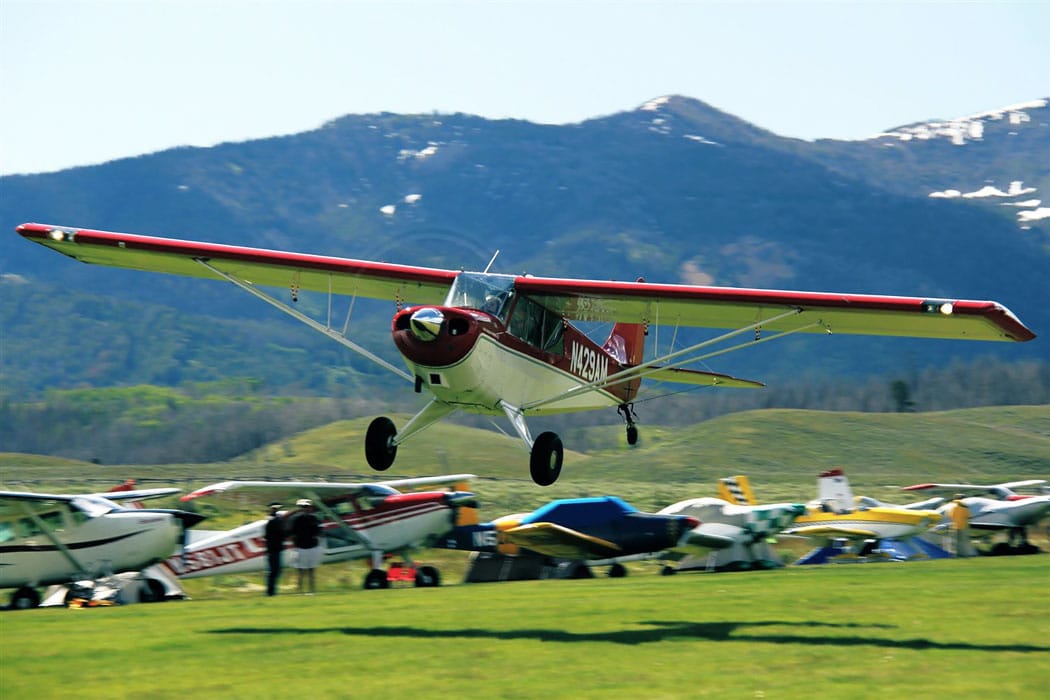 Most pilots know the Aviat Husky is a modern, tandem-seat bush plane capable of operating in and out of short and/or rough fields. But not so many know the history of this aircraft. Nobody is better equipped to tell this tale than Bob Hoff, who took delivery of the very first Husky sold and then proceeded to sell Huskys for the next 21 years as America’s #1 Husky dealer. [Read More]