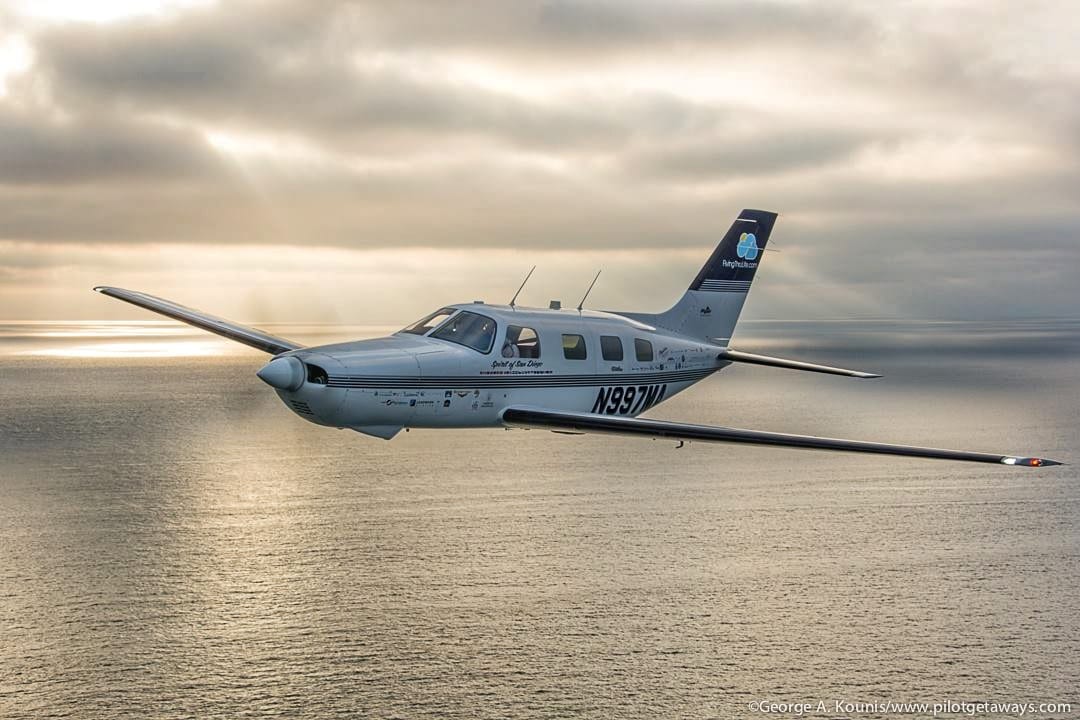 A geek is not a nerd!

A nerd is, by definition: “The people you pick on in high school and wind up working for as an adult”  Still confused?  Here’s photo of the nerd as you knew them in school: 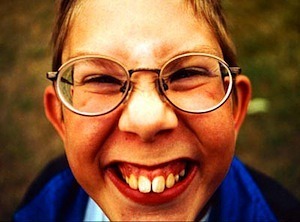 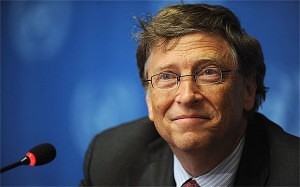 Okay, so what IS a Geek?  Well lets start by defining a geek: “To engage in or discuss something obsessively or with great attention to technical detail.”  That’s right, a geek is not a type of human, but rather an activity common to certain humans.  As a point-of-fact not just anyone can be a nerd, but just about anyone can “Geek-Out”.  In fact some people in Aviation have made a proper and respectable gig out of it.  As an aviator, as a fan of both the Nerd and Geek, I would like to introduce you to our favorite Geeks in Aviation:

Max is now retired, but he spent 35 years in the aviation industry with a jet engine OEM. His online aviation content started with the Thirty Thousand Feet aviation directory back in 1996 when it was hard to find aviation resources online. That single short web page has grown (some would say pathologically) to include links to over 20,000 aviation resources that span commercial, military, and general aviation.

These days, Max focuses his online activity on aviation podcasts. He co-founded the Airplane Geeks podcast in 2008 with Courtney Miller, which grew to be one of the premier aviation podcasts. He also produces The UAV Digest with David Vanderhoof. That weekly show covers unmanned aerial vehicles and systems. In addition, Max co-hosts the PaxEx Podcast with airline passenger experience industry expert Mary Kirby. That show is part of Mary’s Runway Girl Network, an excellent source for airline news and topics.

Max is proof that you don’t need to be a pilot to be an airplane geek. Which is good because he’s too cheap to ever get a pilot’s license, let alone hold any financial interest in an airplane more expensive than a desktop display model.

Robert Mark, is a 35-year aviation-industry thought leader. He’s the Chief Executive Officer ofCommAvia, an aviation marketing-communications group that tells the stories of airports and aviation businesses their customers need to hear.

A commercial pilot all his adult life – airline, business aviation, charter and flight instruction – he’s logged nearly 7,000 hours in aircraft as small as the two-place Aeronca Champ to the massive, double-deck Airbus A-380. A social media geek the past five years, Robert Mark edits the award-winning aviation industry blog Jetwhine.com.

Rob has been a contributing editor to Aviation International News andBusiness Jet Traveler magazines the past decade and was named, in both 2004 and 2009, the Airbus Aerospace Journalist of the Year at the Paris Air Show. He also writes for Forbes.com. Rob is an adjunct faculty member at Northwestern University’s Medill School of Journalism. He’s also a member of the editorial board of the Northwestern University magazine.

A professional speaker and voiceover talent, Rob has engaged audiences on a variety of business marketing and emerging media topics. He’s appeared as an aviation-industry expert on PBS, CNN, CBS, WGN and NBC TV, in additional to being a regular aviation commentator on the Fox News Network.

In 1998-99 he served as president of the Chicago chapter of the International Association of Business Communicators and currently serves as a chapter advocate for IABC’s Pacific Plains Regional Board. Rob received his Master of Science degree from the Integrated Marketing Communications program at Northwestern University’s Medill School of Journalism.

David is not a 35 year professional anything yet!

David grew up around aircraft. His father was Base Civil Engineer for the USAF 913th TAG at Willow Grove, PA. His first toy was an airplane; from that point on he never stopped looking up. David graduated from Temple University with a degree in Military History and Diplomacy, focusing on the air wars of the Middle East. Realizing that there was no money in knowing about the Air Orders of Battle of Israel and the rest of the Middle Eastern States, and he needed to eat, he eventually landed in a career as a marketing professional.

David has climbed the ranks of the podcasting world. Starting first, as a Geek’s listener. Then with the power of an email became a weekly contributor, as AGP’s Historian. Eventually he joined the team as a co-host and resident expert on tankers. David now also co-hosts and produces The UAV Digest podcast with Max. David is also under a “Code Sharing” agreement as a contributor to the Plane Crazy Down Under Podcast.

David is a plastic modeler, photographer, and reader. You will always find him paging through books looking up some obscure piece of information, or “geeking” out on the latest episode of Doctor Who!

“On the face of it, the Airplane Geeks podcast is a weekly audio program enjoyed by aviation professionals and enthusiasts. All aspects of aviation are fair game: commercial, military, and general aviation.

But in reality, Airplane Geeks is more significantly a community of people who are passionate about aviation. Of course, that community includes the show’s hosts: Max Flight the jet engine guy, Rob Mark the commercial pilot and aviation journalist, and David Vanderhoof the aviation historian and military aviation expert.

That passionate community also includes the guests on the show. Every one of the aviation journalists, consultants, industry analysts, authors, pilots, and executives from the airlines, airframers, and engine companies loves aviation. Same for the prominent aviation bloggers, government employees, leasing company leaders, and all the others that have appeared on Airplane Geeks.

But the real magic comes from the part of the community that listens to the show each week. Our listeners are active participants. They engage in discussions in social media like Twitter, Facebook, and in our Google+ Community. They send us enormous volumes of email to offer topic suggestions and to extend conversations from the podcast. Our listeners ask questions, provide answers to questions posed by other listeners, and even contribute content for the show.

In a favorite segment of the podcast, listeners send in recorded stories – memorable aviation experiences like first flights or descriptions of how that one person influenced their love of aviation. These are personal stories, from the heart, and they have a way of touching us all in some way.

This kind of involvement has even led some listeners to create their own aviation podcasts. Plane Crazy Down Under looks at aviation from an Australia/Pacific point of view, and hosts Steve Visscher and Grant McHerron provide their Australia Desk segment each week. Pieter Johnson created Xtended with Tim Robinson from the Royal Aeronautical Society and Gareth Stringer from Global Aviation Resource. Pieter’s Across the Pond segment airs each week as a segment in Airplane Geeks with the European perspective.

Airplane Geeks hosts have also spun off other podcasts. Max and David produce The UAV Digest, which looks at unmanned aerial vehicles and systems – a segment of aviation that is getting ready to take off. Max also co-hosts the PaxEx Podcast with airline passenger experience expert Mary Kirby from the Runwaygirl Network. Airplane Geeks host Rob Mark, who appears often as an aviation commentator on television, started the Aviation Minute where you’ll hear a bold opinion about one critical industry topic in a couple of minutes.

The point of all this is that Airplane Geeks is less about some guys recording a show, and more about informing and entertaining an audience of engaged enthusiasts and professionals who are part of the show.

It’s so much fun that we’ve been doing this since 2008. That’s a long run for a podcast.

Sometimes it’s challenging to pull off. David is in Philadelphia, Max is in Hartford, and Rob is in Chicago. We record over Skype. We actually produced episodes for a couple of years before we even met each other in person. That occurred a couple of years ago when we were invited to the Smithsonian’s National Air & Space Museum for their annual Become a Pilot Day event. Finally meeting proved that a person’s “radio voice” doesn’t tell you anything about what a person looks like. But we got along, kept podcasting, and the NASM keeps inviting us back each year where we get to immerse ourselves in the Museum and also meet our listeners.

So to boil it all down, Airplane Geeks is something larger than the voices in your earbuds. It’s about a love for learning things about aviation that you didn’t know were interesting. Mostly it’s about community. And we wouldn’t have it any other way.”

So, in summation, if you are a pilot, enthusiast, or a geek you should not only check out their website, join the podcast, and Geek-Out with them, but you should get yourself a T-shirt…

Why?  To support a great team that is putting in a lot of time and effort to keep our passion of Aviation fun, informative and a great community to belong to.